Johnny Nicholas Presents ‘Moon and the Stars: A Tribute to Moon Mullican’

The expressive new renditions of his songs on this tribute pulse with the same passion and artistic commitment that Mullican brought to the originals. 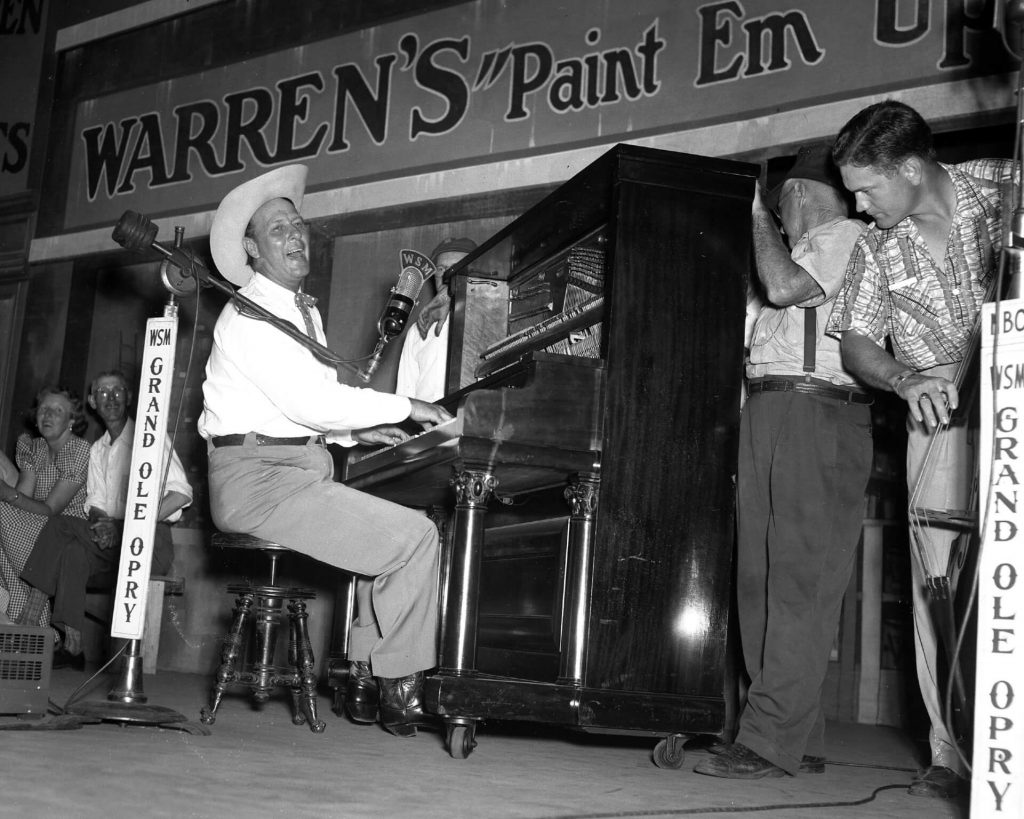 Legendary roots music all-star and self-avowed Moon Mullican music fan Johnny Nicholas announces the upcoming release of an exciting two-volume set, Moon and the Stars: A Tribute to Moon Mullican, coming on vinyl release January 27, 2023. A combined set of both volumes on one CD will arrive shortly thereafter, with each package including liner notes by acclaimed music journalist Ben Sandmel. The albums will be distributed in the North America by Select-O-Hits and in Europe by Bear Family Records.

“Chances are, if you haven’t heard of Moon Mullican, you’ve either heard his music or felt his influence,” writes Ben Sandmel in his liner notes. “Revered for perfecting a wildly eclectic yet seamlessly organic blend of genres, Aubrey “Moon” Mullican (1909 – 1967) was an agile piano player and a fervent singer who described the rambunctious side of his hybrid repertoire as ‘East Texas sock’ that could ‘make goddamn beer bottles jump on the tables!’

More than half a century later, Mullican continues to inspire people who appreciate the soulful spirit, the remarkable breadth, and the consistent high quality of his work. The expressive new renditions of his songs on this tribute, co-produced by Nicholas and Joel Savoy, pulse with the same passion and artistic commitment that Mullican brought to the originals. Collectively they touch on every facet of Mullican’s music, from torrid and toe-tapping to touching and tender. Yes indeed, Moon Mullican played it all.”

This two-volume set of this brand new tribute to Moon comes straight from the Louisiana bayous and the Texas Hill Country, presented by Valcour Records’ recording artist and former Asleep at the Wheel frontman Johnny Nicholas, along with an all-star cast paying homage to this rather unsung hero of American Roots music.

“I was first turned on to Moon Mullican by Danny Erlewine in Ann Arbor, Michigan around 1971,” recalls Nicholas. “I was impressed and I dug his Starday/King LP, but didn’t realize that it was just the tip of the iceberg. When we opened a show for Commander Cody at Hill Auditorium, the Commander invited us out to the East Bay to play music with them and a bunch of hippies in cowboy hats named Asleep At The Wheel, who had just moved there from West Virginia. We were playing stone cold Chicago blues and boogie at the time, but we dug them and they dug us. We all shared gigs and sometimes brought home as much as $15.00 per man! I was sitting around one day with Lucky and Leroy and Ray and said, ‘Hey, you guys ever heard of Moon Mullican?,’ and they all responded in the affirmative and with great enthusiasm.

“Considering the scope of Moon Mullican’s repertoire and his enormous talents and legacy, he remains today grossly under-recognized and under-appreciated. This project was a labor of love and represents a wish by all of us involved to honor one of our heroes and bring some long overdue recognition to the ‘King of the Honky Tonk Piano Players.’ On every track, I asked each artist to put their own stamp of originality upon the songs and the arrangements.

As you would expect with veteran artists and roots music legends like Linda Gail Lewis, Augie Meyers, Peter Rowan, Steve Riley, Earl P Ball, Los Texmaniacs, Floyd Domino, and Danny Levin, this was accomplished in spades. However, the arrangements and performances by the lesser- known younger artists like Katie Shore, Tif Lamson, Emily Gimble and Kelli Jones are as powerful and compelling in their originality and performance as any on the record. The superb backing by Scrappy Jud Newcomb, Rusty Blake, Chris Maresh, Greg Piccolo, Joel Savoy and Trey Boudreaux cannot go without mention.”

“Moon Mullican was a great friend and a wonderful music man!!!! Last time I saw him I gave him and Roy Orbison 50 dollars.” –  Jerry Lee Lewis, May 2022

Johnny Nicholas has scheduled several shows in advance of the Moon Mullican Tribute Album release featuring many of the artists on the albums: