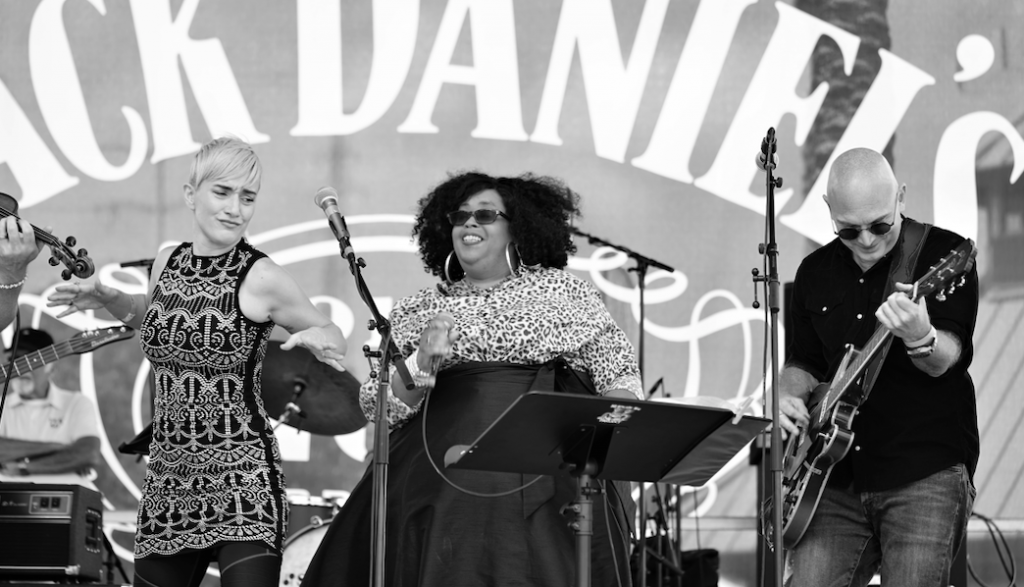 New Orleans-based/Louisiana-born musicians are commanding attention from the Americana world. Whereas Americana is primarily string-based, New Orleans – AKA the birthplace of jazz – has long been associated with its brass band traditions. And while Nashville remains the ultimate objective of Americana artists everywhere, there is an increasing amount of homegrown New Orleans Americana talent stepping rightfully onto the national stage. Take recent Grammy winners Jon Batiste and Lost Bayou Ramblers, for example, as well as the breakout successes of folk rock diva Lilli Lewis, singer-songwriter/guitarist Joy Clark, and country trio Chapel Hart.

“Americana music is always pushing the boundaries of received definitions of genre,” Jim McCormick states. The New Orleans-based multi platinum-selling songwriter has achieved three #1 songs on the Billboard Country Airplay chart. Joy Clark has earned a place in Allison Russell’s band currently on tour with Brandi Carlile, and established acts like Hurray for the Riff Raff and Americana Fest showcasing artists Leyla McCalla and The Deslondes are all touring new albums.

“What makes New Orleans great is you can break all the musical rules,” singer-songwriter/guitarist Jeremy Joyce says. Lilli Lewis, too, realizes that the definition of Americana depends on who you ask. Last year saw the release of her album Americana – the sound of her country soul circling back to the dirt road she grew up on but also a bonafide roots album given that title because its stories and sensibilities are foundational to American music.

“In the genre, a lot of stories get left behind,” Lewis told me in an interview. “I wanted to give voice to some stories that might not be included in the lexicon of American stories, and yet we’re listening to them every day.” Last year also found Lewis part of Rolling Stone’s AmericanaFest 2021: Best Things We Saw piece, as well as in NPR’s All Songs Considered Top 10.

“Americana artists in New Orleans often feel we’re swimming upstream thanks to the perception that the main thrust of Louisiana music exports centers around funk, trad jazz, blues, and Mardi Gras music,” explains Lewis. “But after spending eight years running a Louisiana label centered around that, I realized it could all be viewed as Americana with a widened lens. I’m excited that those of us who claim that moniker are forming a community, and it only makes sense to bring our scene to Nashville.”