'He May Be Your Man… But He Comes To See Me Sometimes!' was reissued via Delmark Records in 1993 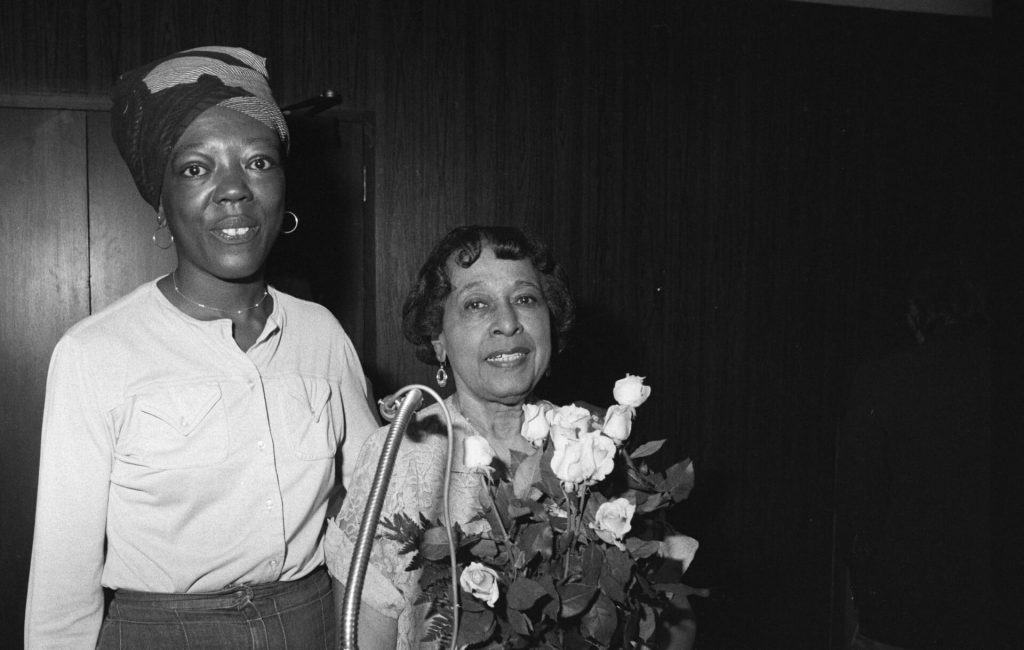 Welcome to Windy City Wednesday. In this weekly offering from American Blues Scene we share classic and sometimes forgotten blues albums from some of the most iconic Chicago blues men and women ever to grace wax. This edition focuses on the album He May Be Your Man…But He Comes to See Me Sometimes! by Edith Wilson.

Edith Wilson With Little Brother Montgomery And The State Street Swingers’ ‎He May Be Your Man… But He Comes To See Me Sometimes! was recorded at Sound Studios, Chicago, Illinois on July 5th and September 3rd, 1973 and April 16th, 1975.

Wilson handled the vocals while Little Brother Montgomery was on piano. Other artists included Ed Wilkinson and Truck Parham on bass; Franz Jackson and Oliver Alcorn on clarinet; Le Roi Nabors and Leon Scott on trumpet; Preston Jackson on trombone; Ikey Robinson on guitar and banjo; and drummer Red Saunders.

Wilson was born Edith Goodall on September 2nd, 1896 in Louisville, Kentucky. Her first professional experience was when she joined the act of Lena and Danny Wilson in 1919. Danny was a pianist who was trained at a music conservatory in Charleston, South Carolina and urged his sister Lena and Edith to sing other song forms as well as blues. Edith married Danny in 1921 and stayed with him until his death in 1928. Also in 1921, Edith was signed by Columbia Records which recorded her with Johnny Dunn’s Jazz Hounds.

Edith Wilson became the third black woman to make phonograph records and spent many long and productive years in the entertainment field. While she is generally classified with the vaudeville blues singers (based on her early recordings), this is not a fair summation of her career, which included success on the stage, screen, radio and television, in addition to the recordings for which she is best remembered by jazz collectors. A versatile vocalist, Edith sang with the Thousand Pounds of Harmony, comprised of Louis Armstrong, Fats Waller and herself, as well as a number of Broadway revues, including Blackbirds, the Lew Leslie Plantation Review, and The Hot Chocolates Revue.

She appeared on radio and television shows, movies and was a featured entertainer with the USO during World War II. During that time, she met Millard Wilson, serendipitously with the same last name, and they married in 1947. In 1948 she became the face of Aunt Jemima appearing in television commercials and in live appearances as the character. Quaker Oats ended local appearances for Aunt Jemima in 1965, and terminated her employment in 1966.

In 1963, Wilson became executive secretary for the Negro Actors Guild, and was involved with the National Association of Negro Musicians into the ’70s. Her musical comeback came in 1973 when she sang with Eubie Blake, Terry Waldo, and with Little Brother Montgomery on this 1976 release.

Wilson’s last performance came at the 1980 Newport Jazz Festival. She died in Chicago on March 31st, 1981 and is buried at Mt. Glenwood Cemetery in Thorton, Illinois.

Purchase Edith Wilson – He May Be Your Man… But He Comes To See Me Sometimes! from Delmark Records