The Black Crowes hit the stage to celebrate the 30th anniversary of their five time multi-platinum release 'Shake Your Money Maker.' 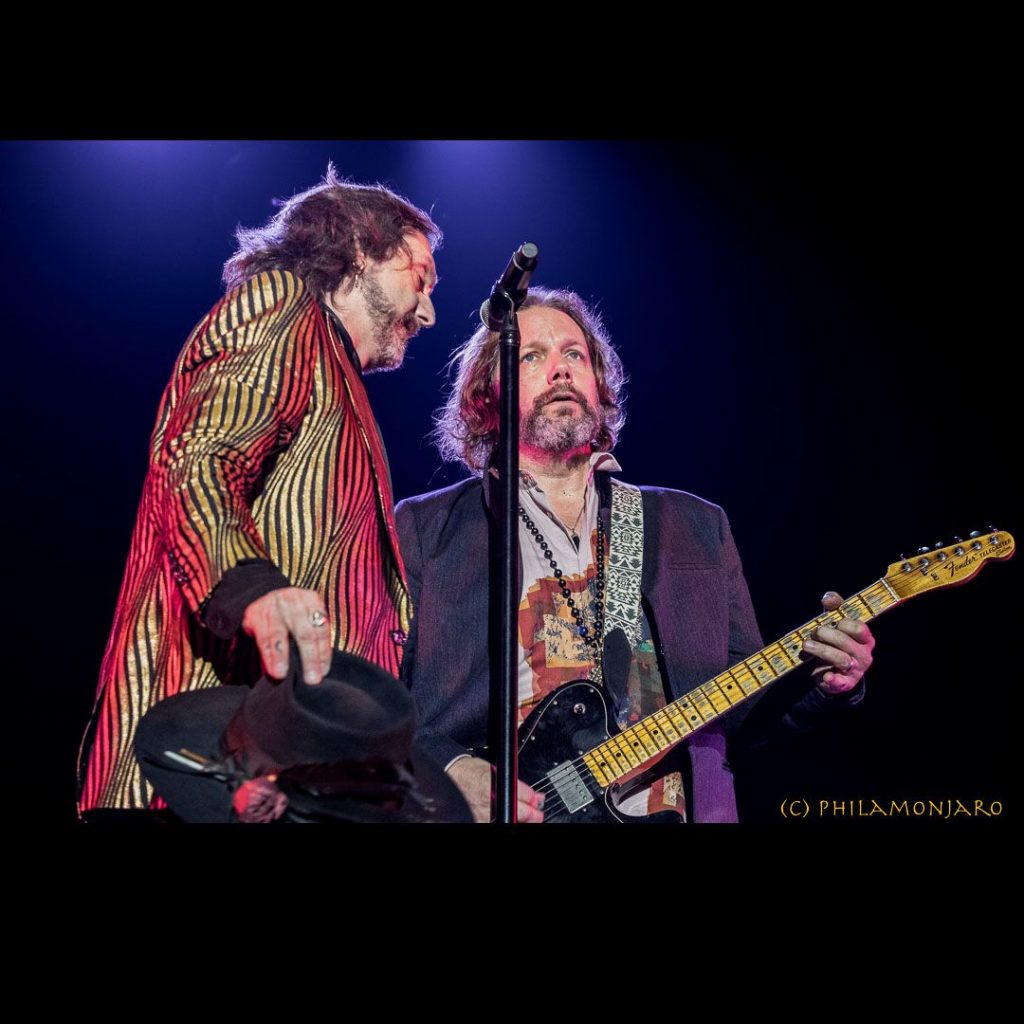 The dark stage was solely illuminated by the internally-lit, multi-color glow of vintage Wurlitzer, bubbler-style jukebox (circa 1940s). Under a spotlight, a sharply-dressed woman walked up, dropped a coin prompting a 45 recording of Elmore James’ 1961, 12-bar blues song “Shake Your Money Maker” to blare out of the sound system. The appropriate homage to the band’s musical core.

Nonchalantly the woman shimmied her way up stage to a bar. Faintly lit, the band was facing backs-to-the stage – all gathered around a classic long saloon bar being served by a bartender. They hoisted their drinks, clinked glasses for a toast. Some bands huddle, this one has a shot. Fading to black, they sauntered to position as lights revealed a full-blown stage that looked like an American south vignette. Complete with a juke-joint front porch, back-up singers Mackenzie Adams and Leslie Grant were perched there. This was an incredibly cool theatrical setting for an evening of rootsy, southern rock and roll.

Next a single spotlight on Rich Robinson as he belted out the opening chords of “Twice as Hard,” the opening track from their debut 1990 release Shake Your Money Maker. After a few bars of the catchy guitar riff, the band kicked in, the stage lit up brilliantly and brother Chris Robinson pranced out waving an ornate, mardi gras-style parasol. He revved up the audience immediately into a frenzy.

The band continued playing SYMM song by song in track order. Their defining version of Otis Reddings’ “Hard to Handle” stood out as a favorite. And a defining single and music video from the album. The set continues with other favorites “Goodbye Daughters of the Revolution,” “By Your Side,” “Wiser Time,” “Thorn in My Pride,” and “Remedy” before closing with an encore of David Bowie’s “Moonage Daydream.”

The all-new line up was tight. Guitarist Isaiah Mitchell (from Earthless) complimented Rich’s guitar with brilliant fretwork. Session bassist Tim Lafave held the low end with Brian Griffin on drums making for a tight rhythm section. Together their resumes are quite extensive. And former Tedeschi Trucks Band member Joel Robinow laid down the keyboard work rounding out the band’s live ensemble.

Infamously known as feuding rock and roll brothers – as with The Kinks’ Ray and Dave Davies, Oasis’s Noel and Liam Gallagher – Chris and Rich Robinson have mended their differences. Two years ago they broke news by making amends and restored their relationship after a six-year silence. And to the favor of fans, they pulled this tour together. As they conclude the European leg of the tour, let’s hope this could be a new chapter for the Robinson brothers.