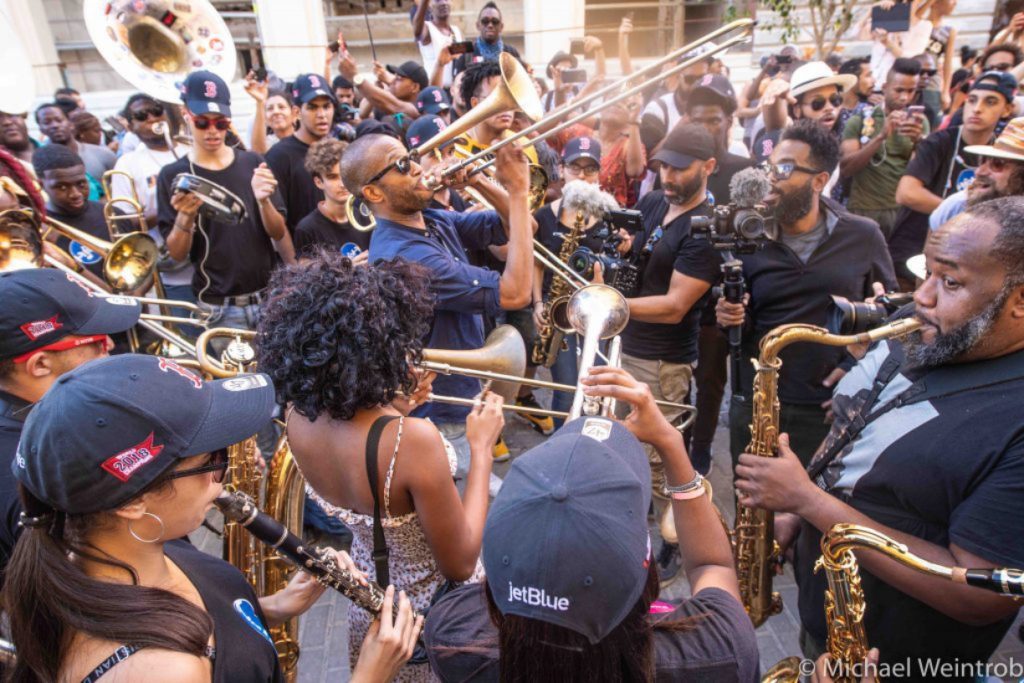 Trombone Shorty is leading a once-in-a-lifetime opportunity to experience the music and culture of New Orleans and Cuba, and celebrate the longstanding cultural connections between the two places. In partnership with his Trombone Shorty Foundation, Trombone Shorty, aka Troy Andrews, and Cuba Educational Travel will present “The Havana Funk Expedition,” a five-day cultural exchange trip from January 12 – 16, 2023 featuring Cimafunk, Galactic and Trombone Shorty & Orleans Avenue.

Troy, who visited Cuba as a young man and was impacted by the music and culture as well as the experience to travel abroad, returns to the island accompanied by a dozen young New Orleans musicians that are part of his Trombone Shorty Foundation. Troy will be leading a funky, musical exploration of New Orleans and Cuba through leading jam sessions, workshops, and intimate performances and collaborating with young Cuban music students, music schools and community programs. The “Havana Funk Expedition” will feature school visits, recording sessions and behind-the-scenes art, dance, music, and culinary experiences with a focus on Cuba’s African roots and longstanding connection with New Orleans and black culture. This is the second trip that Troy will lead to Cuba. Troy and his Foundation previously led a similar trip to Cuba in 2019 with Cimafunk and Tank and the Bangas.

The idea of leading a trip to Cuba came to Troy as a way to bring together the music of New Orleans and Cuba in a powerful expression of the sound and soul these two special places share. The program provides an immersive experience into Cuban culture for young New Orleans musicians from the Trombone Shorty Foundation, the majority of whom will be experiencing the country for the first time. GRAMMY-nominated Cuban Rockstar, Cimafunk, who is known for blending AfroCuban music with soul, hip hop and funk, will serve as the Cuban host, working with Troy to curate a high-impact, deeply immersive experience. All of the participating musicians, both from Cuba and New Orleans, come from deeply rooted traditions dating back hundreds of years. The “Havana Funk Expedition” will celebrate and honor that heritage, while also looking to the future by embedding their music with fresh perspectives.

The heartbeat of New Orleans culture is a mix of food, community and music and it’s the same thing in Cuba which makes it feel like a familiar place to me. I first went to Cuba in 1998 with my brother James Andrews for a cultural exchange between the musicians of Cuba and New Orleans. Same thing we’re doing today. I never forgot the musical impact it had on me and I hope I can have that impact on the young musicians who are part of my foundation.

“We want to see the next generation of New Orleans musicians ready for the world. This ‘expedition’ allows these students the opportunity to experience another culture so closely tied to their own, historically and musically, which in turn gives them a better understanding of why New Orleans music is so special–the roots run deep,” says Bill Taylor, director of the Trombone Shorty Foundation. “Once a young New Orleans musician taps into that cultural heritage and understands that it’s their responsibility to play it forward, the future of our music remains strong.”

“I feel so at home when I’m in New Orleans. The food, the music, the FUNK, the energy, the way people communicate with each other, there are some really deep roots there,” says Cimafunk. “We’re going to celebrate those roots with legends Galactic and Trombone Shorty and learn with the youngsters, who show us the future and the past.”

The “Havana Funk Expedition” is supported by the Gia Maione Prima Foundation, a foundation dedicated to fostering music and the arts at a youth and community level, as well as Horns to Havana, a New York-based group that has been working with the music schools in Havana for the past 10 years.