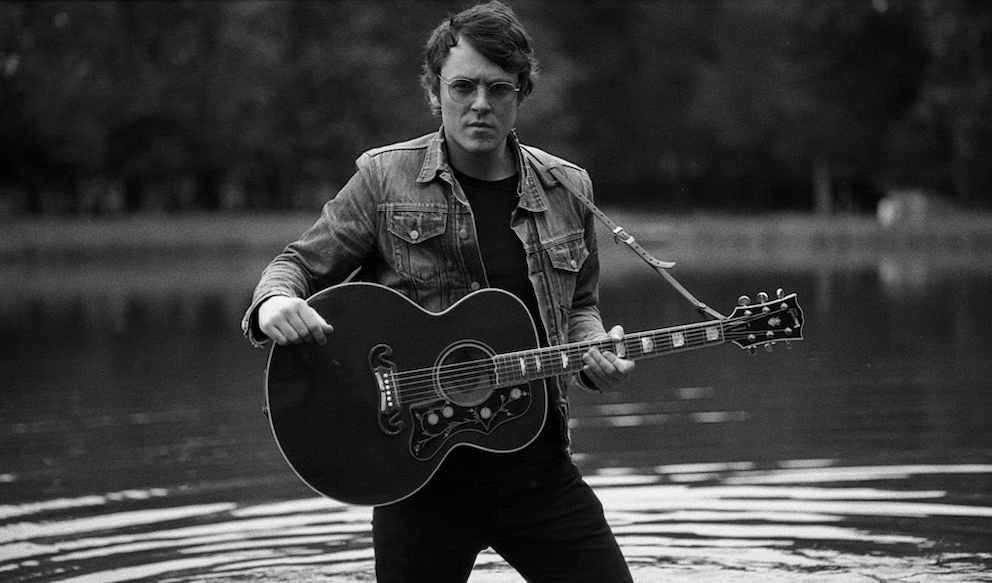 Singer-songwriter Trapper Schoepp has announced his new studio album Siren Songs, out April 21 via Grand Phony (US) / Rootsy (EU). To accompany the announcement, he has also shared his new single “Cliffs of Dover,” a driving, thought-provoking roots-rock song about an Iraq war veteran struggling with PTSD after returning home.

If you’re wondering why his name looks familiar, in 2019 Schoepp became the youngest musician to share a co-writing credit with Bob Dylan on a long-lost 1961 song, “On, Wisconsin.” After encountering a previously unseen lyric sheet from Dylan’s early recording sessions, Schoepp put music to these words about his home state. Dylan agreed to jointly publish the song.

And now, Schoepp is on the Siren Songs album cover posing in front of the same pond where Cash would read letters sent by Dylan, honoring their close friendship of 40 years.

He will be bringing his new music to audiences with a U.S. tour beginning on March 23 in Lake Orion, MI, with stops in Washington, D.C., New York, and more.