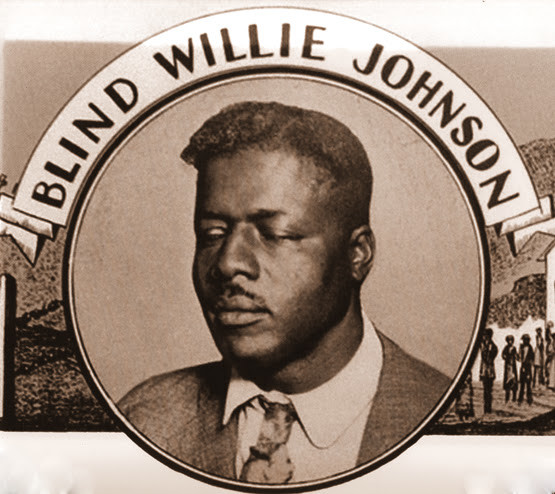 There are lots of blind bluesmen.  But there was only one Blind Willie Johnson. They called him the sightless visionary. A virtuoso on the bottleneck guitar, with a forceful, chilling voice. He was a religious man who sang in a rough “false” bass—a technique called vocal masking, an ancient African musical tradition. And with his haunting guitar, he made the blues sound like god’s music and gospel sound like the devil’s work.

Blind Willie had a tough life. Born in the belly of Texas in 1897. He was blinded at three during a fight between his stepmother and father. He learned to play a cigar box guitar at five. Lived as a preacher, and cut four sessions as a gospel artist for Columbia Records. Legend has it he once incited a riot just by singing his song about Samson and Delilah. He got arrested. The song—it’s lyrics, his voice—was just too powerful, too dangerous.

Blind Willie only cut thirty singles during his brief career. But he made an indelible mark on the universe. In 1977, NASA selected a sampling of Earth’s greatest music to send out to space on the Voyager Probe.  Examples of earth’s best music. Alongside Bach, Beethoven and Chuck Berry, was Blind Willie Johnson’s “Dark was the Night.”