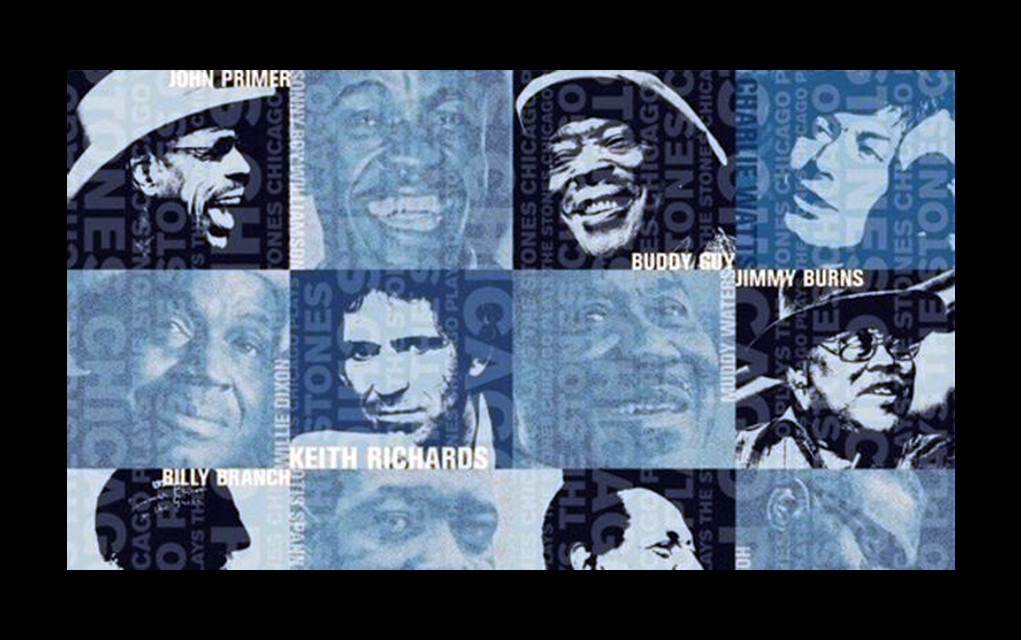 The bond between the Rolling Stones and Chicago blues has always been a special one. The Stones have included Chicago blues on their own albums, recorded music at Chess Records, toured with Buddy Guy and Junior Wells and performed with Muddy Waters and his band at The Checkerboard Lounge in Chicago itself.

John Primer performs “Angie” and the rough and ready classic “Let It Bleed.” Billy Branch, who says the Stones were one reason he found his way to the blues contributes a blistering “Sympathy for the Devil.” Mick joins Buddy Guy on “Doo Doo Doo Doo Doo (Heartbreaker)” while Keith and Jimmy Burns lay down “Beast of Burden.”

Chicago Plays the Stones is recorded in Chicago, produced by Larry Skoller and includes 12 exciting new arrangements of old Stones favorites. The album marks the inaugural release for a new record label run by the Chicago Blues Experience, a proposed immersive blues museum and venue in the works in Chicago.

“The thing was to really keep the integrity of the melody and the harmony and to have them kind of reimagined at the origins. And imagining Muddy Waters and Howlin’ Wolf and Sonny Boy Williamson, all these guys, how they would have interpreted these songs back then, if they were doing them.”

“The opportunity to have been able to rearrange these songs, and to work with the top Chicago guys of two generations, and to be able to pay tribute to the Stones, to be able to bring them back to the musical origins of their own songs… felt historic,” Skoller said. “They really are reverent about the tradition and the music that inspired them and took them to where they went, and where they are.”