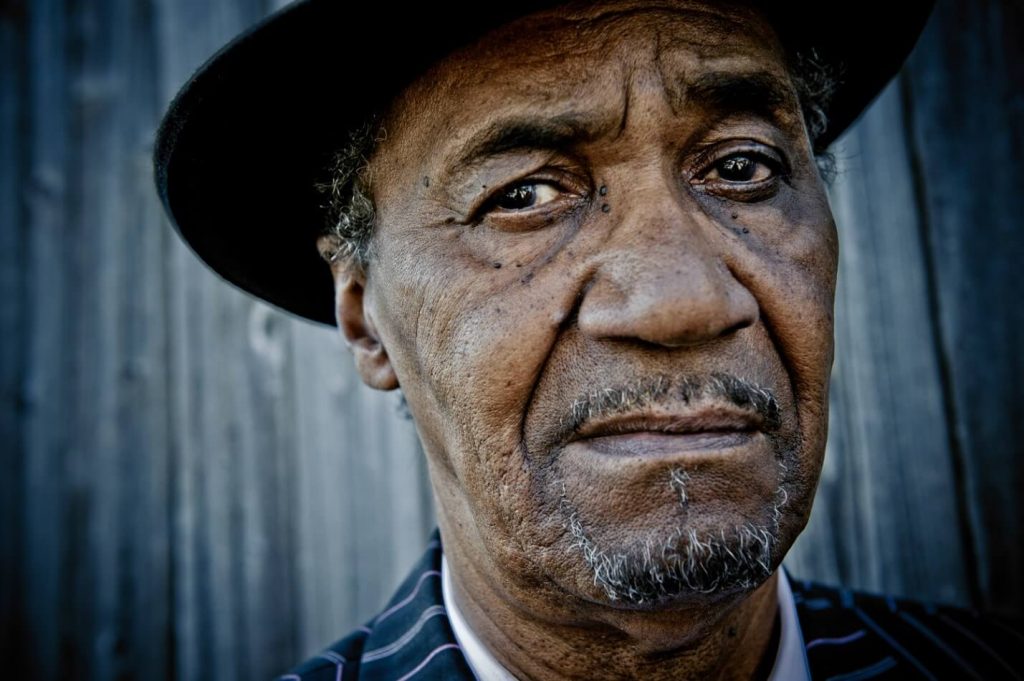 "Forty Jive" is from the upcoming album 'The Parlor' by Alabama Slim, due for release on January 29th, 2021 via Cornelius Chapel Records.

On June 7th , 2019, when the world was still like we remember it, Alabama Slim, his cousin and best friend Little Freddie King and drummer Ardie Dean entered a recording studio called The Parlor in their hometown of New Orleans. The session took merely four hours with Reginald Nicholas at the board and Dean at the helm. What was tracked is a master class on the deepest blues. Slim and King’s guitars interweave between Dean’s mastery of the drum kit to create a driving boogie with Slim’s impeccable vocals sung on high. And yes, he sings as well as he dresses.

Cornelius Chapel Records teamed up with the Music Maker Relief Foundation for this record, lovingly titled The Parlor. The album was tracked in one take for a straight-to-tape feel but was captured digitally at The Parlor recording studio. Cornelius Chapel brought in Dial Back Sound’s Matt Patton (Dexateens, Drive-By Truckers) and Bronson Tew. Patton and Tew were able to take the raw files and remix and master them back onto tape after Patton and Jimbo Mathus (Squirrel Nut Zippers) sequenced the record and added the perfect amount of bass, organ, and piano so that Tew could work his magic. The final product is an instant classic with Little Freddie King even taking over lead vocals on “Freddie’s VooDoo Boogie.” This is a lesson of perseverance and true grit. One never knows when the proper team can come together to leave their cumulative mark on an age-old genre.

Alabama Slim was born Milton Frazier in Vance, Alabama on March 29, 1939. His father built trains at the Pullman plant and his mother did domestic work. In their home they had a Victrola and a boxful of 78s. Slim fell in love with the blues of Bill Broonzy and Lightnin’ Hopkins. That’s where the journey began for the nearly 7-foot-tall, always dapper-dressed Bluesman.

“I met Alabama Slim in New Orleans while visiting bluesman Little Freddie King,” remembers Music Maker Relief Foundation Founder and President, Tim Duffy. “Slim is a towering man, close to seven feet tall. He was very well spoken and dressed in an impeccable tailored suit. He told me he was an old friend of Freddie’s and was originally from Huntsville, Alabama. I told him if he ever got back there soon, that he should call me and I will get him into a great recording studio up there.”

When Duffy asked Slim how he honed his craft, his response was a vibrant timeline of decades past all wrapped into a few sentences:

I grew up listening to the old blues since I was a child. I spent summers with my grandparents who had a farm. Them old folks would get to moanin’ while they worked, and I just started moanin’ with them. That’s where I learned to sing. When I got grown I formed a band and we played little juke joints in the ‘50s and ‘60s. In 65, I came to New Orleans after hurricane Betsy. Got me a job with a moving company and then one making cooking oil.

My cousin Freddie King was drinking hard in those days, and I was too. We jammed every once in a while. By the time the ‘80s rolled around I was not doing much but Freddie always checked on me. By the ‘90s I got myself together and we have been best of friends ever since, tighter than brothers really, there is not a day that goes by when we do not speak or see each other.

You can hear this in the way the two play together. Bobbing and weaving guitars like a middle-weight title fight, one shakes the trees while the other rakes the leaves. It’s an other-worldly connection really, one rooted in song and making a joyful noise, much deeper than blood or a familial line. The two lived and played music daily in New Orleans up until Katrina’s landfall.

Slim and Freddie settled in Dallas in an apartment complex and spent most of their days working up old and new songs post-Katrina circa 2005. Slim’s voice is a cross between John Lee Hooker, Lightnin’ Hopkins, and future legend Alabama Slim. Freddie’s guitar work danced and followed Slim wherever he went vocally. They visited Music Maker in Hillsborough, North Carolina that December and along with fellow New Orleans musicians Slewfoot and Carrie B., they cut “The Mighty Flood,” released in 2007 on the Music Maker imprint.

Now back in New Orleans the pair have been touring the globe with the Music Maker Relief Foundation’s all-star band, playing Telluride Blues and Brew, Roots N Blues N BBQ, and even landing a prime slot on the lineup of their hometown’s Jazz and Heritage Festival that was sadly cancelled due to the current Covid-19 crisis.

Track 6 of the 10 songs on The Parlor is a no-holds barred, no-quarter-given political opinion of our current leader. Blues music has been the score of the African-American narrative since its inception, their political beliefs expounded in song long before they were given the right to vote in this country. Slim pulls no punches in this modern day account, which he titled “Forty Jive.”

“Who knows how many incredible unrecorded blues artists are out there,” says Tim Duffy. “It is clear that the blues will never die within the community from which it was born, as there are artists that embrace the older musical traditions and are determined to scuffle and hold dear to their blues even if it takes them 50 years to get into a studio.” We couldn’t agree with him more. 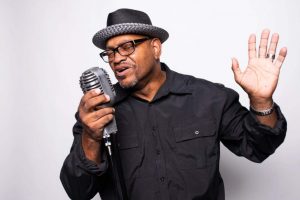 Savannah, Georgia’s Willie Jackson is ‘All in the Blues’

Jackson’s voice is low and powerful, and his rhythm section is tighter than a Georgia tick on a coonhound. When combined they make for a brilliant blues album. 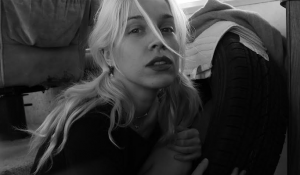 Sara Rachele Tugs at Our ‘Heartstrings’

“To participate in the music community in a global way, not just in a USA or ‘Western’ music sort of way, is part of the reason I became a folk singer in the first place.” – Sara Rachele 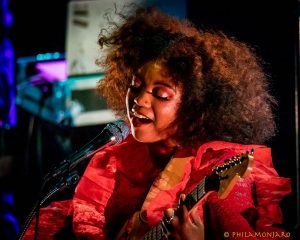