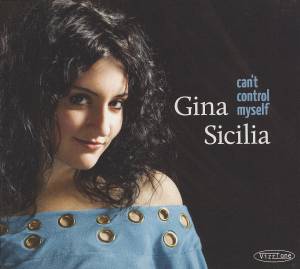 Gina Sicilia conquered the music scene with her debut album, “Allow Me to Confess,” in 2007. Her timeless vocals won her acclaim through “Best New Artist Debut” at the Blues Music Awards shortly before releasing her next album, “Hey Sugar”. Her sophomore release showcased her knack for musical diversity, and her ability to define herself as an artist to be reckoned with. Her third release, “Can’t Control Myself” continued to prove she was willing to push her musical boundaries while refusing to be categorized into one genre by using her Americana and Soul influences and covering songs by the likes of Ike & Tina Turner and Stevie Wonder. Myself won her awards and critical acclaim across the board with prestigious coverage, including being listed among “Best Blues Albums of 2011”, a nomination for a Blues Blast Music Award, for the “Sean Costello Rising Star Award”, as well as mentions in Bucks and Montgomery Country 20 Entertainers of 2011 list and the top 10 Country/Roots records of the Year by the Philadelphia Inquirer.

Gina Sicilia remains consistent in her journey to produce and deliver bold statements and raw attitude in her music, as well as being an artist that defies classification to just one genre, and that journey is leading her to the completion of her fourth album. Gina Sicilia takes the next step on her musical journey by launching a KickStarter campaign, funding the completion of her fourth studio album, one that was started in 2009 with the help of Grammy-winning producer Glenn Barratt. Sicilia has already set up a page for fans and avid followers to pledge money, in hopes of raising $25,000 — the amount needed to complete and release the much-anticipated album. Various pledge amounts offer incentives, such as free digital downloads of unreleased tracks, signed copies, various Sicilia merchandise, and for the larger pledges, a personal show and a chance to record in the studio with Gina and her band.

The campaign began on January 17th, and is set to continue through March 17th, 2012, having already raised over $2,000, it’s off to a fantastic start. The list of prizes and progress can be checked at Gina Sicilia’s official KickStarter page.