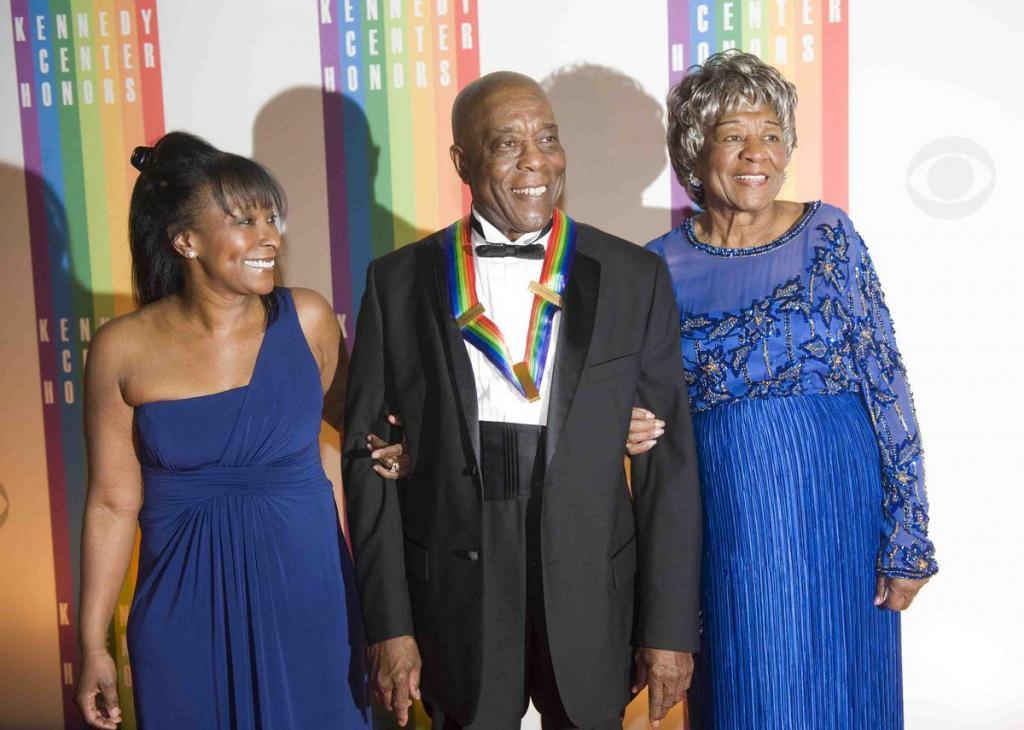 Blues guitarist Buddy Guy,  along with Led Zeppelin’s three surviving members, were given a reception before the annual Kennedy Center Honors Gala this evening. President Obama welcomed the performers before they were presented their awards at the event later in the evening. Obama joked that Zeppelin was continuing “a tradition at the White house by honoring some extraordinary people with no business being on the same stage together.”

This is the second time this year that Guy has made an appearance with the President. In February, the blues master performed with B.B. King, Keb’ Mo’, Derek Trucks, Mick Jagger and many more at a special “Performance at the White House”

Guy, 76, was one of the pioneers in the Chicago blues style that pushed the sound of the electric guitar to the forefront of blues music. It was this version of the blues that drifted across the pond to Britain and echoed back in the heart-pounding rock sound of Led Zeppelin. Actor Morgan Freeman said to Guy and the Kennedy Center audience, “You mastered the soul of gut bucket, you made a bridge from roots to rock ‘n roll. When you hear the blues, you really don’t think of it as black or white or yellow or purple or blue,” Freeman continued. “Buddy Guy, your blue brought us together.”

Bonnie Raitt said  “He’s one of the most idiosyncratic and passionate blues greats, and there are not many left of that original generation.” Raitt  was as an 18-year-old blues singer and opened for Guy often.  Raitt also led an ensemble tribute that included singer Tracy Chapman and guitarist Jeff Beck.

Saturday night, former President Bill Clinton talked of Guy’s impoverished upbringing and how he improvised a guitar from the strands of a porch screen, paint can and his mother’s hair pins. In Buddy’s immortal phrase, the blues is ‘Something you play because you have it. And when you play it, you lose it.'”

The gala will be aired on CBS television on December 26.