Looking Back at the 2016 King Biscuit Blues Festival 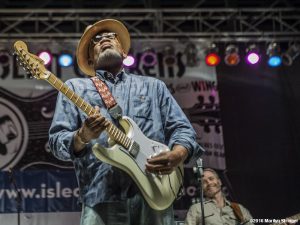 Stroll up and down the five blocks of historical Cherry St, in Helena, Arkansas, during the four days of the King Biscuit Blues Festival, and you can feel the deep roots of the blues.  From the historical buildings and museums to the street buskers, food vendors, and of course, the blues coming from the different stages, you’ll feel the blues wash over you. Helena is the home of “King Biscuit Time,” the longest running radio show ever and the legends, such as Sonny Boy Williamson and Pinetop Perkins, would play live at the station every day. 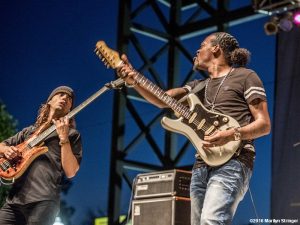 Most of the original Delta Blues legends have passed on now, but their music still lives on and “The Biscuit” is the best place to experience the south and those deep traditions. The smaller indoor Front Porch stage and the outdoor Lockwood Stackhouse stage feature many solo/duo regional acts which carry on the Delta Tradition and support the younger blues performers.  Where else can you hear Mookie Cartwright, Sean “Bad” Apple, Mark “Muleman” Massey, “Lil Poochie” Watson, Willie Cobbs, Vasti Jackson, Mississippi Spoonman, Guitar MacMcNally, and so much more, all gathered in one weekend? 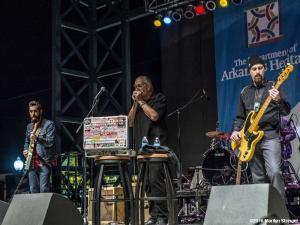 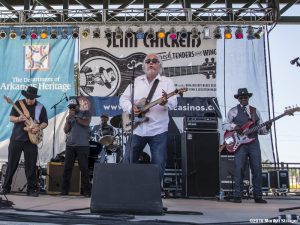 The early morning “Bit o Blues” on the main stage hosts the youngest kids coming up in the blues. Over the years we have watched the kids grow up here including Kingfish, The Peterson Brothers, Mookie Cartwright, and this year was no exception. Kenny “Beedy Eyes” Smith on drums and Carla Robinson on bass back up the kids, and this year Grace Kuch, from Colorado, joined the young blues performers. On Saturday, the historic Malco Theatre hosts two Q&A symposiums. Don Wilcock hosted Bob Margolin, Kenny Neal, Bob Stroger, and Lonnie Shields. It is always great to sit and listen to the histories and stories of our bluesmen. 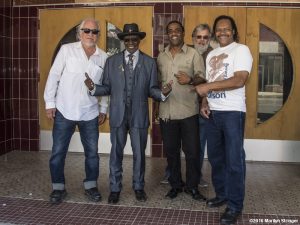 King Biscuit is always a “homecoming” for so many of the attendees. On Wednesday night, before the festival begins, the Michael Burks Jam occurs on the main stage. The pros and unscheduled performers get together for an evening of great music. On Sunday, everyone heads down to Clarksdale, MS, for music in the street, Red’s BarBQue, and an afternoon of blues jams at Hopson Plantation, where Pinetop Perkins and James Cotton grew up picking cotton in the punishing heat. The commissary and grounds at Hopson, aka Shack Up Inn, are a step back in time. Everything about this festival says blues history and blues music at it’s best.