King James & The Special Men ‘Act Like You Know’ 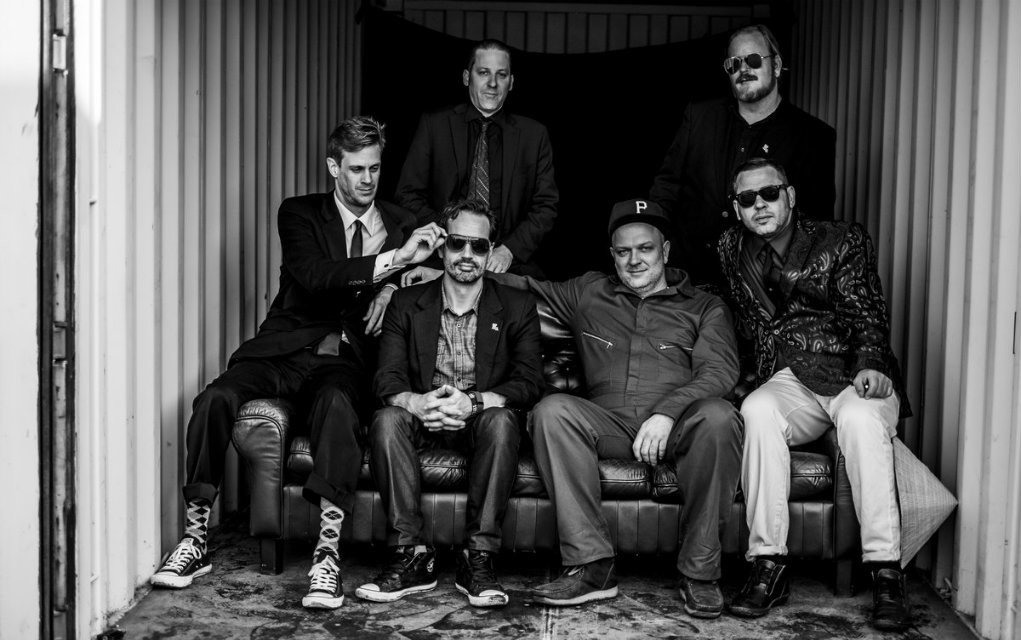 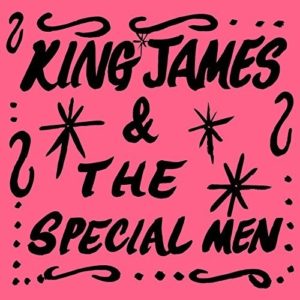 Every major music city has a signature sound. Nowhere is that more recognizable than in New Orleans, Louisiana. The musical autograph of New Orleans is a combination of genres, bred into one another more tightly than a French royal bloodline. Blues, Dixieland jazz, Caribbean rhythm, Cajun folk, and rock ‘n’ roll meld on the streets and in the clubs of the Crescent City.

Then there is something else. Music that happens when piano and horn driven rock ‘n’ roll crashes headlong into a punk rock tour bus driven by George Clinton. That, dear friends, is King James & The Special Men. After years of performing residency, they’ve released their first album. Act Like You Know is only six tracks, but left us feeling like we’d attended every Fat Tuesday party in the city, and all the after parties as well.

Each of the members has his own influential preceptor, yet fuse into a group of one mind. Some of these influences are dyed in the wool NOLA. Professor Longhair, Fats Domino, Guitar Slim, and Jessie Hill are examples. However, proto-punk band the Stooges, North Mississippi blueswoman Jessie Mae Hemphill, and cosmic jazz god, Sun Ra, also hold sway.

“I heard Sun Ra and that completely changed my life,” Horn said. “Within 24 hours of hearing my first Sun Ra record I switched instruments, quit the band I was in, broke up with the lady I was with, and moved.” That was over 25 years ago, and Horn has been sopping up the NOLA sounds and culture ever since.

The very first track, “Special Man Boogie,” puts us right in the heart of New Orleans. The combination of Latin rhythms, blues, jazz, and jungle sounds made us sit up an pay attention. We just knew there was going to be more – and we weren’t disappointed. Just past the three minute mark, the band pulls out all the stops and really let’s it rip.

“Baby Girl” followed with its crying, slow-burn. Horn lays bare his heartache on this one, over the top of weeping guitar, that fat horn section, and probably the most interesting percussion work we’ve heard in a while. Simple, it’s like a kid rhythmically beating a chain link fence with a wiffle ball bat. But it’s all that was needed.

The shortest track on the release, “Eat That Chicken,” appears in the third slot. It picks the pace back up a bit, with some nice barrelhouse piano, and couple sweet solos. An obvious homage to Jessie Hill, if this one don’t take you back home, you’re too far gone.

“Tell Me (What You Want Me To Do)” slows it back down with a bluesy/jazz feel. There’s a familiarity to the song that we couldn’t quite put our finger on, perhaps Fats in his hey-day. Regardless, it’s a wonderful tune and Horn’s preaching vocals over the late sax solo is powerful. Even more formidable is the song’s trailing finale. A sweet piano solo has some grungy guitar licks added and then, like the sun breaking through a thunder storm, the entire group joins in. It’s almost Biblical.

Next comes “The End Is Near.” From the title, we almost decided that this would be about the current world condition. We couldn’t have been more wrong, or were we? With the beat of a Stroll, it hearkens back to the fun-loving 1950s. The Cold War was underway, and we were told there may not be a tomorrow. The youth of those days used that as a reason to party the nights away. That’s what King James & The Special Men bring with this tune. “We all gotta die but woo, not tonight.” We mentioned Sun Ra’s influence, and it comes crashing in at the end of “The End Is Near.” Hold on to your bobby socks Betty Jean, it’s gonna be a bumpy ride.

Our pick for favorite track is the nearly 14 minute closer, “9th Ward Blues.” The infamous 9th Ward in New Orleans is the largest ward in the city. It was also the hardest hit by Hurricane Katrina. “9th Ward Blues,” doesn’t mourn that piece of property, but rather celebrates it. A combination of all that is best of NOLA music, it takes traditional Mardi Gras Carnival music and adds a punk rock edge, so sharp you can shave with it. Due to its length, “9th Ward Blues” probably won’t get much radio airplay, and its not available as an MP3 download. You can get on the CD or, even better, on 180 gram vinyl, and trust us when we say it’s well worth it. An entire party in one track, the closer is worth the whole price of admission.