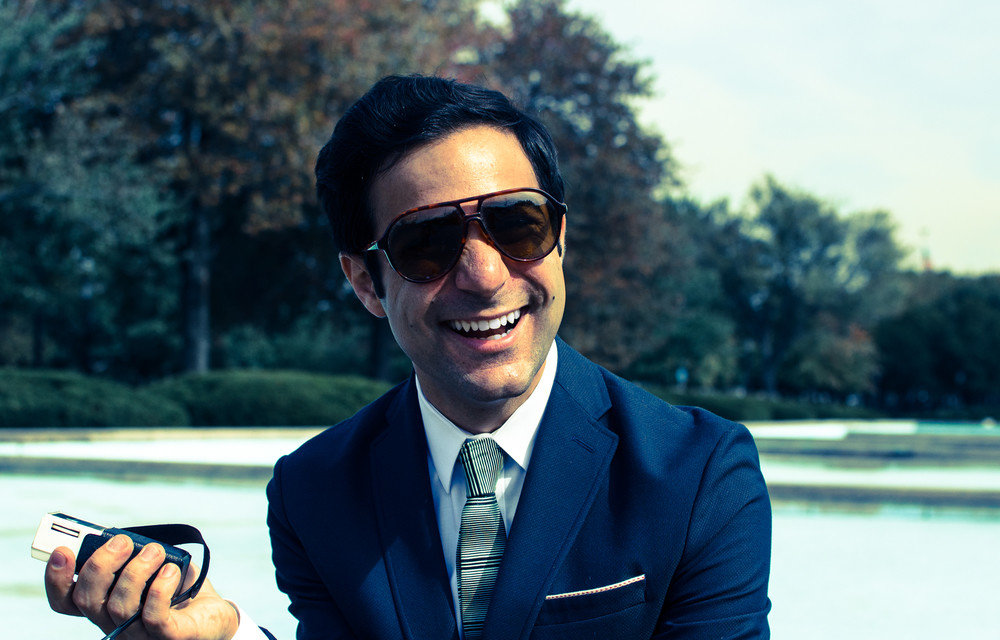 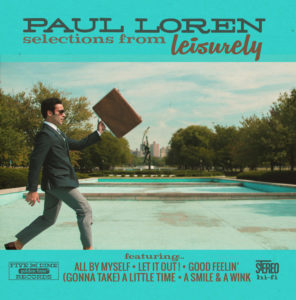 Paul Loren is a singer/songwriter/producer/multi-instrumentalist from New York City. An old soul, writing and performing music from the old school, he maintains a very modern flair. At first listen, we got chills hearing his vocals. Reminiscent of Sam Cooke reborn, Loren is a modern day prophet of R&B, soul, and the American Songbook.

A man of many parts, Loren not only sings on his new EP, Selections From Leisurely, but also wrote the songs, recorded and mixed the tracks in his own studio, released it on his own Five & Dime Records, and plays piano, organ, bass, and percussion.

In the midst of a troubled world, Loren’s latest single, “I Know a Place,” is a breath of hope. The American Dream is still more of a nightmare for many people, but Loren assures us that things can get better. We were fortunate enough to talk with him about the single, his latest EP, and much more.

Where did the title for your latest EP release, Selections From Leisurely, come from?

The working title for the full album is Leisurely, so we thought it would be fun to call the EP “selections from” (a record that hasn’t even come out yet) and tease it a bit!

So there are plans for a full Paul Loren album?

I’m currently chiseling away at the marble. Stay tuned!

“I Know a Place” is a powerful message, both lyrically and in the images portrayed in the video. Was the time just right for you to release this track? Do you think it’s more powerful as a stand-alone single, rather than an EP or album track?

It just felt like the right time to put it out. It’s a hopeful song. It makes me hopeful when I sing it and I think people could use some optimism right about now. I’d certainly like to include it on the full record when we do put it out, but I also quite like it as a single.

As a New Yorker, were you exposed, either personally or via family/friend experience to any of the civil wrongs depicted in “I Know a Place?”

Growing up, we certainly heard stories about Stonewall in the Village and the riots of ’69. While some of the events depicted in the video are part of history (or haven’t necessarily occurred in our own backyards) I wanted to create the sense that we’re all tied very closely to these wrongs as we’re made up of the same stuff.

My first reaction to your voice was, “this man sounds like Sam Cooke reborn.” Do you get that reaction a lot? What other crooners have folks described you as sounding like?

That’s a great compliment, thank you! I love Sam’s voice for sure. He’s been a big influence on my singing and songwriting. I’ll sometimes get Frankie Valli or Bobby Darin even, depending on the type of tune I’m singing. They’re also some of my favorites.

With Otis Redding being another influence of yours, what was it like to perform at the Stax Museum in Memphis?

That whole trip was incredible. Stax truly is hallowed ground, not just for soul music but ALL music. I loved learning of how blacks and whites worked together at Stax Records to create the Memphis music culture of the 1960’s It’s a great example of people unifying in a really tumultuous time to make powerful and moving music.

I understand that you record, using mag tape. For what reasons do you personally do that versus digital? Does it help maintain your vintage vibe?

To my ears, tape just sounds better. Digital is definitely catching up to analog, but magnetic tape captures so much information from the performance—usually leaving out the tinny or unattractive frequencies. Also the natural compression that happens with tape, especially when recording at louder volumes, is so pleasing to the ears. It’s round and warm and very earthy.

With the myriad soul, R&B, and pop artists that have influenced your style, if you had to choose your favorite artist of all time, could you?

I definitely don’t have just have one, but some of my favorites: Ray Charles, Sinatra, Sam Cooke, Otis, Frankie Valli, Aretha, everything Motown; also songwriters like Carole King, Burt Bacharach, Jimmy Van Heusen, and of course Lennon/McCartney.

If you had the opportunity to share the stage with any artist, living or deceased, who would it be?

Wouldn’t it be so fun to be a part of a Las Vegas show with Frank, Dean and Sammy (The Rat Pack) in the early 60’s? Those guys looked like they had a blast.

What is your personal motto, or the advice someone gave you that you live by?

It’s so important to carve out some space amidst our busy lives for ‘leisure time,’ whatever that means to you. Even if it’s 5 minutes for a little coffee and some reflection, it’s necessary for health, creativity and inspiration.

Which do you prefer more; performing or the process of writing original songs?

They’re two different hats, but I love wearing them both. Songwriting is almost like solving a beautiful puzzle, very cerebral, while performing on stage always brings me back to being in the moment. It’s a more visceral version of myself.

Where to you see yourself in five years?

Continuing this music-making journey! The goal is to keep singing for more and more people and to be exposed to new cities, countries and audiences with my music. The feeling of the unknown is something wonderfully motivating to me, and I’m excited for what the future holds!