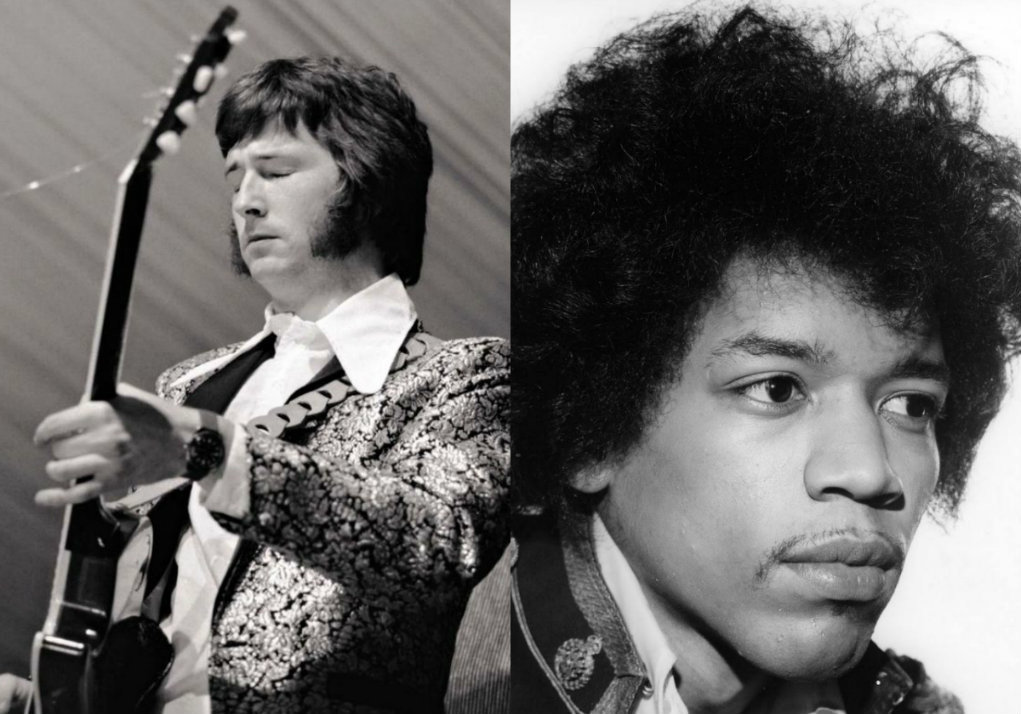 In the autumn of 1966 Jimi Hendrix first arrived in London. Eric Clapton was already well-established, and was currently fronting the band Cream. What happened the night Hendrix and Clapton met shook the very foundations of London’s blues-rock scene.

Jimi Hendrix paid his dues on the Chitlin’ Circuit by the time Linda Keith saw him play at a club in New York City. She brought him to the attention of several managers including Chas Chandler, former bassist for the Animals. Chandler liked what he heard and convinced Hendrix that London was the place to launch his career. Promised several things, including a meeting with Eric Clapton, Hendrix agreed and flew to England on September 24th, 1966.

On October 1st, Chandler made good on his promise at a Cream show at Central London Polytechnic. Clapton agreed to Hendrix sitting in on a couple songs with the band. The result was incendiary.

“He played just about every style you could think of, and not in a flashy way. I mean he did a few of his tricks, like playing with his teeth and behind his back, but it wasn’t in an upstaging sense at all, and that was it … He walked off, and my life was never the same again” – Eric Clapton 1989

Over the next four years Eric Clapton and Jimi Hendrix became close friends, often playing gigs together in both London and New York. On September 17th, 1970, Eric was shopping in London and ran across a left-handed Fender Stratocaster, which he purchased as a gift for Jimi. He intended on presenting it during a Sly Stone concert at the Lyceum that night. Hendrix never showed up to that show. The next morning Eric Clapton, along with the rest of the world, learned that Jimi Hendrix was dead.

One thing is for certain. The British blues rock wave of the 60s and 70s would have been much different if Eric Clapton and Jimi Hendrix had never met.

What do you think? Did Hendrix really “kill God”? What are your favorite memories of Jimi Hendrix and Eric Clapton? Let us know in the comments below.