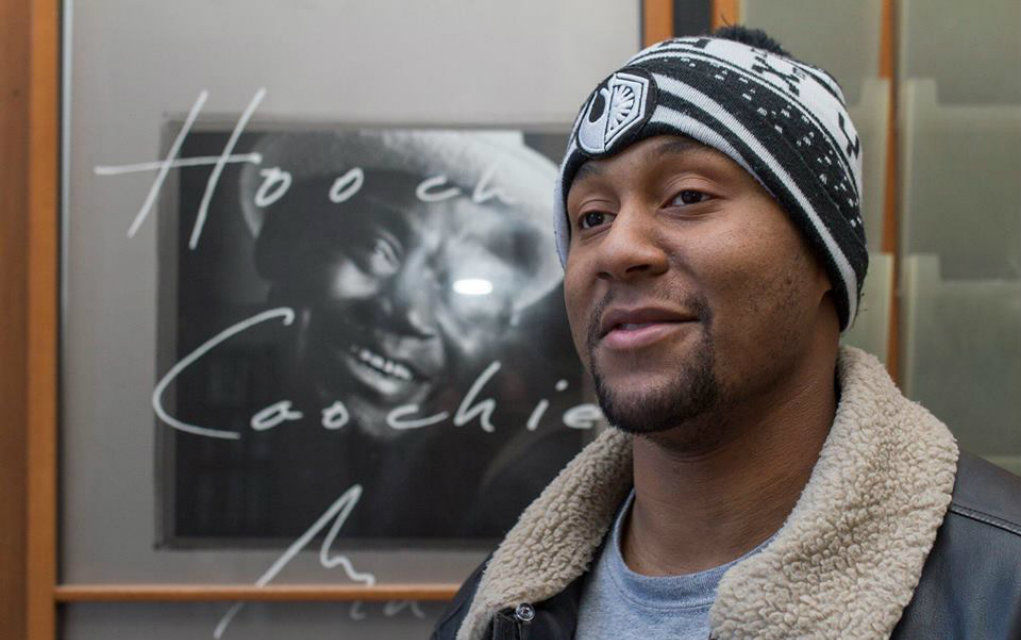 Keith Dixon Nelson is the grandson of legendary musician Willie Dixon. He works at The Blues Heaven Foundation in Chicago. Located at 2120 South Michigan Ave, Blues Heaven resides in the old Chess Records building. Dixon gives tours of the studio space and educates artists. His goal is to create a blues resurgence by bringing the genre to a younger audience.

Could you talk about the Blues Heaven Foundation? What is your mission?

The mission of Blues Heaven is to educate artists on the business of working in music and entertainment. We provide resources for artists to get help. We have people come in to mentor and work with artists to educate them.

What do people come away with after touring Chess Records? It seems to me, that most people do not realize Blues Heaven exists, and are not aware how important Chess Records was.

Most people that come and visit are from overseas. People will come in from the states. A lot of people learn more about the history and what took place here from artists recording here to the artists that came in and worked at Chess Records. For instance Percy Mayfield, no relationship to Curtis Mayfield, wrote “Hit the Road Jack” for Ray Charles. Ray worked with Percy frequently. The original version was recorded here at Chess.

Is there a new recording studio at Chess Records? Are you building one?

We have a studio. It is all functioning older equipment. We have an engineer who donated all of the equipment to the foundation. We are setting up to start recording this summer. We are going to start off with local artists and work our way up to bigger artists.

What is your greatest Willie Dixon story?

I am his grandson so I have many. I will give you one that my grandmother filled me in on.

My Grandfather was at home and said, “Marie I don’t have any songs that are specifically for me that people know me by.” My grandmother told him to write some songs for himself. Within a couple of weeks he came up with two songs.

He would come up with the arrangements by patting on his stomach and would sing “Hoy Hoy I’m your boy. I’m 300 pounds of heavenly joy.” My grandmother looked at him and told him it was the worst damn song she had ever heard in her life.

My grandmother was the biggest Howlin’ Wolf fan you could meet on the planet. Howlin’ Wolf ended up recording both of those songs and my grandmother saw Howlin’ Wolf perform the songs live. Wolf walked over and said, “Marie what do you think of those two I did? I feel those are going to be my next big records.” She said, “Chester, I am going to tell you the same way I told my husband when he asked me about those songs. Those two are the best damn songs I have ever heard in my life.”

My grandfather knew he may not sound the greatest but someone in the world would make his songs sound the way they were supposed to. My grandmother said, “Willie, I will never say anything bad about your songs ever again because I clearly do not know what a hit record is.”

Where do you think the blues is heading and what else do you want to accomplish with Blues Heaven Foundation?

My personal goal is to introduce blues to a younger audience. A lot of young artists know a little bit about the blues, but they don’t understand this is a form of music that still is very popular and still makes money.

My goal is to get a resurgence of younger artists into blues music. At the same time, I want to educate people and let people know this music is still used today. It is sampled in the most popular forms of music. It is still played very heavily in Rock and Roll. It’s sampled very heavily in rap and hip hop.

Some of the biggest hit records over the last 10 years are samples of blues records, soul records, and R&B records. Some of them have even come from Chess Records. I always tell people one of the biggest records that people have heard, seen, and listened to is the song “Good Feeling,” by Flo Rida. It’s Etta James’ “Something’s Got a Hold On Me.”

My goal is to let the younger generation really see what the blues has been and what it can be. To keep the music popular and create a resurgence, the blues needs the young people.