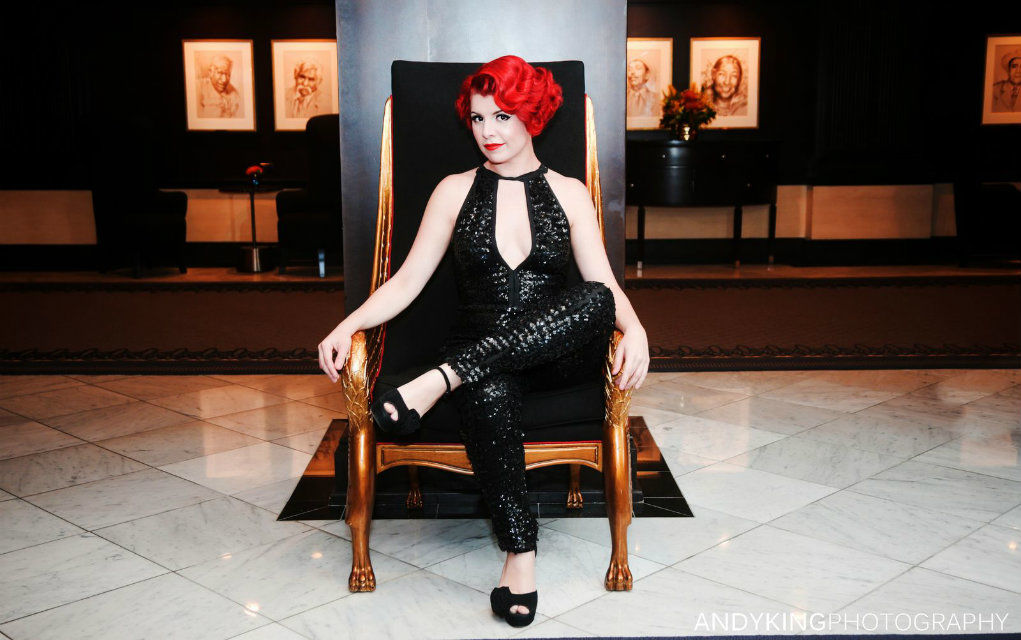 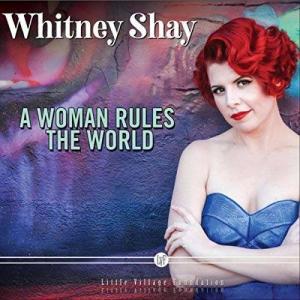 Whitney Shay is what most people would refer to as a phenom. The young songstress from San Diego, California has been performing on stage since the age of three. Just nine years ago, she made the leap from theatrical performance to fronting a blues, jazz, and swing band. Her latest release, A Woman Rules the World begins to showcase her songwriting abilities as well. Shay is the youthful embodiment of an old soul, bringing her performances in a powerful, sassy, and seductive way.

A Woman Rules the World kicks off with “Ain’t No Weak Woman.” This upbeat, 50s style ditty had our toes tapping from the outset. Written by Shay and Adam J. Eros, this opening number sets the tone for an album with an undercurrent of female empowerment.

“The album mirrors my journey, and this year it seems like a lot of things are coming to fruition with the women’s rights movement,” Shay says. “I think it really resonates right now because people are sick of the status quo.”

Recorded and produced by none other than Kid Andersen at his Greaseland Studio, Shay provides the vocals on A Woman Rules the World. Kid plays guitar, bass, sitar and Wurlitzer, and keeping with the women’s theme, Lisa Andersen supplies the backing vocals. The cast of musical characters include Jim Pugh (organ, piano), Kedar Roy (upright and electric bass), Alexander Pettersen (drums), Gordon “Sax” Beadle (saxophones), and John Halbleib (trumpet).

Aki Kumar lays down a juicy harmonica solo on the swanky cover of Dinah Washington’s “Blues Down Home.” Derrick “D’Mar” Martin adds some unique percussion to Shay’s re-imagining of Candi Staton’s “Get It When I Want It,” giving it a bit of an island feel. On the Shay original, “Love’s Creeping Up On You,” Brazilian bluesman Igor Prado not only adds some signature guitar work, but trades vocal verses with Shay.

In case one is curious about how these artists feel with regard to Shay covering their songs, we had to look no further than 4X Grammy-nominated soul legend, Candi Staton. “Whitney is one heck of a singer,” Staton proclaims. “She’s really talented. She really has heart.”

The other two Shay originals on this release are the funky “Don’t You Fool Me No More,” and the powerful ballad, “Empty Hand.” Using A Woman Rules the World as a vessel from which to launch her original music is a brilliant move on Shay’s part. Her originals have that soulful, old-school style that fits hand in glove with the selected covers.

The title track is a sultry version of the Denise LaSalle classic, and Shay belts it out with justice. Things get a bit grungy, and nearly psychedelic on “Freedom Blues.” The original song, written by Little Richard and Esquerita (an R&B artist that was even more flamboyant if you can believe that), was part of Little Richard’s comeback as a “country rock” artist in 1970. At the time, “Freedom Blues” was his biggest hit in 13 years. Although Shay cut it down to nearly half the original song length, she and Kid kept in the uber funky guitar, and classic horn solos, along with Richard’s scream, that made it a hit in the first place.

Our personal favorite track, hands down, is the closer. Another Little Richard rocker, “Get Down With It” from 1966, Shay really belts this one out. At the risk of sounding anti-feminist, this song has balls. Perhaps unknowingly, perhaps not, Whitney channels her inner Koko Taylor, grabbing our attention from the second the needle hit the groove (figuratively speaking). The whole gang answering in the call-and-response section is the stuff of which James Brown would be proud. When she hollers out “clap your hands,” or “stomp your feet,” we couldn’t help but follow her instructions.

Whitney Shay has won the title of Best Blues Artist at the San Diego Music Awards for the past two years running. We took a look at her calendar and can bear witness to the fact that she has 28 performances booked in 31 days (many are two shows per day). With the release of A Woman Rules the World, we predict that not only will her calendar fill up some more, but she can set her sights on more awards as well.

Whether you love women belting out the blues, generally support women in music, or just can’t live without that classic blues/R&B/rock n roll sound thundering from your speakers, it’s time you realize A Woman Rules the World.

Title: A Woman Rules the World