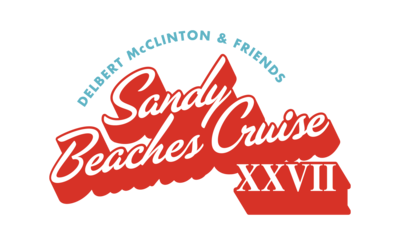 StarVista LIVE has announced the acquisition of Sandy Beaches Cruises. Known for curating luxury cruise events with some of music’s biggest names, this is the first time StarVista LIVE has taken on an existing cruise, and it’s hard to imagine a better fit.

“It’s an honor to be involved with Delbert, Wendy, and the Sandy Beaches Cruise,” stated Mike Jason, Senior Vice President of Live Entertainment at StarVista. “They’ve created an amazing yearly tradition for the roots music community, fans and artists alike, for almost three decades. We look forward to helping continue and build upon this annual event.”

“I couldn’t be prouder of how far we’ve come with this cruise over the past 26 years,” said McClinton. “We’ve truly become a family, welcoming new guests and returning fans every January. We love the StarVista team and look forward to working with them. We can’t wait to see what the next few years will bring.”

The sold out January 2020 Sandy Beaches Cruise launched earlier this month and featured performances by McClinton, The Mavericks, Marcia Ball, Shinyribs, The Rev. Peyton’s Big Damn Band, Foy Vance, and The Band of Heathens among many others. Information for the 2021 cruise will be announced later this year.