In a world where live performing has replaced recordings as the prime source of income for artists, the tail now wags the dog. Recordings often have been reduced to calling cards. They’re not an end in themselves but rather a promotional vehicle to help put asses in the seats. Heaven Forever turns that idea on its head. It is old school, a work of art that promises to stand as an historic document that proves the validity of the Tulsa sound that artists like Leon Russell and J.J. Cale pioneered. And if we ever needed proof that regional art is the engine that fuels American music’s dominance in providing the earworms to a global consciousness, this album does just that. 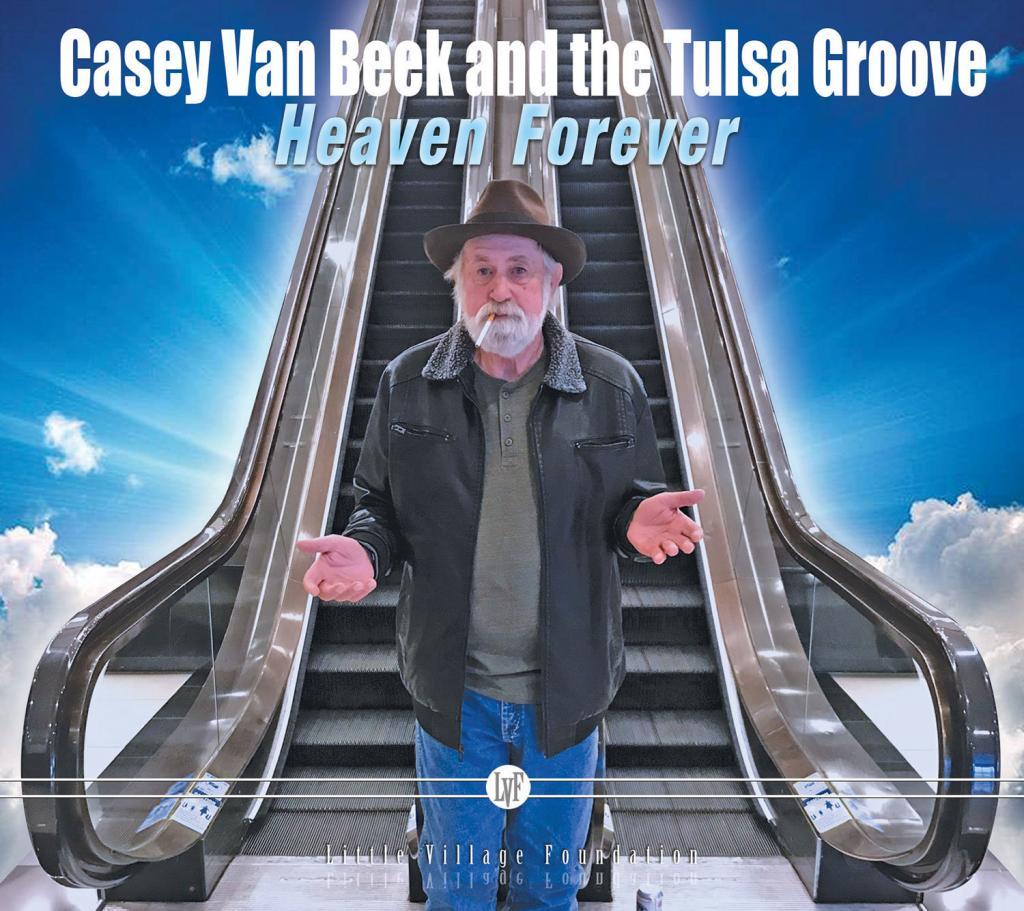 Casey Van Beek is a bass player and lead vocalist who calls his band The Tulsa Groove. Van Beek is a legacy artist who toured with Peter and Gordon, backed Linda Ronstadt along with Don Henley and Glenn Frey pre-Eagles. Van Beek joined Shelter Records under Leon Russell’s tenure. Suffice it to say, he doesn’t need to put Tulsa in the title for us to recognize that he’s the heir to the Shelter sound. Shelter Records, cofounded by Leon Russell, was to Tulsa what Chess Records was to Chicago. The indie label recorded Russell, J. J. Cale, Freddie King and even Tom Petty & The Heartbreakers in their converted church studio.

Indeed, this album is the “shelter” from the storm that permeates so much of today’s electric blues and Americana. It’s an easy groove, a comfort blanket. “I go waltzing around with my shadow while I’m all alone in my room,” Van Beek sings on “Waltzing with My Shadow.” The title cut “Heaven Forever” was written by his producer, keyboard player and drummer Walt Richmond and asks the question, “What are we gonna do with all that time in heaven/ it ain’t too late to change my mind.” Richmond toured and recorded with J. J. Cale from 2004 until his death in 2013. He appeared on Cale and Eric Clapton’s 2006 collaboration, The Road To Escondido and has played on all of Eric’s records since then, as well as joining him for two tours.

“Whatcha Think About That?” co-written by Van Beek and Richmond is rockabilly without the bumps. It’s lubricated. “Since You Said Goodbye” by J.J. Cale has a barefoot hippy vibe with tasty steel guitar by Steve Bagsby. The opening cuts “Roberta” by Huey B. Smith and John Vincent and “Since You Said Goodbye” by J.J .Cale are nods to veterans of the Tulsa groove, but most of the songs on this album of 12 cuts are originals that stand tall with the covers.  Perhaps the most J. J. Cale-like of the originals is “Superstitious” with Jim Byfield’s excellent guitar work: “I’m a little superstitious I know that’s true but I ain’t superstitious about me and you.”

Executive producers of this album are Jim Pugh and Mike Kappus. Kappus was the founder of Rosebud Talent Agency and was project coordinator of J. J. Cale’s posthumous album, Stay Around. Jim Pugh is a blues pianist, educator and founder of Little Village Foundation that released this CD. “Little Village represents the way I’ve lived since I was a teenager,” Pugh says. “It combines everything I love – music, diversity and helping people. My real talent isn’t in musical virtuosity, but in being able to feel and reflect the emotional commonality between different kinds of music.”

You can feel that vibe throughout this CD.