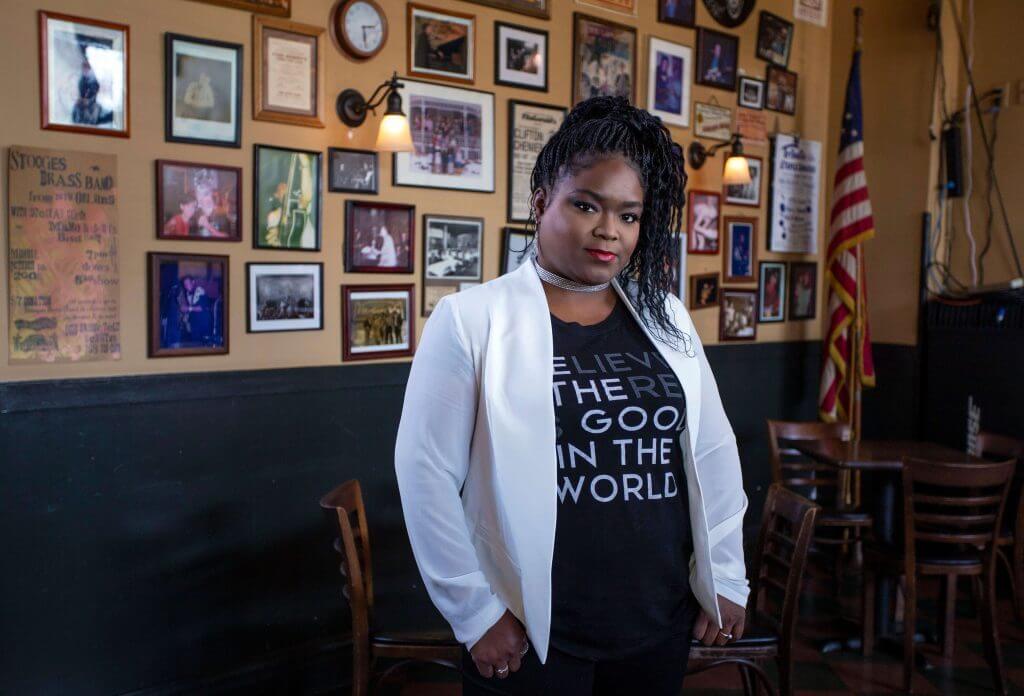 Award-winning blues and Americana vocalist Shemekia Copeland releases her timely new song, “Uncivil War“, on Friday, June 19. It is a courageous statement pleading for unity in a time of disunion, and is unlike anything Copeland has previously recorded.

“Uncivil War” takes no sides and speaks to every person’s desire to be safe and free. Featuring iconic mandolin wizard Sam Bush, dobro master Jerry Douglas and background vocals from popular alternative band The Orphan Brigade, the song is simultaneously comforting and challenging, as Copeland sings, “Same old wounds we’ve opened before / Nobody wins an uncivil war.” Shemekia delivers the song with passion and insight about the chaos and uncertainty in the world while still finding light in the darkness and hope for the future.

According to Copeland, “It’s not just a song. I’m trying to put the ‘united’ back in the United States. Like many people, I miss the days when we treated each other better. For me, this country’s all about people with differences coming together to be part of something we all love. That’s what really makes America beautiful.”

Copeland’s instantly recognizable voice is capable of being sultry, assertive and roaring. She is a three-time Grammy nominee with a wide-open vision of contemporary Americana roots, blues and soul music. “Uncivil War” showcases the next step in the evolution of a passionate artist with an up-to-the-minute musical and lyrical approach. The song, written by John Hahn, will be featured on Copeland’s upcoming Alligator Records album.

Copeland’s previous release, America’s Child, cemented her place her as one of blues’ and Americana’s most commanding voices. America’s Child won the Blues Music Award for Album Of The Year, and was named the #1 blues album of 2018 by MOJO magazine. Copeland recently received the 2020 Blues Music Award for Contemporary Blues Female Artist Of The Year, during a special online ceremony.

“Uncivil War” was written by John Hahn and Will Kimbrough. Video by Josh Lindner/Alligator Records.