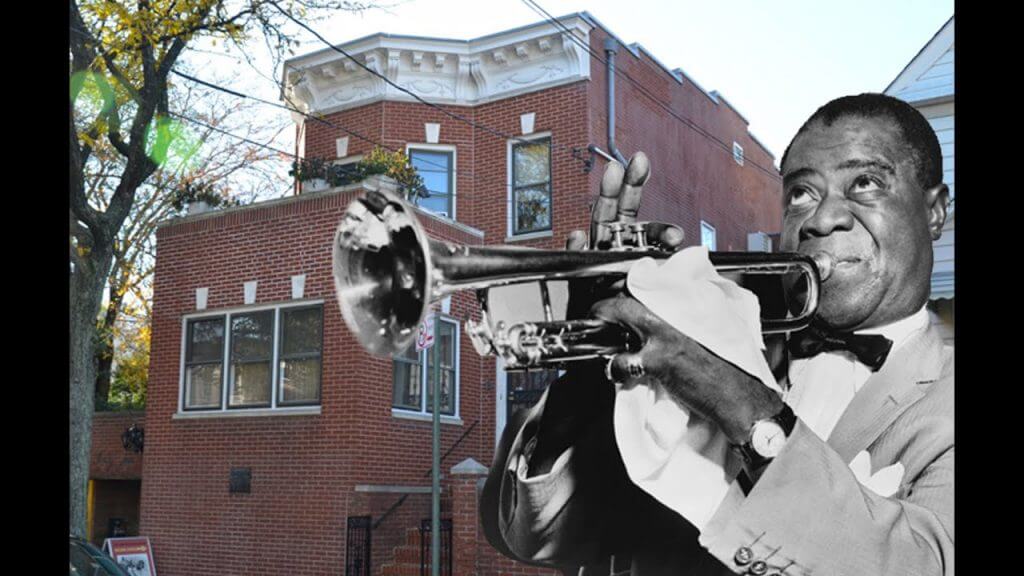 The Louis Armstrong House Museum, the National Historic Landmark dedicated to the cultural, historical and humanitarian legacy of Louis Armstrong, announces Regina Bain as its new Executive Director. Bain is an artist, leader, facilitator and program designer with close to two decades of experience working in nonprofit organizations.

Regina is currently the co-chair of Culture @3’s anti-racism subcommittee, and serves on the national advisory council of Urban Bush Women (UBW), a dance company that galvanizes artists, activists and audiences through performances, artists development and community involvement. She produces The Drama Podcast, leads the Yale Black Alumni Association and serves on the Yale Board of Governors.

Previously, Regina served as Associate Vice President of the Posse Foundation, a national leadership and college access program which helps to send teams of students or “Posses” to top colleges and universities. She was deputy to the COO, helping to onboard and provide oversight for Executive Directors in Posse’s 10 site offices. As the organization developed, she helped to establish the offices in Atlanta, New Orleans and Miami and double Posse’s STEM initiative. She also helmed Posse’s Training and Evaluation department which works with human resources to onboard all new staff, provide skill training and professional development, and design curriculum. Regina’s efforts helped to increase Posse’s national student graduation rates for four consecutive years.

Ms. Bain earned her BA in African-American Studies and Theater from Yale University and her MFA from the Yale School of Drama.

“Globally famous Louis Armstrong chose to live in Corona, Queens, because he craved its sense of community and its diversity,” says Queens College President Frank H. Wu.“A musician and international ambassador like no other, he left us an enduring and vital legacy that we are honored to uphold. In Regina Bain, the new director of the Louis Armstrong House Museum, we have found a leader who possesses the depth and breadth of skill — spanning arts management, community engagement, administration and mentorship — needed to make Armstrong’s legacy even more accessible at a time when it is most needed. It is my pleasure to extend to Ms. Bain a warm Queens College welcome.”

“As a member of the Search Committee I asked myself what is the most important criteria for selecting our new director,” Board Chair of the Louis Armstrong House Museum Jerry Chazen says. “I ultimately realized it was ‘is this the person Louis Armstrong would have picked to run this organization?’ Regina was the one who best fit that bill. Her desire to interpret Louis’s legacy as an artist and humanitarian will pave the way for new generations to discover his genius and contributions to our history.”

The announcement comes at the time when the Louis Armstrong House Museum is focusing more than ever on how to engage with the community through its unique family-friendly blend of arts and education – a vision that Bain will help grow and steer. This vision includes putting into motion several long-in-the-works initiatives, including the restoration of the House Museum this fall and launching the virtual “Armstrong Now!” program. Bain will also help develop new programs and activities focusing on community engagement, as well as ensuring that the House Museum continues to be a sustainable and accessible environment amid COVID-19.

I am so proud to join this community dedicated to celebrating the legacy of Louis Armstrong. The House Museum is a crown jewel in American culture. Mr. Armstrong’s archives is among the most significant Black archival collections, and one of the most substantial of any jazz musician.

The health, economic and racial pandemics afflicting America have had a profound effect on the House, but like Louis Armstrong, we see opportunity within challenges. With the opening of the new Louis Armstrong Center in Spring 2021, the House Museum is poised to grow exponentially. The expanded campus will become a new, international destination celebrating Armstrong’s preeminent place in our culture and living out his values of artistic excellence, global ambassadorship, youth leadership and service to community. – Regina Bain

The museum will honor Armstrong’s legacy of social justice during its virtual gala webcast held on September 17th. This is the same day that, in 1957, Armstrong during an interview called out President Eisenhower who was slow to intervene when Arkansas Governor Orval Faubus used the National Guard to bar nine students from entering Little Rock’s Central High School because they were Black.

Louis Armstrong remains an icon to this day, with the museum becoming a destination for fans new and longtime, including Rolling Stones drummer Charlie Watts (who visited the museum last fall) and Paul McCartney, who just performed at a benefit playing Louis’ trumpet – which is kept safe at the Museum.