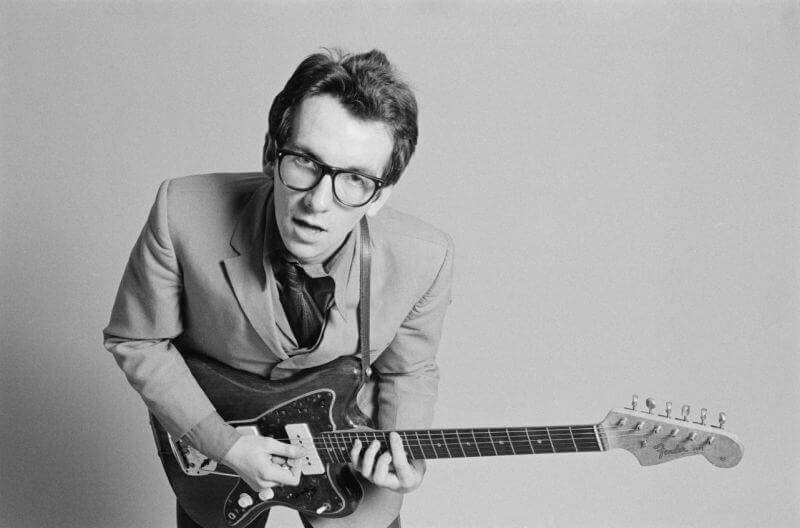 Armed Forces is explored across nine pieces of vinyl (3 12-inch LPs, 3 10-inch LPs and 3 7-inch singles), including a new 2020 remaster of the album, B-sides, alternate versions and outtakes, demos, and a slew of live recordings – including 23 unreleased live tracks taken from three especially riotous concerts. Sparing no effort or detail, this new super deluxe edition vinyl box set is a thorough excavation of Costello’s vault from his early beginnings to the events that led to the making of the album and his success with The Attractions. 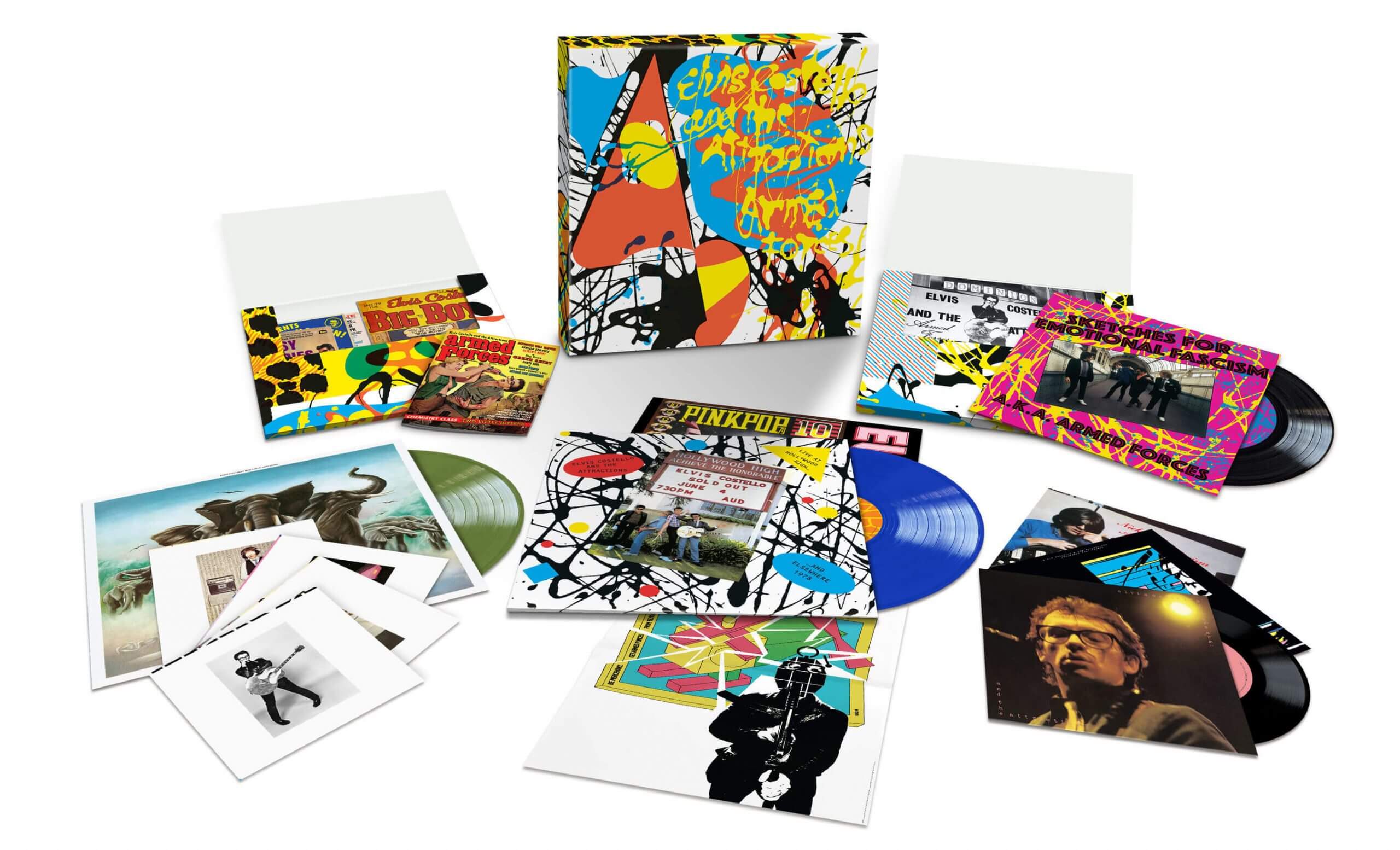 Out November 6 via UMe, The Complete Armed Forces will be available in two vinyl versions: 180-gram black vinyl and limited edition 180-gram multi-color opaque vinyl. It will also be available digitally for streaming and download. This ornate box set calls attention to designer Barney Bubbles’ pop-art packaging, including the paint-splattered cover artwork by Bubbles and Bazooka and features a unique origami cover that folds out to display the bold graphics and the six vinyl LPs, rounded out by three 7-inch reissues of the album’s singles: “Oliver’s Army,” “Accidents Will Happen” and Nick Lowe’s “American Squirm” b/w “(What’s So Funny ‘Bout) Peace, Love and Understanding?”

“Most of this record was written in hotel rooms or on a tour bus, scribbled in a notebook which rarely left my side or failing this, from fragments and phrases scrawled on paper cocktail napkins or hotel notepaper,” Costello writes in the newly updated liner notes. Seven custom notebooks in this treasure trove contain the liners, facsimiles of first-draft, handwritten lyrics, and examples of his songwriting process — as well as rare photos and concert ephemera.

The Complete Armed Forces also includes a print of the vintage grenade and gun poster and the four original postcards of each band member. Costello commissioned acclaimed artist Todd Alcott to create pulp novel book covers of songs from Armed Forces starring himself as the protagonist in a variety of perilous circumstances.

Armed Forces has been newly remastered by Costello and mastering engineer Bob Ludwig from the original analog tapes to match the sonic fidelity of the initial 1979 UK pressing. Striving for the utmost authenticity, they took care to match the feel and intention of the original mastering.

The evolution of the album is documented on the 10-inch, Sketches For Emotional Fascism A.K.A. Armed Forces, which assembles together B-sides, demos and alternate versions, making many of these songs available on vinyl for the first time in decades. The band’s live expertise is celebrated with several previously unreleased concert recordings that bookended the recording and release of the album.

Along with selections from the band’s legendary 1978 Hollywood High show, the collection includes highlights from Riot At The Regent – Live In Sydney ’78 and  Christmas In The Dominion – Live 24th December ’78 at London’s Dominion Theatre. “Riot At The Regent is a souvenir from our days Down Under and a second snap-shot of the Attractions in action during six months either side of the recording of Armed Forces,” Costello pens. Continuing, “We played right up to Christmas Eve and certainly sound full of cheery spirit on ‘Christmas In The Dominion,’ playing a version of ‘No Dancing’ in an apparently spontaneous arrangement that sounds as if we had just heard Blondie’s ‘Heart Of Glass’ on the radio and decided to re-work my song with a similar approach before closing the stand with the same song with which we had opened it: ‘Peace Love & Understanding.'”

Costello’s full set at PinkPop in The Netherlands in 1979, titled Europe ’79 – Live At Pinkpop showcases a band at the top of their game, playing songs that would end up on 1980’s Get Happy. All of the unreleased live recordings, taken from the original 2″ multitracks, have been remixed by Costello’s longtime producer and mixer Sebastian Krys who recently mixed his forthcoming new album, Hey Clockface, and co-produced his 2018 GRAMMY® Award-winning album, Look Now.

With The Complete Armed Forces, Costello has provided an all-encompassing time capsule that lets us celebrate this timeless album and understand how it came to be. Watch it all get unboxed below.

SIDE B1. Alison2. Lipstick Vogue3. Watching The Detectives4. You Belong To Me5. Chemistry Class (Live at The Warner Theatre, Washington D.C.)

SIDE B1 Lipstick Vogue2. Watching The Detectives3. Big Boys4. Pump It Up5. You Belong To Me6. (What’s So Funny ‘Bout) Peace, Love & Understanding?

SIDE B1. I Stand Accused2. (What’s So Funny ‘Bout) Peace, Love & Understanding?

Side B1. Busy Bodies (Alternate)

Side B2. (What’s So Funny ‘Bout) Peace, Love & Understanding?