Countdown to ‘Conundrum’ – The New Release From Guitarist Michael Schatte 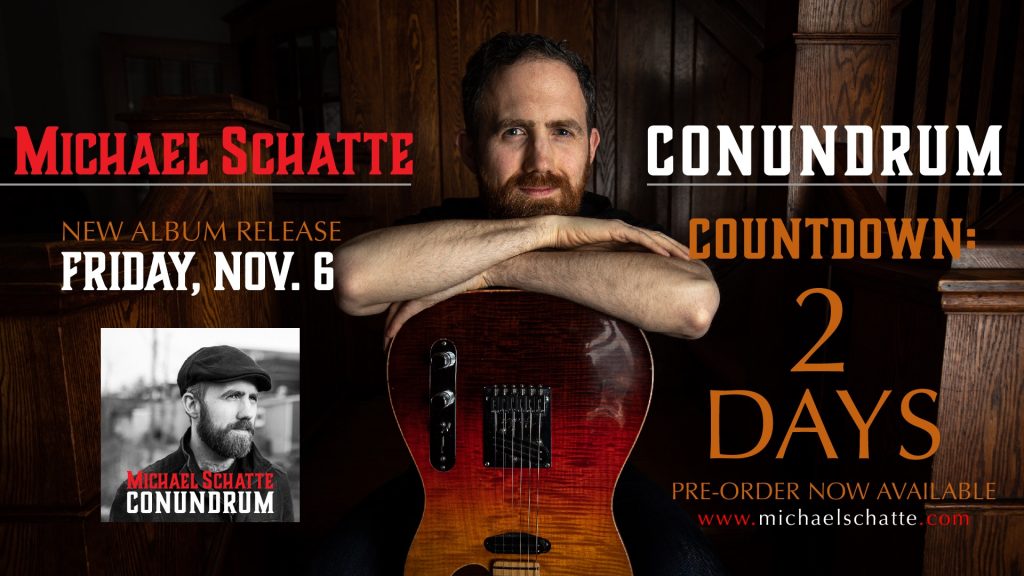 A jaw-dropping electric guitarist. A virtuoso acoustic fingerstylist. A singer with vocals as polished as his picking. A literate and witty songwriter. These are just a few phrases culled from recent critical praise that describe musician Michael Schatte, and are fully demonstrated on the multi-faceted Canadian’s new album Conundrum.

He calls his original blend of rock, blues, celtic and other styles Eclectic Electric Roots Music. To be sure, these fifteen new tracks are nothing if not diverse and electrifying. Produced and engineered by Schatte (pronounced SHAW-tee) with a keen ear for organic yet punchy production, this collection promises to further Michael’s long track record of great reviews and deep listener appreciation.

Conundrum puts Schatte’s world-class musicianship and unforgettable lyrics on full display. This album exposes lust ready to boil over (“Water In the Kettle”) and an historic tale of Scottish assassination-by-explosive (“Dry Black Powder”). It tells of humorous sibling rivalry (“Please Don’t Dance With My Brother”) and tense sexual rivalry (“Genevieve,” “Daria,” “The Upper Hand”). It is peppered with existential whimsy (“Conundrum,” “In the Cold Hard Here and Now”) and searing blues boogie (“Longtime Lover,” “Come On Down”). It features blistering Celtic instrumental riffery (“Good King Richard”) and poetry inspired by the ancients (“Bread, Water, Love”). And finally, the new record shines a revealing light on our darker human impulses (“Silly Old Man,” “The Candy Aisle,” “A Mind A Mess”).

To sum it up, Conundrum is an artistic tour de force that will richly reward a close listen.