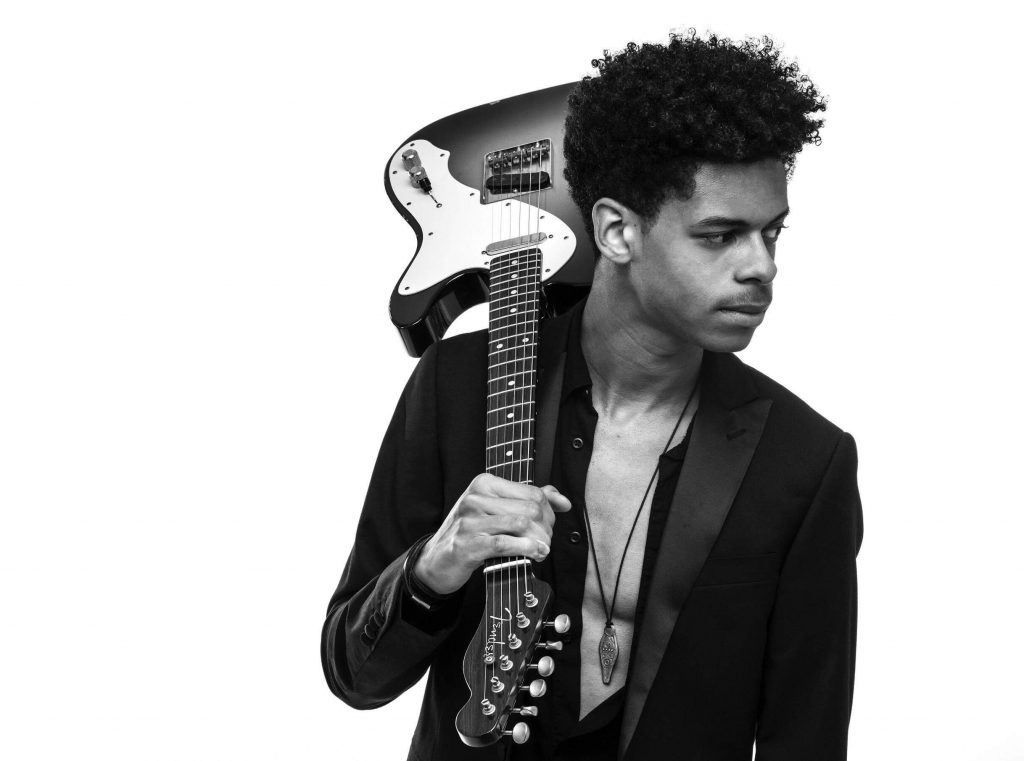 Known for his stint on American Idol in 2016, Austin-based musician Zach Person is far more than just reality tv alumni; he is a blues student with a penchant for electronica and alternative sounds.

With a guitar in his hands, and drummer Jake Wyble by his side, Person is finally ready to make his mark. He will be releasing his eponymous debut album on April 2nd with a hopeful European tour in support of it.

Below, the rising star discusses connecting with people through song, the important life advice he got from Buddy Guy, his album’s recording process (which involved the studio being struck by lightning twice in the midst of the pandemic), and more.

You’re about to release your long-awaited debut album on April 2nd. Which is actually a re-release of the EP you put out as COVID hit earlier this year, with some added tracks. Talk me through the writing and recording process of the album and the journey you’ve been on with these songs to get to this point.

Wow, yeah it’s been quite a journey. We started the songs on the EP this time last year, and we released it in March. It’s been quite a process, the studio we recorded in got struck by lightning twice, and it ruined a whole bunch of gear and just about every problem you could think of came up.

We just kept finding things over the course of a month that were fried by the lightning so once we moved past all that it didn’t leave a lot of time to song write which is one positive of the COVID experience, there’s been a lot of songwriting time. We became a two piece down from a trio, we used to have drums, bass and me on guitar and singing, during COVID for different reasons it just came down to me and my drummer, Jake Wyble.

He’s an incredible partner in the studio and live and it’s been great working with him. I composed all the songs but really when it comes to making it feel good and playing the songs live and the recorded tracks, he has so much feel and dynamic underneath what I’m doing on guitar and bass, that’s the overall vibe of the project.

Your music is such an eclectic mix of genres. What inspired you to take such a rootsy, raw sound in an electronica direction?

Well I grew up since I was ten years old playing guitar and playing blues music, growing up in North Carolina there’s a big blues and roots music scene there and in Houston, Texas as well, really I grew up in Texas as well so I’ve been exposed to that my whole life from a young age then sometime in high school I started listening to the radio and paying attention to music that wasn’t 40 or 60 years old.

Bands like King of Leon, John Mayer, all the top 40 stuff, the music of my generation — I took a lot of influence from the mainstream pop music that I like to listen to. My peers may not have been exposed to or maybe don’t appreciate it as much, so this was me trying to show my generation (and even older people who are used to just what’s on the radio) what’s current now. I just try to modernize it for people of today.

I love that. Even John Mayer was doing that, if you listen to Continuum he was top of the charts, so bluesy so jazzy but also so modern. I really like that you’re doing that too.

Yeah, artists like John, The Black Keys, Jack White, I’m super inspired by them. There are so many artists already doing it like you said but now I’m putting my own spin on it.

Speaking of the old school blues, since appearing on American Idol in 2016 you have played with Buddy Guy and the classiest player on the scene Robert Cray. What was it like to have blues royalty praise your playing? Did any of them offer you any wise words of advice you’d like to share?

They’ve been very genuine but the encounter with Robert Cray there was a lot going on and it was a busy night so it was fairly brief and we didn’t talk as much. I did get to talk to Buddy Guy before we played, those opportunities and getting to play with those legends it didn’t seem real, ever since I was ten when I started playing guitar I would watch these guys on YouTube. So seeing them in person and being able to play with them it’s very surreal. It takes a couple days to sink it.

I remember Buddy telling me a lot of stories about Clapton and Stevie Ray Vaughan from back in the day, a lot of funny stories. But I think mainly he was telling us to keep our heads clear because there are a lot of distractions in this industry as a whole, just to stay out of trouble and stay focused on what’s important; making good music and being a good person.

100 percent. And Buddy’s been doing that for many decades, so he’s the perfect man to give that advice. Now to backtrack, is there a central theme on your album? What was inspiring you at the time of writing and recording?

Oh man, the songs on the album are all written at different points, some of the songs have been with me for a little bit and some of them are brand new. For me these songs stand on their own a little bit, I don’t know that they are trying to portray a certain cohesive theme.

They’re each individual songs that say something on their own. There’s always a story arc somewhat involved, but it’s mostly me trying to express a feeling. I’m really just trying to hold on to a very specific emotion and stick with it the whole time. It kind of drives it all home.

Awesome, so what’s your favorite song on the record?

That’s always a hard question for songwriters. I love all of them. One of my favorite songs to play live is “Remnants.” There are some songs that you really have to work to play and there are some that are just effortless and connect with people every time you play it, that’s one of those songs for me.

That song means a lot to me, too. It definitely tells a story and explores the journey of being in a bad place mentally and getting free from all that. There’s a good sense of relief every time I play that song, it’s almost a religious experience, because it takes me back to where I was at one point in my life — where I was not in a good place mentally and just very distracted and it makes me feel grateful for where I am today.

That’s beautiful. It sounds like a song that a lot of people could use after the year we’ve all had. Speaking of which, the effects of COVID have been huge for many performers worldwide but you’re still going strong, and are back into things full force in 2021 with a European tour booked. What’re you most looking forward to about touring again?

I’m definitely excited, there’s nothing like playing live, I think a lot of people start taking it for granted when they’re playing a lot and they’re worn out but when it’s gone for a long time, you’re like, “I need this!”

This will be my first time performing over there. And from everything I’ve heard from other fellow artists, the fans in Europe really appreciate the music in a way that’s different to a lot of places throughout the world. So I’m excited to experience that, apparently, it’s like no place else and I’m excited to see how they will respond to all the new songs.

Awesome, and how would you describe your live shows to people who haven’t seen you live before?

I try as hard as possible to make my shows an experience and a journey, I want people to leave feeling excited and moved, I want people to walk away feeling really good and inspired. My live shows are me on guitar and vocals and Jake Wyble on drums.

He’s just a powerhouse of a drummer, everything you could want in a drummer. So our live shows are pretty high energy and we try to take people along with the songs so that you don’t feel like you’re listening to the same thing for the whole show. I like my shows to have depth: extreme highs, extreme lows.

That’s what it’s all about! So what’s the ultimate goal for Zach Person? Where do you hope to be after the release of this album?

This all started off just with an interest in music because it was fun for me and an outlet for me as a teenager. Then going out and playing has always been really fun and to be able to really have an expensive, long term career — and doing it on a level that’s comfortable where I’m able to support my family and be able to also just experience it with friends. That’s what I want on a personal level.

As far as connecting with people, it’s one thing to write a song and it’s fun and you enjoy it — but the thing that I wasn’t expecting, and something I don’t think many expect in the beginning, is people coming up to you and telling you how much the song meant to them.

That’s a cool thing to be able to do, to give people hope and give people songs that can resonate with a certain part of their lives, whether it’s a special moment with their dad or a couples first dance or even just to inspire the next generation that’s coming up. To inspire them the way I was inspired by so many great players.

Given I reach the position and status that goes along with a career in music, I hope that I can be a really good influence in the community and across social media, I hope that I can really do a lot of good in the world. I don’t exactly know how yet, but that’s a goal of mine. There’s a lot of chaos out there right now, and it’s not good.