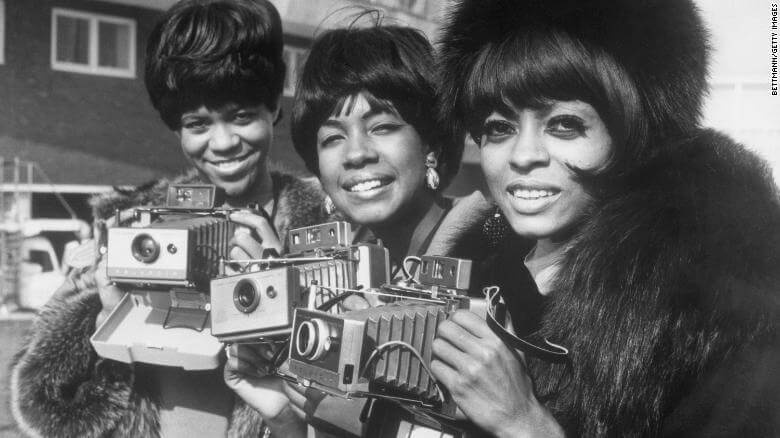 Mary Wilson, founding member of the Supremes, has died suddenly at age 76.

I was shocked in 2013 when I interviewed Mary, and she said she never experienced prejudice in Detroit because all her encounters as a youngster were with other blacks. Detroit’s black population in 2018 was 79.1% of the total. When she visited her grandmother’s in Alabama, she realized what racial hated was all about.

“In Detroit we were so segregated that we really didn’t receive a lot of prejudice because there were areas that you just didn’t go into. So, it wasn’t in front of you day to day. However, when we travel to our grandparents’ home in the south, then we would see it.”

Younger than Motown’s other acts, it took the three young teenagers a year and a half of hanging out daily in Motown’s reception area to wear down CEO Berry Gordy enough to sign them. “Even in Motown, we were totally different from everyone else. We were just these three squares. I think that’s what made the group so unique was that we were different from most: clean cut, cute little girls, maybe not as pretty as the Ronettes, you know?”

In less than a year’s time, the Supremes eclipsed the Miracles, the Temptations, and Mary Wells to become the highest profile group at a label that was redefining the very definition of pop music with songs including five consecutive No. 1 singles: “Where Did Our Love Go,” “Baby Love,” “Come See About Me,” “Stop! In the Name of Love” and “Back in My Arms Again.”

Half a century later Mary Wilson had eight grandchildren who called her gamma without the “r.”

I had never imagined super stars coming from Detroit could ever be naïve, but remember she was only 16 when she and the other Supremes first recorded, and that opportunity only arose because she loitered at the Motown headquarters for months before anyone there paid attention to her.

Think about it; most of the Motown music was far from being as gritty as the rhythm and blues hits that preceded that label’s run of successes. One of the reasons was because label head Barry Gordy wanted to produce songs that crossed over into the pop market where the biggest hits were by white artists. One has to wonder, would he have been able to succeed, had he not discovered young black artists who had been sheltered from both the white community and from the kind of hardnosed white R&B label heads like Don Robey of Duke/Peacock Records or blues labels like Chess run by Leonard Chess.

Even as a seasoned hitmaker, Mary Wilson maintained a personality as engaging as any artist I ever interviewed. As successful as she was, there was a thread in her personality that grew out of her childhood that was almost as idyllic as her time in front of the stage lights.

Success did not come in a flash. For their first year and a half, they had had the nickname as the “no-hit Supremes” at Berry Gordy’s Detroit hit factory. Stax/Volt artists like Otis Redding were considered soul and R&B. The Stones and Beatles were pop rock, but The Supremes were the leading edge of a sound that was identified simply by the title of the label with an infectious blend that transcended its black roots.

“The general observation was that we (at Motown) were all created equal,” Mary told me in 2013. “We were not. We came in there with our little pearls on that we had bought from Woolworth’s. We were totally matching in outfits that we had on, and we actually made Motown take us because we were so persistent in being there every single day and always singing.”

Mary Wilson, one of the founders of the biggest girl group in history, dead at 76.