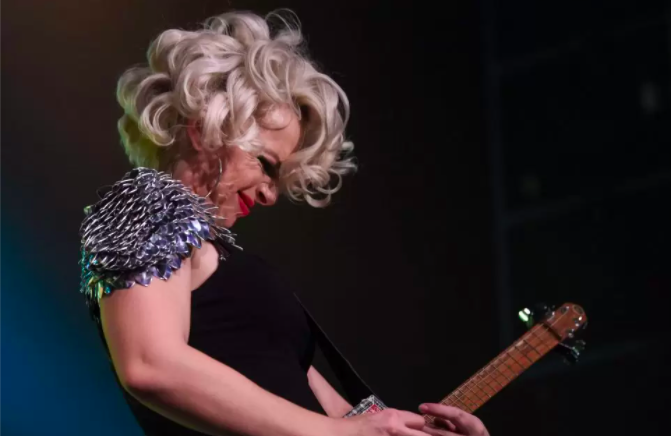 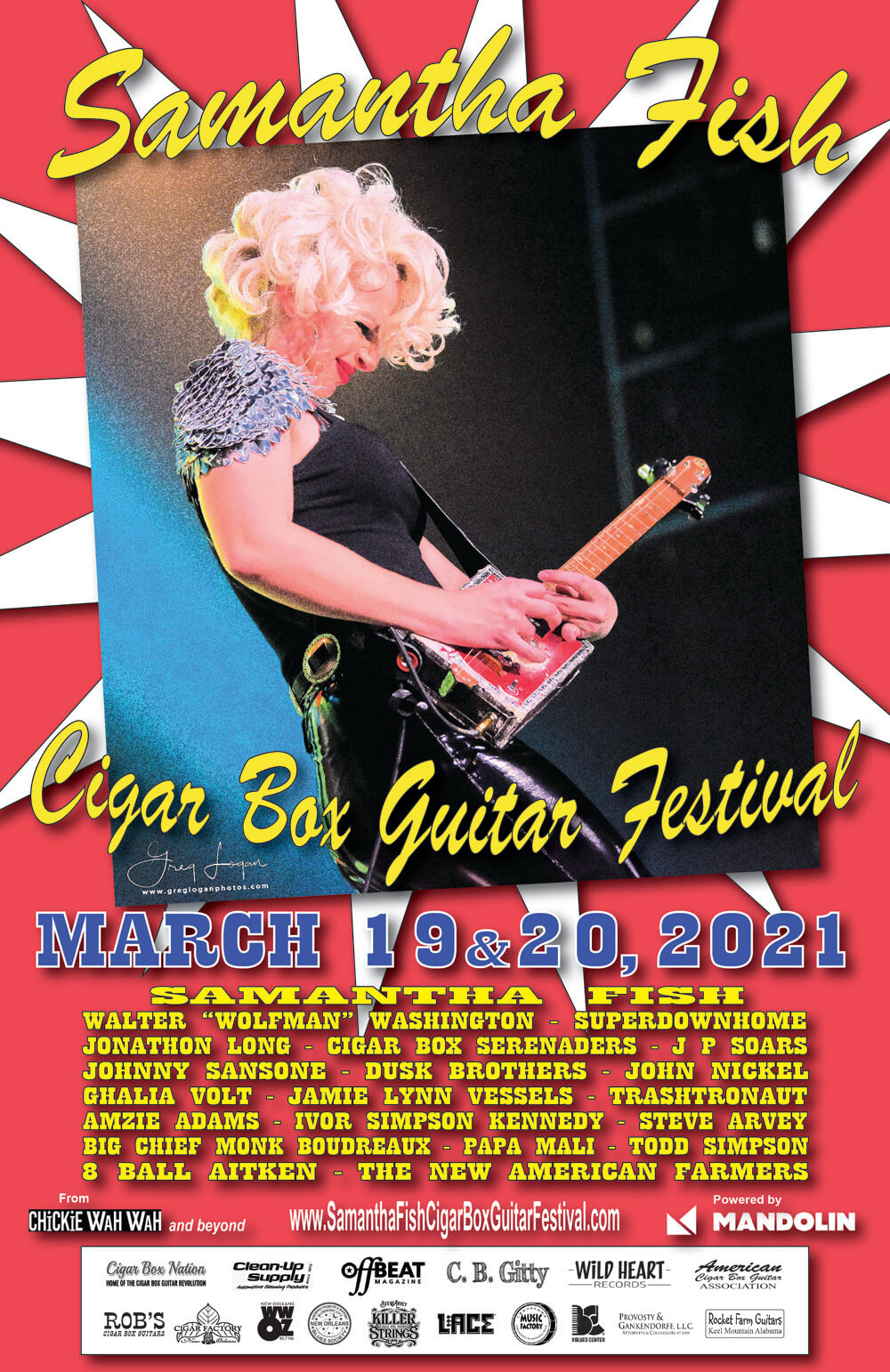 Each evening’s program will feature an opening montage of performances by some of the world’s top cigar box guitarists from their home locations. The remaining portion each night will be a rousing set by Fish, her band, and different guests from the friendly confines of Chickie Wah Wah in Mid-City New Orleans.

Announcing the Winners of the Samantha Fish

The results are in!  The three winners of the Samantha Fish International CBG Video Playoffs are:

A panel of entertainment professionals narrowed the forty-eight entries down to ten finalists; a group of previous Festival ticket purchasers chose the winners.

Submissions were received from twenty states and nine foreign countries, making it a truly International event.  The contestants were solos, duos and groups whose music covered the full spectrum, including rock, blues, jazz, country, pop, and gospel.

“On behalf of Samantha, the festival producers and myself, I would like to congratulate our talented winners, and thank each one of the acts who took the time and effort to submit,” remarked Ben “Gitty” Baker of C. B. Gitty Crafter Supply, the contest sponsor.

The winners will share $1,000 in prize money.  All three winning video submissions will be shown as part of the Samantha Fish Cigar Box Guitar Festival Day Two Showcase on Saturday, March 20.

The focus of the festival is to celebrate the great music and rich cultural history of the Cigar Box Guitar and similar homemade instruments. Historically, Western pioneers, Civil War soldiers, rural farmhands, street singers, and other resourceful musicians, found ways to build these expressive devices from household items and random hardware.

Samantha Fish has added the Cigar Box Guitar to her sets since 2014.  Many musicians throughout the world are currently using them to record and perform live, making the unique instruments and their sound a staple of today’s Roots Music scene.