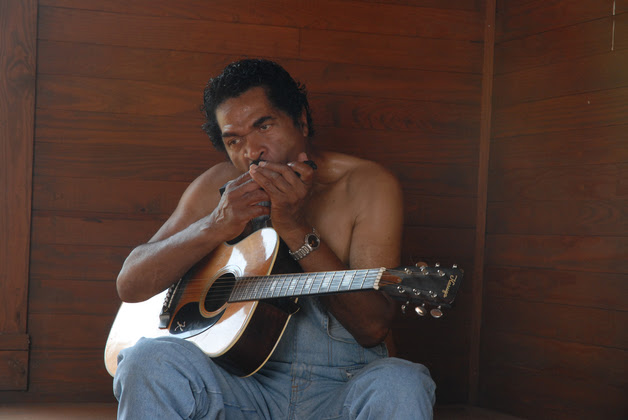 No single event in the music calendar brings into sharper focus the dance between roots music as an art and “popular” music as a commodity than the Grammy Awards. Roots music needs popular music to build a large enough fan base for the artists creating this music to give up their day job and follow their muse. Popular music needs the cultural roots of blues, soul, R&B, country and Americana to inspire them to rise above the pablum that often dominates the top 100 charts.

The 63rd annual Grammy Awards Show, often painful to watch, showcased the biggest – and occasionally best – artists who engage in that dance. That the dancers often have “partners” grooving to a completely different tune is part of what makes this awards show a four-and-a-half-hour circus.

Bobby Rush took home his second traditional blues Grammy for his album Rawer Than Raw. It was the obvious choice, by the Recording Academy that more often than not fails to make the right decisions. Rawer Than Raw on Deep Rush/Thirsty Records was recorded in Jackson, Mississippi over several years, it features five originals and six covers by Muddy Waters, Howlin’ Wolf, Sonnyboy Williamson II, Skip James, and Elmore James. 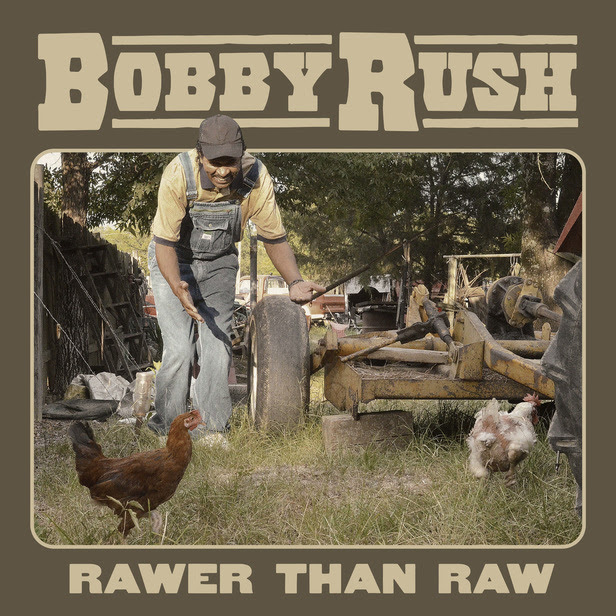 The award and its presentation never made it onto the four and a half hour show on CBS.

In my review of the album in American Blues Scene I said, “Perhaps what’s most telling about this collection is that if you gave a blindfold test to someone unfamiliar with the classic cuts, they would be unable to distinguish the Bobby Rush originals from the covers. That’s because he was THERE when all these cuts first went down. And there’s no smoke or mirrors on this LP. It’s just Bobby, his guitar and his harmonica having a Saturday rent party in rural Mississippi.”

If a cat has nine lives, 85-year-old Bobby Rush has had a lucky 13. He was never diagnosed with Covid 19, but in April he was “out of my head” with a temperature of 105, but he’s back in fighting condition now. He has hope for society’s future and intends to be around to help make that future happen.”

Blues may be “America’s music,” and Bobby Rush certainly is our best ambassador since the death of B.B. King. Why then is this award never shown on TV?

There were many high points, however.

Host Trevor Noah did a fabulous job of fitting a thousand-pound bag of entertainment into a four-hour television extravaganza with jokes and quips delivered without the usual studio audience feedback because of pandemic restrictions.

Mickey Guyton sang her country hit “Black Like Me” with its lyric “If your think we live in the land of the free/you should try to be black like me.” She has broken a couple of important ceilings as the first female African American singer to be nominated in the category of Country Solo Performance. That said, she lost to a giant multi-Grammy winner Vince Gill. Guyton will co-host Academy of Country Music Awards in April.

Legacy soul artist Lionel Richie re-cast “Lady” in a touching tribute to Kenny Rogers. His was one of those performances that make you feel like you’re hearing an old chestnut for the first time. Kenny was Lionel’s friend, and his version not only did honor to Kenny but reminded me of Kenny’s whole repertoire of songs that touch the heart.

The Black Pumas’ performance early in the show cemented their position as up and comers in the blues/R&B crossover category: impassioned singing, spot-on big band sound and good material. They didn’t win Band of The Year, but that they were even up for the award signals a strong future.

Bruno Mars captured all the urgency of Little Richard in his musical homage to the “Good Golly Miss Molly” shouter. And his singing with his new group Silk Sonic was a shoutout to the kind of Motown R&B crooners of the 1970s who still have a place in today’s music.

Brandi Carlile hit John Prine’s “I Remember Everything” out of the ball park.

And Taylor Swift who took home record of the year for “Folklore” illustrating just why she touches all of humanity’s love for pop confections.

Lil Baby brought home the nightmare of racial bigotry and the horrors of police brutality in a visual re-enactment. It’s not new, and it hasn’t gone away. I will never forget interviewing Bobby Rush for the University of Arkansas Pryor Film Archives a few years ago , and after the cameras shut down, he got tears in his eyes, reminding me of a terrible car crash he’d been in. Lying prostrate on the ground, he overheard a cop walk by his body telling another officer, “that (n-word) is dead.”

One of the songs on Rawer Than Raw is Skip James’ “Hard Times” which Bobby finds apropos of society’s current situation. I asked him if he knew what happened to Skip in those 30 years when he didn’t tour. “He was like most of those guys farming and planting cotton, picking cotton and trying to survive. You know. He was like Bobby Rush.”

Fantastic Negrito, a perennial favorite with the Academy, took home Contemporary Blues Album of The Year over strong competition including my pick Bettye LaVette’s Blackbirds, Ruthie Foster’s Live at The Paramount, Up and Rolling by The North Mississippi Allstars, and G. Love’s The Juice.