The Story and Meaning Behind Nine Eric Clapton Songs 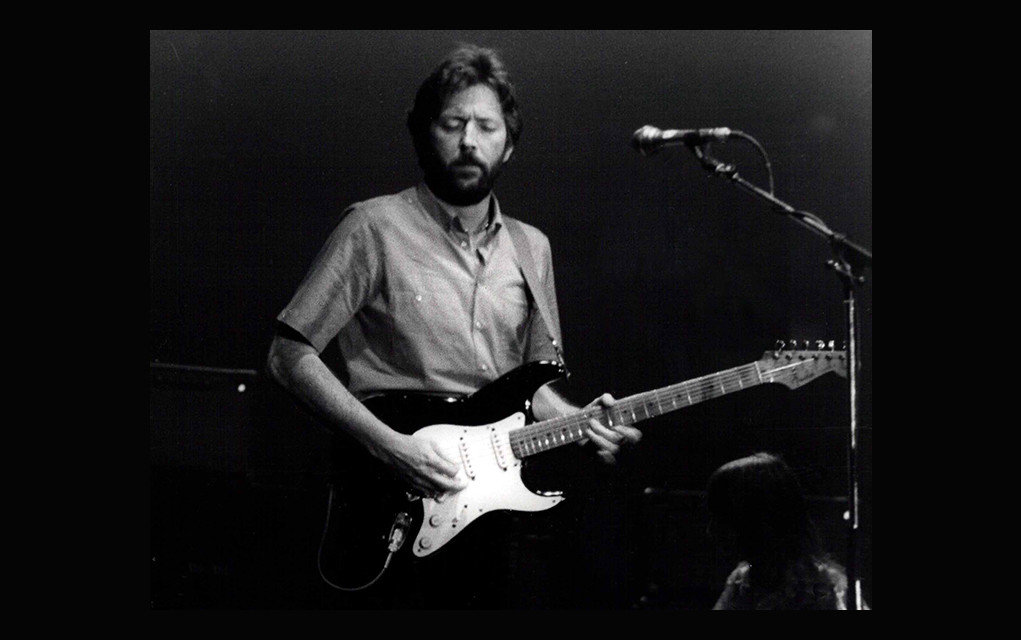 Since the mid-1960s, Clapton has left us all pondering on what the true meaning behind his often ambiguous songs may be. Ever wondered what Clapton was going on about in “Badge”? Or who the woman with the “long blonde hair” was in “Wonderful Tonight”? Well, here are the stories behind nine of EC’s most talked about tracks!

1. Layla (Layla & Other Assorted Love Songs, 1970) – It was Pattie Boyd’s love that ignited the creative fire within Clapton, resulting in some of his best-known songs, and arguably the most well-known, Layla. While Layla is a ballad inspired heavily by Clapton’s unrequited love for George Harrison’s wife, the idea for the track initially came from a love story by 12th century Persian poet Nizami Ganjavi, entitled The Story of Layla and Majnun. The book tells the tale of a young man who goes crazy after falling hopelessly in love with an enchanting young woman whom he cannot marry.

2. Badge (Goodbye Cream, 1969) – During the writing of Goodbye Cream, Bruce, Baker and Clapton were tasked to each pen a track of their own. Clapton enlisted the help of George Harrison, and together with the assistance of a drunk Ringo Starr, they wrote song we know today. Harrison later spoke of how the name “Badge” came to be: “We were working across from each other and I was writing the lyrics down and we came to the middle part so I wrote ‘Bridge.’ Eric read it upside down and cracked up laughing – ‘What’s BADGE?’ he said. After that, Ringo walked in drunk and gave us that line about the swans living in the park.”

3. Tears in Heaven (Rush soundtrack, 1991) – While many believe Clapton wrote “Tears in Heaven” for his son Conor who passed away in ‘91 after falling from the window of a 53rd floor apartment, the song was actually penned for the Rush soundtrack. Clapton told Sue Lawley in ’92 that the meaning of the song was somewhat “ambiguous,” and although written for the film it had taken on new meaning after the death of his son: “…in actual fact it was in the back of my head but it didn’t really have a reason for being until I was scoring the movie… it is a little ambiguous because it could be taken to be about Conor but it also is meant to be part of the film.”

4. Bell Bottom Blues (Layla & Other Assorted Love Songs, 1970) – In 1970, Eric Clapton was experiencing emotional anguish at the hands of lover Pattie Boyd. His romantic agony inspired an entire album worth of songs, “Bell Bottom Blues” being one of them. In Eric Clapton: The Autobiography, he recounts writing the song for Boyd after she asked him to get her a pair of bell-bottom jeans while he visited the US.

5. Circus (Pilgrim, 1998) – Speaking with BBC in ’98 Clapton said that he wrote “Circus” as a tribute to his son, and the last night they spent together. “The last night I spent with Conor, we went to the circus… After the show, we were driving back to New York City and all he could remember, all he could talk about was this clown. He’d seen a clown with a knife… which was something quite frightening but he liked it – I mean it excited him. And so that is in the lyrics… I was paying tribute to this night with him and also seeing him as being the circus of my life. You know – that particular part of my life has now left town.”

6. Wonderful Tonight (Slowhand, 1977) – In 1976, still Clapton’s greatest muse, Pattie Boyd served as the inspiration for yet another of his biggest hits, “Wonderful Tonight.” Clapton wrote the song while waiting for her to get ready for Paul and Linda McCartney’s annual Buddy Holly party.

7. Tearing Us Apart (August, 1986) – By 1986, the topic of Clapton and Pattie Boyd’s love affair was growing old, and it was becoming increasingly clear that they weren’t meant to last. However, Clapton was intent on blaming others for the relationship breakdown. “Tearing Us Apart” was written about “the committee,” a group of Boyd’s friends who he blamed for coming between them.

8. Holy Mother (August, 1986) – After The Band’s Richard Manuel passed away in 1986, Clapton penned “Holy Mother” as a tribute to his friend. Clapton spoke of his love for Manuel on many occasions. “I was madly in love with Richard… For me, Richard was the true light of The Band… there was something of the holy madman about Richard. He was raw. When he sang in that high falsetto the hair on my neck would stand on end. Not many people can do that.”

9. Old Love (Journeyman, 1989) – After his divorce from Boyd was finalized in 1988, Clapton wrote “Old Love” to close that turbulent chapter of his life. He wrote to Boyd telling her that he was working on Journeyman and had written a song about her. “I think it will be the best one on the album. Don’t be offended, it’s not about you being old, it’s about love getting old. And it’s great, well, you’ll see it when you hear it.” However, Pattie wasn’t pleased with the song, telling The Guardian in 2008 that she thinks breakups are sad, and that Clapton writing about theirs was even sadder because she couldn’t answer back.