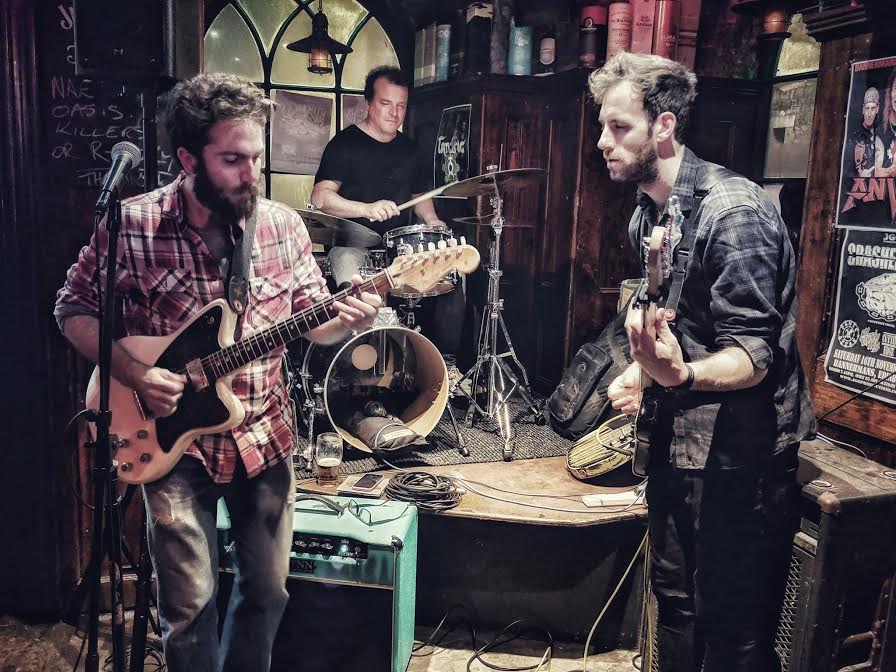 March 20th is the release date for “It Won’t Be Long” by Jed Potts & the Hillman Hunters, the third in a series of singles focusing exclusively on the band’s original material. Their widely acclaimed eponymous debut album packed with down home blues was released in 2018.

“It Won’t Be Long” is loosely based around a Howlin’ Wolf type of groove but given a fresh interpretation courtesy of the clever improvisation by the rhythm section, drummer Jonny Christie and bassist Charlie Wild. From the outset it is clear that this band’s success is predicated on the empathy between all three of these fine musicians.

Jed’s vocal delivery and aspects of guitar playing have an authentic retro vibe rooted in the American blues of the 1950s. This is not surprising given Jed’s introduction to the genre from an early age and his recent trips to the States where he has studied, watched and played the blues.

Potts is a consummate storyteller who intersperses his tales with relevant piercing guitar interludes on a call and response basis. Additionally, Jonny and Charlie skilfully and subtly raise or lower the tempo and temperature at appropriate points as the story of the song unfolds. Congratulations to the excellent production team at Chamber Studio in Edinburgh, specifically Graeme Young who recorded and mixed the track which was mastered by Reuben Taylor. Artwork is courtesy of Craig MacFadyen.

This is another tune that has existed in its basic essence for a long time but took a great deal of faffing about to get it to feel like a complete song, as opposed to just a jam. This kind of groove has always been a great place for us to go live as it seems to lend itself to our particular style of interplay and musical rascality, which I think we’ve managed to capture on the recording. This is the kind of thing that you can’t plan. It’s totally different every night and was indeed totally different on every take. Full credit has to go to Jonny and Charlie for their work on this one. This kind of song lives or dies on personality, spontaneity and risk, and they really delivered.

Potts is a stellar six-string strutter who plays with the confidence and maturity of a young man reaching the top of his game through relentless jamming and late night gigs in the clubs and bars of his native Edinburgh. This power trio is a tight knit unit, each musician given the space and opportunity to contribute creatively to the whole without overpowering one another. One by one these singles are getting more powerful and intriguing, leaving the listener waiting in eager anticipation for the next release.

This song will be available to stream on all major platforms, and also for download from Bandcamp where the two previous singles, “Where’s Your Man” and “Swashbucklin,’” can also be obtained.  A live performance of the latter can be viewed here.