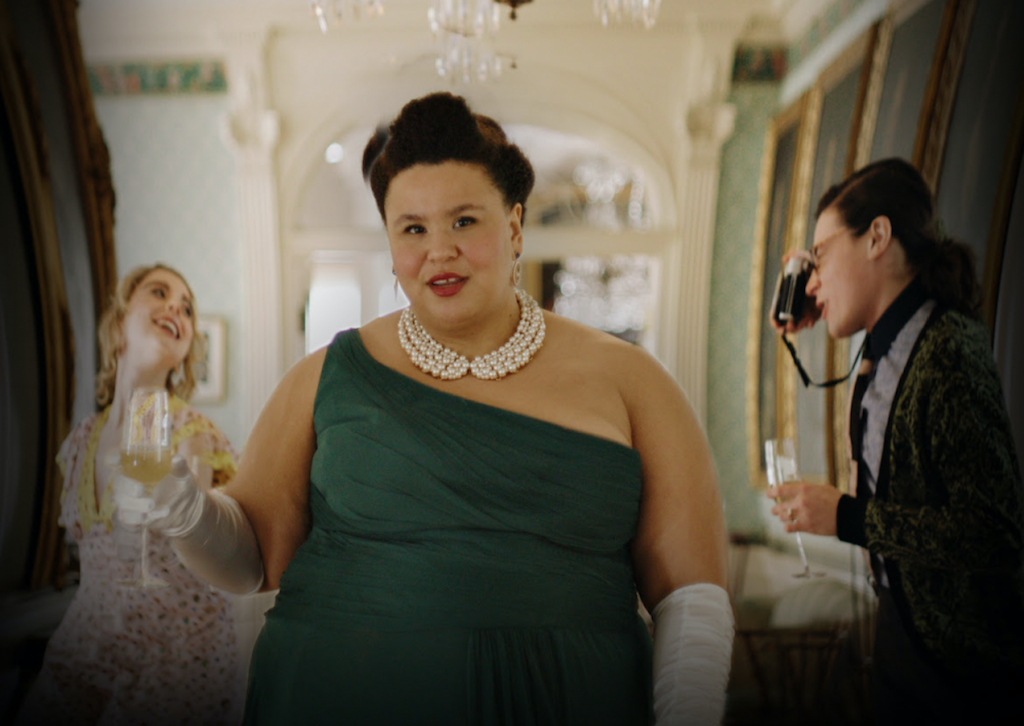 Bandits on the Run have released their newest single, “Spellbound.” The song appears on the upcoming EP Now Is The Time, produced by Ryan Hadlock (The Lumineers, Brandy Carlile, Vance Joy).

The deeply personal song sees multi-instrumentalist Regina Strayhorn stepping to the forefront. “The song is about ghosting, rejection, and the confusing chaos that often comes when a romance goes sideways. When I first came to my bandmates [Adrian Blake Enscoe and Sydney Shepherd] with a draft of it, the song felt so vulnerable that it was almost too embarrassing to sing. But they responded to its heartbreak, and so did the audiences we played it for. I’ve found that everyone’s had their turn being the fool at one point or another,” Strayhorn says. “For me, the song is a far greater gift than the fantasy relationship I might’ve had with this mystery man. Honestly, I thank him, because ‘Spellbound’ has healed my heart and connected Bandits on the Run to so many beautiful people.”

When COVID-19 caused them to cancel their 2020 tour dates, the multi-talented Bandits turned their attention to other creative pursuits, including writing and starring in a post-apocalyptic folk musical shot live in an abandoned theater in collaboration with Prospect Theater Company, titled The Band at the End of the World, recently selected to be shown at The NYC Indie Theater Film Festival. In addition, Enscoe is currently starring opposite Hailee Steinfeld in the acclaimed series Dickinson. Season Three will be filming this summer.

With the impending release of Now Is The Time and the prospect of live performance coming back, Bandits on the Run just may be the band best equipped to bring us into the new decade with spirit, love, joy, a little mystery and mischief, and a big heaping spoonful of heart.

Bandits on the Run