Windy City Wednesday – ‘Back to the Delta’ by Jimmy Burns 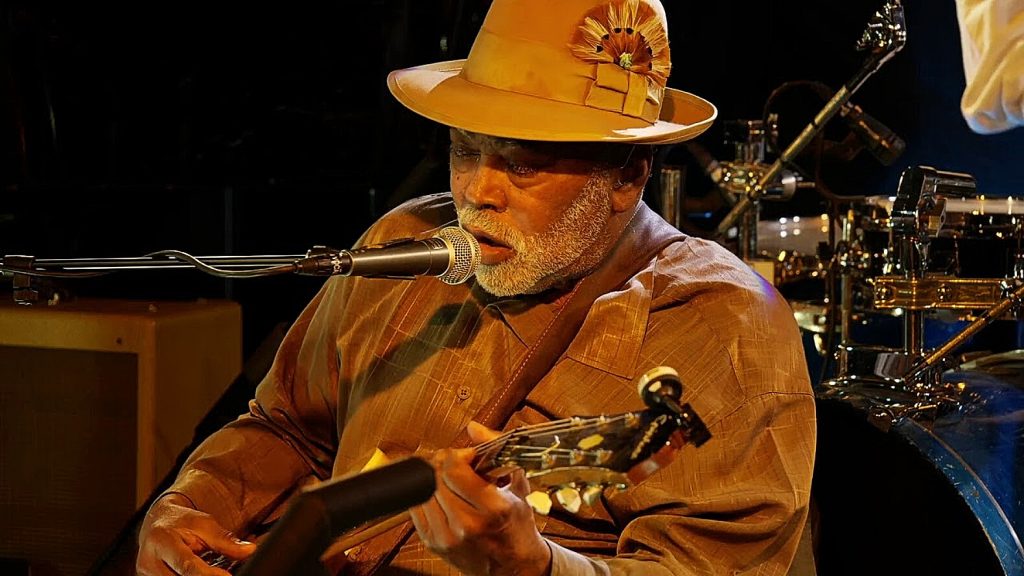 Welcome to Windy City Wednesday. In this weekly offering from American Blues Scene we share classic and sometimes forgotten blues albums from some of the most iconic Chicago blues men and women ever to grace wax. This edition focuses on the album Back to the Delta by Jimmy Burns.

On February 27th, 1943, blues singer Jimmy Burns was born on a plantation near Dublin, Mississippi, just a few miles from the Tutwiler train station where, some 40 years earlier, W.C. Handy had encountered a sad-faced and ragged guitarist playing what he described as “the weirdest music I had ever heard.” Like Handy, Jimmy took the blues that he heard around Tutwiler and Clarksdale, combined it with his knowledge of the music of the day, and reworked it into something exciting and new.

By the time Jimmy emerged as a Delmark recording artist in 1996, he had crafted a compelling, original blues style, based on his Delta roots, the sounds of Chicago, rocking rhythms, and soulful R&B, imbued with a refreshing enthusiasm missing from so many contemporary recordings.

Back To The Delta reflects those same influences with 13 original songs including “Juke, Juke, Juked,” “Stranded In Clarksdale,” and “Country Boy In The City.” The title track “Back To The Delta” is about Jimmy’s hometown just up the road from Tutwiler, where the blues was born.

The Delta landscape has changed since Jimmy grew up there with his eight brothers and sisters (including Eddie Burns, who went on to become a noted bluesman in Detroit). Gone are the tenant shacks and the sharecroppers who lived in them, rendered obsolete by the mechanization of cotton farming. Tutwiler was a bustling town then, a center of local commerce; now most of the old stores and businesses are closed, and a different kind of traffic drifts in and out: blues tourists, on their pilgrimages to see the site of the train station (itself also long since demolished), “home of the blues” signage and blues murals painted on the building walls on a few years ago, and just outside of town, Sonny Boy Williamson’s grave. But for Jimmy Burns, the Delta has remained a source of inspiration.

This album is dedicated to all the great delta musicians, past and present, starting with my late father Albert Burns Sr. I listened to him at a very early age and learned about musicians such as Blind Boy and Blind Lemon Jefferson to whom I dedicate “All About My Woman.” Back To The Delta is a tribute to the delta region Mississippi where Muddy Waters, Howlin’ Wolf, John Lee Hooker and so many other greats came from. With love and respect.

Purchase Back to the Delta via Delmark Records