Escape to a world time left behind with music that’s as timely as it is carrying an American legacy, a Disneyland for blues lovers. This year’s festival begins on Wednesday with an homage to the late Bubba Sullivan, the visionary whose devotion to blues built an event that’s become the gold standard of the genre. 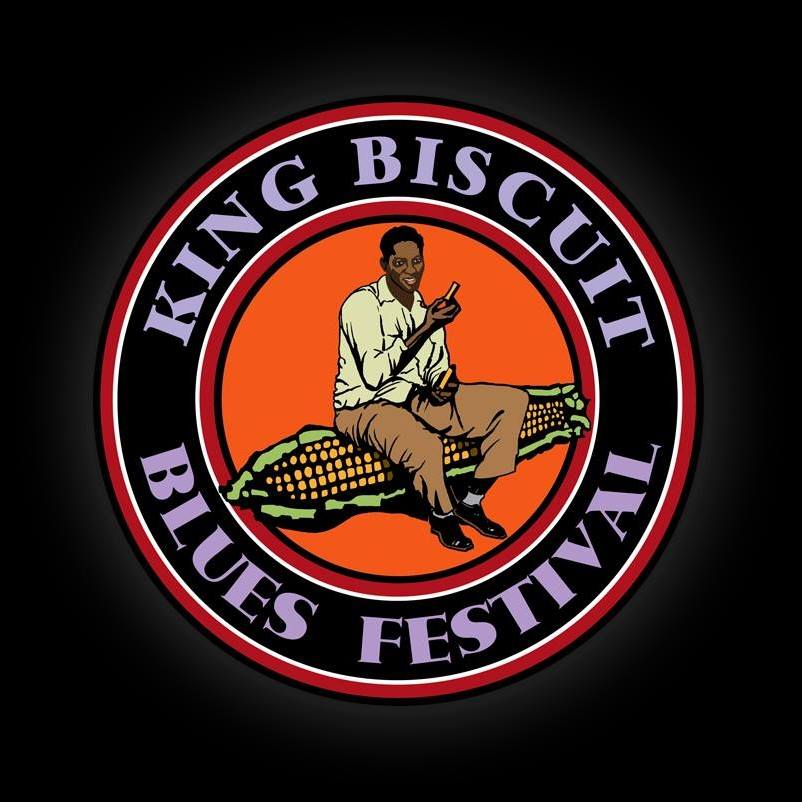 It’s been 50 years since The Staples Singers first released their clarion call to take us there. Mavis Staples will do just that on the banks of the mighty Mississippi Friday night, October 7th, third night of the four-day King Biscuit Blues Festival, for more than three decades, the south’s premier showcase of America’s music.

It’s been three years since the last King Biscuit Blues Festival in Helena, Arkansas; half a century since The Staple Singers took it to number one; 23 years since the song was inducted into the GRAMMY Hall of Fame. But that was then. This is now. Rory Block sings “I’ll Take You There” on her new album Ain’t Nobody Worried due for release the day Mavis plays the Biscuit. Mavis also duets with Buddy Guy on “We Go Back” on his new album The Blues Don’t Lie.

Thursday night’s headliner at the Biscuit The Fabulous Thunderbirds take us back to their 1976 hit “Tuff Enuff.” A rallying cry for nearly four decades, the song has never meant more than it does right now.

Talk about taking us there! The half-century legacy of southern rock’s premiere band The Allman Brothers with their treasured classics like “Whipping Post” and “Midnight Rider” lives on in Saturday night’s headliner the Devon Allman Project featuring Gregg Allman’s son whose credits include tours with The Allman Brothers and three albums with Cyril Neville and Mike Zito in The Royal Southern Brotherhood. Joining The Devon Allman Project on stage will be Wet Willie’s lead vocalist Jimmy Hall best known for their hit “Keep on Smilin’.” Jimmy has been a vocalist and bandleader for Hank Williams, Jr. since 1992. Larry McCray is Devon’s other special guest. He was awarded The Sunshine Sonny Payne Award for Blues Excellence at the 2015 King Biscuit Blues Festival.

Four days and five stages of more than 100 acts that offer attendees a tableau of the best in blues cradled on the banks of the Mississippi River, a stone’s throw from a town’s main street hosting the ghosts of a storied past dating back to before the first King Biscuit Time radio show in 1941.

The festival is not just a look back. Many of the acts appearing have taken the pandemic to produce career changing new albums including: Paul Thorn with It’s Never Too Late to Call, That’s A Fact, Jack by The Kentucky Headhunters, Diunna Greenleaf’s Ain’t Playin, and Nora Jean Wallace with Blues Woman.

My personal picks on secondary stages include on Friday Gaye Adegbaloloa and John Vaughn both on The Lockwood Stackhouse Stage. Lucious Spiller and The Paul Oscher Allstar Band perform on the CeDel Davis Memorial Stage. My Saturday picks are Fruteland Jackson and Diunna Greenleaf on The Lockwood Stackhouse Stage, Kenny “Beedy Eyes” Smith and Fillmore Slim on The Front Porch Stage, and Spoonfed Blues featuring Mississippi Spoonman and Blind Mississippi Morris on the CeDel Davis Memorial Stage.

Escape to a world time left behind with music that’s as timely as it is carrying an American legacy, a Disneyland for blues lovers. This year’s festival begins on Wednesday with an homage to the late Bubba Sullivan, the visionary whose devotion to blues built an event that’s become the gold standard of the genre. I will be hosting a remembrance of my friend Bubba whose calls to discuss road warrior war stories were the highlights of my week. My guests are all performing at this year’s event and are all artists whose heritage with this festival goes back decades:

At 88 years old and not slowing down, he’s become high profile. He’s earned two Grammy awards and four nominations. He recently published his autobiography I Ain’t Studdin’ Ya: My American Blues Story. He always tells me he’s not simply a crossover artist. He’s a criss cross artist. The Biscuit has been critical in his crossing that criss. A perennial favorite, if Elvis Presley were still alive, he wouldn’t get as warm a reception as Bobby Rush at the Biscuit.

She co-wrote “Pink Pussycat Wine” with Bubba Sullivan, and they performed it together at the festival in 2019. Her “Heaven Came to Helena” has become the festival’s unofficial signature song. She was Memphis’ top rocker until Rufus Thomas heard her in a cover band in 1992 and told her, ‘Ya got it! You use it! Do it!’

Greg Martin of The Kentucky Headhunters

The Headhunters were one of Bubba’s favorite bands – always there to help. They defy labels. They made their Grand Ole Opry debut in December 2021. Billboard magazine has called them “the great American rock and roll band.” Meet Me in Blues Land is a live blues album on Alligator with Johnny Johnson, Chicago blues cruising with southern road house grease that would make the Georgia Satellites and Jerry Lee Lewis proud.

The winner eight W.C. Handy Awards, he’s the only artist to have played every King Biscuit Festival. “I think the thing about King Biscuit is there wasn’t any other festival that has the legacy, and people don’t forget. In other words, the people that go and the people that put it on remember who their friends are, and who the great acts are, and they want to see them again. It’s like old home week.”

Muddy Waters called Wilson his favorite harmonica player, and vocalist. Kim donated money to the Sonny Boy Blues Society to try and save Sonny Boy Williamson’s Helena home.  “We were trying to save the building. A storm came through and they said, ‘We need to put a shed roof over it.’ So we paid for them to put a shed roof over it. A really big storm came through, and that was the end of it. The building was down, and it was terrible, but there was nothing we could do about it.”

He’s the music chairman of The King Biscuit Blues Festival and president of The Sonny Boy Blues Society. A talented guitarist who loves to showcase others in his band, he will host the Wednesday night jam after Bobby Rush’s set.

I think of The Biscuit as my family of choice rather than birth. I’m honored to be a part of an event that honors America’s music as our heritage. This year’s event marks the return from a pandemic that sets out to prove the old saw that whatever doesn’t kill you makes you stronger. And while Bubba Sullivan, the man who facilitated the little festival that could, did, is and will be is gone, we’re here to carry his torch.

About the author: Don Wilcock is an internationally recognized blues musicologist who wrote the definitive biography on Buddy Guy, Damn Right I’ve Got The Blues. He was the managing editor of the King Biscuit Times magazine, has moderated The King Biscuit Blues Festival’s Call and Response Seminar for more than a decade and interviewed scores of King Biscuit performers for the University of Arkansas Pryor Film Archives. He interviewed the artists and wrote all the copy for Helena Blues, photographer Bob Van Degna’s 2016 art book capturing the pulse of the 2015 King Biscuit Blues Festival. He will be hosting the main stage at this year’s festival and moderating the 10th annual Call and Response Seminar at the festival. ​