Texas style blues with Marc Benno and The West Side Horns 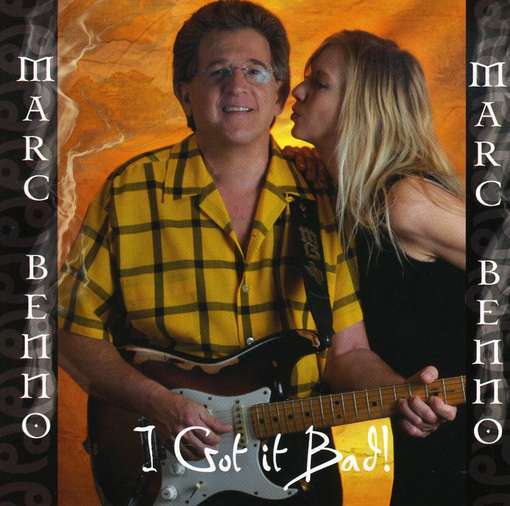 Marc Benno has released another album “I Got It Bad” to add to his already bulging body of work. According to my calculations this is the 18th album released by Marc Benno. He has been giving the music world his Texas-flavored blues for over 40 years now. A phenomenal, multi-talented musician, Marc has played with some of the greatest artists of our time, including Eric Clapton, Leon Russell, Lightning Hopkins and many others. In 1971 Benno was called on by psychedelic rock greats The Doors, who were looking for someone to play a bluesy, Texas styled guitar on the sessions for the LA Woman album, released in 1971 on Elektra Records. The early 70’s found his band Marc Benno & The Nightcrawlers opening up for Humble Pie and The J. Geils Band. The Nightcrawlers had a young guitar player named Stevie (Ray) Vaughan, this was before SRV started using his middle name.

On this CD by Marc Benno, released on Blue Skunk Music, we find a collection of 10 nicely composed quick hitting blues songs. I’m pretty sure you will not have any problem sitting through any of these. The longest song, “Texas Oil Driller” clocks in at 3 minutes, 36 seconds and the shortest is “Chance With You” at 2 minutes, 43 seconds. All of the songs have a decent upbeat groove, highlighting some real tasty organ work by Sauce Gonzalez and also features the top-notch work of West Side Horns from San Antonio in all the right spots. The rest of this more than competent rhythm section includes George Rains behind the drum kit and Jack Barber with the bass duties. This is definitely a rocking Texas blues album!
There is a great little instrumental number called “Tip Jar”. This one seems to pay homage back to some early sixties blues rock, namely Booker T. & the M.G.’s. That song leads us into a cool traditional blues tune called “My baby’s a Gambler”. If there is one common theme on this album it would half to be love gone wrong and the feelings left behind with a tortured broken heart.
Marc gets a gutsy, yet clean and pure tone from his strat and he plays stride for stride with the powerful horn section.
After all of the music he has put out, it would be easy enough for Marc Benno to rest on his laurels and just sort of mail it in. He does not do that with “I Got It Bad”, it is very easy on the ears.
Obviously it says a lot when an artist continues to get better with time. To me, that is one the most attractive and encouraging things about the blues and I believe that’s what sets it (the blues) apart from every other style of music. It is completely unique in that fashion.