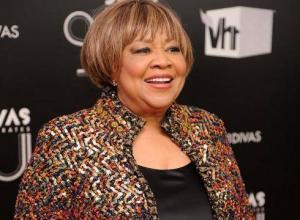 The Chicago Department of Cultural Affairs and Special Events said Tuesday that other headliners will include Texas Johnny Brown and Floyd Taylor. The three-day festival runs from June 8 to 10 in Grant Park along Lake Michigan. Staples will close the festival on June 10. She won last year’s “Best Americana Album” Grammy award for her album You Are Not Alone, produced by fellow Chicagoan Jeff Tweedy of Wilco.

The Blues Festival also will include tributes to several performers who died in 2011, including David “Honeyboy” Edwards, Pinetop Perkins, Hubert Sumlin and Willie “Big Eyes” Smith. There also will be tributes to Koko Taylor, Muddy Waters, Howlin’ Wolf and Lightnin’ Hopkins.