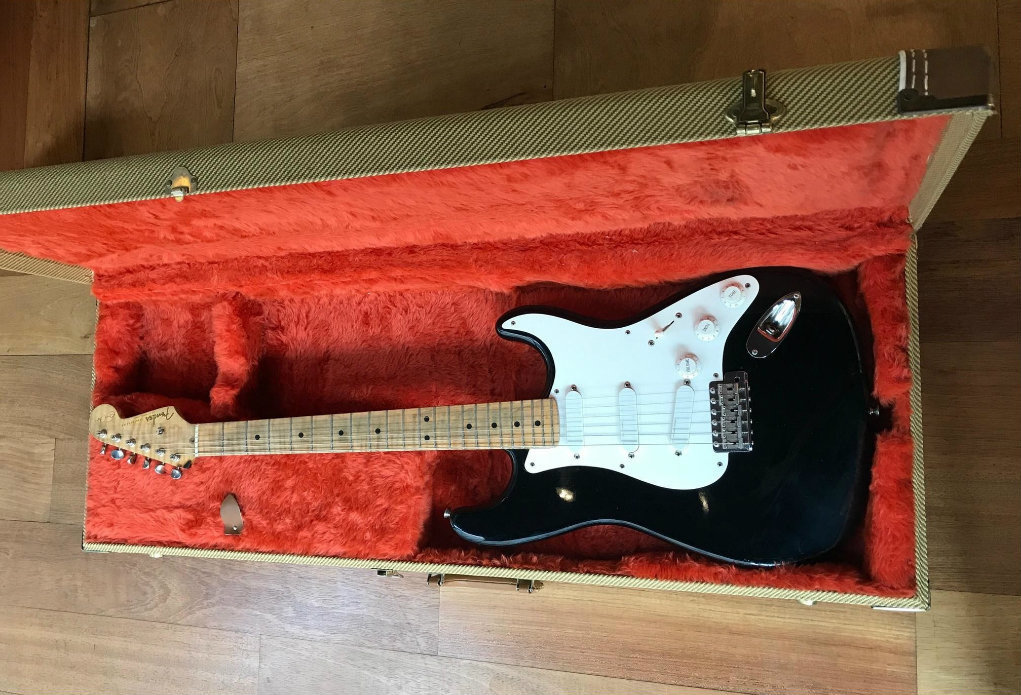 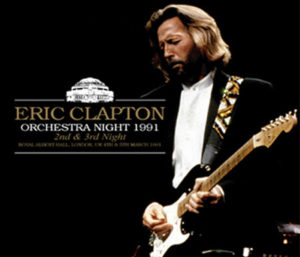 Without a doubt, one of the most famous guitars in history once belonged to Eric Clapton. Built by Nashville luthier, Ted Newman Jones, by combining the parts of three 1956 and 1957 Fender Stratocasters, she was dubbed “Blackie.” So important was this axe, that it made our list of The 10 Most Iconic Blues Guitars in History.

“Blackie” was sold at auction in 2004 for a whopping $959,500. Another of his guitars sold at the same time, for considerably less. Completed in 1990, the “Heir to Blackie” was Slowhand’s go-to instrument from then until 1993. The purchaser is now putting the heir up for sale via the San Francisco Art Exchange. The guitar is physically located at the gallery, and can be previewed by those wishing to make an offer.

The guitar will be sold to whomever first provides an offer deemed acceptable. This is not an auction per se, but an opportunity for someone to make an offer which is impossible to turn down. The minimum acceptable offer is currently placed at $325,000, although it is anticipated that the guitar will sell for a considerably higher amount. Some estimates have placed it in the $500k to $600k range. All inquiries are invited.

If you’re questioning Heir to Blackie’s pedigree, and who wouldn’t, she’s been involved in some pretty historic events. First, this guitar has been referred to as the first officially sanctioned Eric Clapton Signature Stratocaster. It is the last known guitar played by Clapton before he quit smoking in 1993, therefore having the characteristic cigarette burns on the headstock. Clapton played this guitar during the 30th Anniversary Bob Dylan concert at Madison Square Garden in ’92; backing George Harrison on the Japan tour of ’91; and during the historic Royal Albert Hall “24 Nights” shows in 1990-1991.

Clapton also played “Sunshine of Your Love” on the guitar during the induction of Cream into the Rock and Roll Hall of Fame in 1993.

What legendary guitar would you love to own? Let us know in the comments.