Why Did James Brown Have Two Drummers? (and what bands have Double Drums) 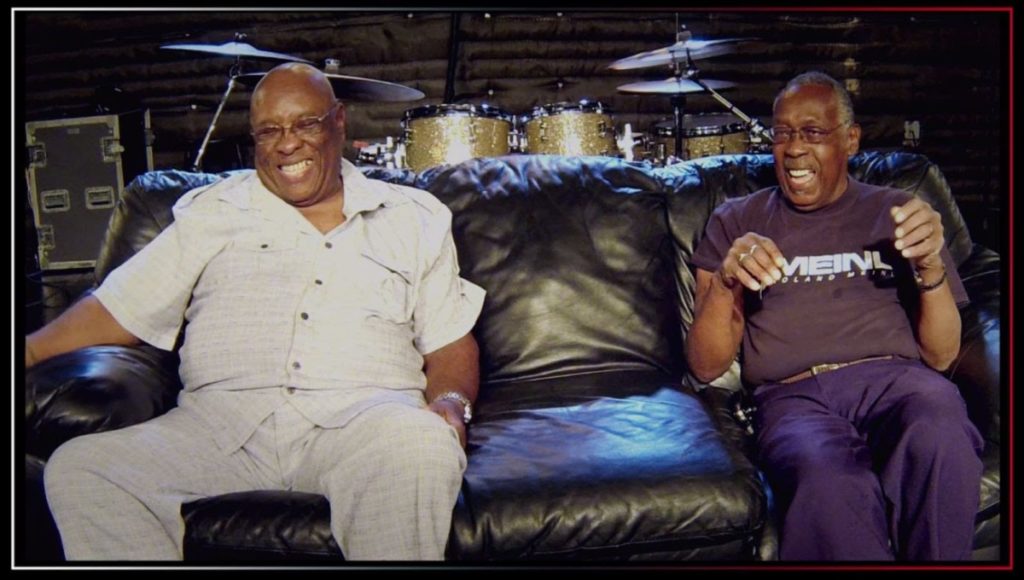 In fact, there were usually 40 to 50 people who made up the James Brown Revue, performing over 300 shows per year. But why would James Brown need two drummers?

Known as “double drumming,” the practice of having two drummers became very popular in both jazz, and rock and roll. This is not to be confused with “double-drumming” (notice the hyphen) which was an early technique allowing one musician to play both snare and bass drum with sticks. This method was used prior to the invention of the bass drum pedal in 1909.

Double drumming is the use of two or more drummers in one band. Both drummers can keep the same rhythm, or one can play the rhythm while the other plays in a different style.

For James Brown, it all began in the early 1960s. Back when Clayton Fillyau was the drummer, he had only one of each musician. Before one particular performance, the band rebelled against Brown for something and refused to play. James acquiesced to their demands and the show went on. But after the performance, Brown swore “I’ll never be caught without two of everything.”

Both a perfectionist and harsh task-master, Brown kept to his word, hiring multiple musicians for each instrument in the group. From the mid 1960s to the early 1970s, the two most famous of Brown’s drummers were Clyde Stubblefield, and John “Jabo” Starks. These two artists created the groove for many of Brown’s hits, and were the architects of modern funk drumming.

Starks was hired just two weeks before Stubblefield in 1965, but by the time Stubblefield auditioned, there were five drummers in the group. These two self-taught masters congealed so well, that Brown fired the others. Their styles were different, but together, they formed the very foundation of soul, and subsequently funk, and hip-hop.

James Brown wasn’t the only bandleader to have two drummers. Many bands, particularly in the rock and roll genre, have employed multiple percussionists.

2. The Allman Brothers’ Jaimoe and Butch

The Allman Brothers Band, from their earliest work, had two drummers. Butch Trucks had recorded an album length demo with Gregg and Duane Allman in 1968. Jai Johanny “Jaimoe” Johanson had been recruited by Duane Allman while he was under contract with FAME Studios. On March 30th, 1969, the stars aligned and the Allman Brothers Band played their first gig at the armory in Jacksonville, Florida.

Trucks and Jaimoe remained the two drummers with ABB from 1969 to 1980, when Jaimoe was replaced by David “Frankie” Toler. Jaimoe and Trucks briefly reunited with the band in 1986, and then again in 1989, with both drummers remaining until the Allman Brothers break-up in 2014. In 1991 a third drummer, Marc Quiñones, was added to the group and also remained until 2014. However, it was Butch Trucks, influenced by artists like the Rolling Stones and Grateful Dead, and the jazz loving Jaimoe Johanson, that helped give the Allman Brothers their unmistakable, signature sound.

One of history’s greatest jam bands, the Grateful Dead also brought two drummers to the show. They had just changed their name from the Warlocks in 1967 when Mickey Hart was invited to sit in at a live show. From that moment, he joined Bill Kreutzmann as the second drummer with the group. It was said that Bill drove the beat, while Mickey provided the “color.” One thing is for sure, having two drummers allowed much more improvisation during the Dead’s long, free-form jams. Hart left the group in 1971, but returned to his throne in 1974.

The Doobie Brothers began using two drummers in 1971. The pairings were usually either John Hartman and Michael Hossack, or Hartman and Keith Knudsen, or Hossack and Kundsen, depending on the time frame. However, Chet McCracken also played with the band, giving them three drummers for a short time in the mid-1980s.

Perhaps one of the best examples of double drumming today can be heard from the Tedeschi-Trucks Band. Since their formation in 2010, and through four Blues Music Awards and a Grammy, they have employed the drumming skills of Tyler Greenwell, and J. J. Johnson. A blues rock juggernaut, Tedeschi-Trucks Band has released three studio and two live albums, continuing to be one of the hardest working bands on the planet.

James Brown may not have been the first band leader to employ two drummers, but his decision to do so changed the game in music. From 38 Special to Joe Walsh, dozens of acts now bless our ears with the combined unique talents of two drummers.