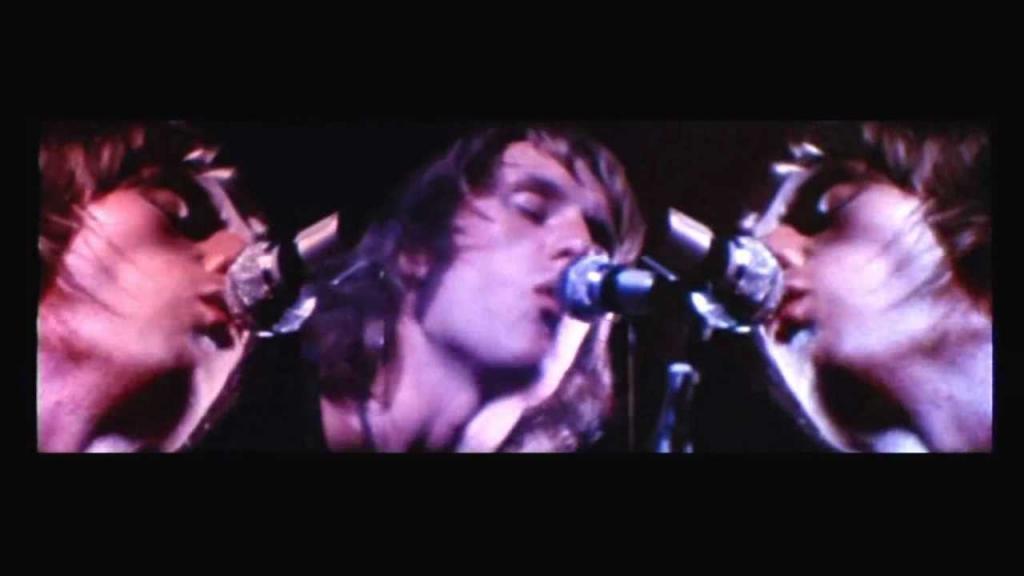 The 1969 New York festival was billed as “Three Days of Peace And Music,” but it would subsequently take on a much greater significance by becoming a defining symbol of the baby boomers generation. Woodstock is universally regarded as the most important rock concert ever held, representing the so-called 1960s hippie culture of ‘sex, drugs and rock and roll.’ Young people wanted a life that was very different to that of their parents and they were prepared to protest against inequality and conflicts such as Vietnam and to support civil rights movements. Woodstock became the catalyst for escapism into music and provided the opportunity to spread the message of unity, love and peace. 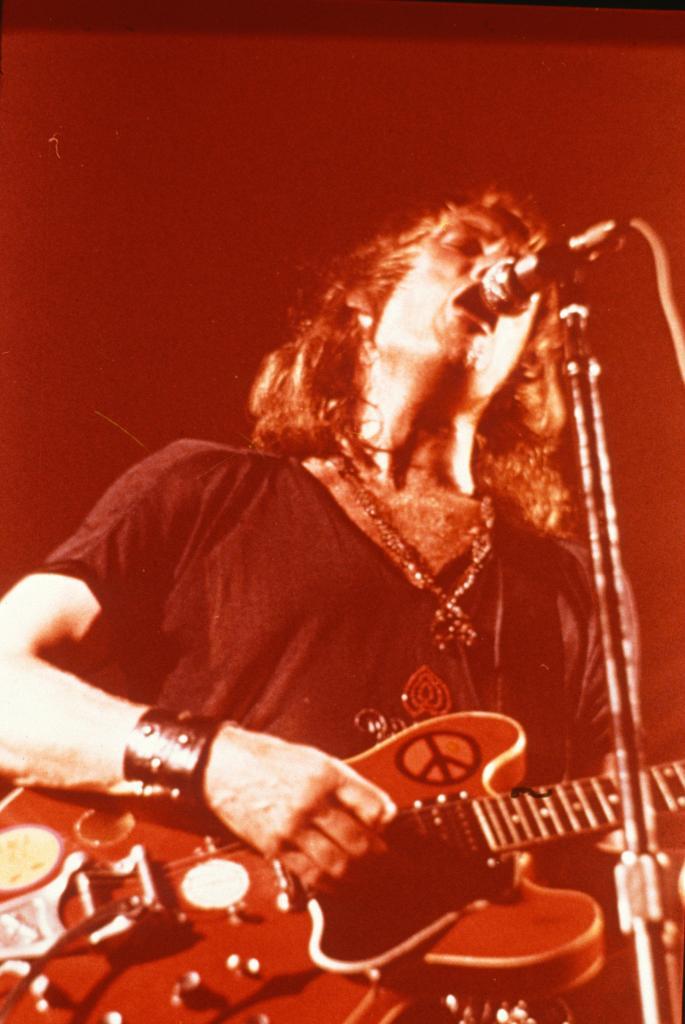 Despite a star-studded line up which included Jimi Hendrix, The Who and Santana it was the lesser-known provincial blues-rock band Ten Years After who were the real showstoppers. Frontman Alvin Lee addressed the 500,000 crowd at the end of their short set to introduce the band’s national anthem, “I’m Going Home,” an adrenaline fueled vintage blues and rock and roll extravaganza. This high-energy, virtuoso performance propelled TYA to global stardom and cemented Lee’s reputation as the fastest guitarist in the west with his fleet-fingered fretwork of a velocity rarely witnessed previously. When the smash hit documentary, Woodstock, was released the following year, Lee’s reputation as an iconic axe man was preserved for posterity on film. Not only that, his distinctive red 1961 Gibson E-335 adorned with a peace symbol sticker and dancing hippie man motif made “Big Red” almost as famous as its owner. Alvin was one of the first popular musicians to promote universal peace through songs such as “I’d Love To Change The World.” Gibson would later nominate Alvin as the greatest ever exponent of its ES 335 model, deservedly ahead of Eric Clapton, Chuck Berry and BB King.

During an interview with Dave Scott in 2004, Alvin Lee talked about Woodstock.

It was a good festival, a spectacular event and I enjoyed it. The main thing to me that made it different was flying in by helicopter. It was an open sided helicopter so I had a safety harness on and was hanging out over a half million people and there was an amazing smell of marijuana coming up; not the kind of thing you forget easily. We had to hang around for several hours due to a storm and they’d run out of ciggies backstage so I volunteered to go out in the audience and blag some and I came back with about 30, so I was quite popular. We were then told that we couldn’t go on stage in case we got electrocuted as there was still some rain and I just said, ‘Oh come on, if I die at Woodstock we’ll sell lots of records.’ Actual playing wise it didn’t seem that special, and the solo on the movie sounds pretty rough to me these days, but it had the energy which was what Ten Years After were all about at the time. Even after we’d done the gig, apart from being declared a national disaster by the US government, it didn’t seem that big a deal. I think the movie is what made it big and suddenly I was on all three screens. I never wanted to be singled out but when you are the lead guitarist and the singer you get the spotlight whether you want it or not.

I think the film gives a taste of what it was like to be around at that time. Young people were optimistic about changing the world for the better and the youth culture had it’s own music, language, ideals and fashion. You were either part of that group or against it and I loved the whole period. To get to the site we flew into New York from St Louis the day of our Woodstock performance and drove from La Guardia to the Holiday Inn, Bethel which was as close as we could get so from there we took a helicopter. I hadn’t eaten since the night before and was thinking about going over to the catering area when Pete Townsend came striding purposely towards me. ‘Leo, don’t eat any of the food, or drink anything that’s not from a sealed can. Everything is spiked with acid!’

Just before we were due to play, the storm broke. The roadies and I sheltered in the back of a U Haul truck as the drizzle turned into a torrential downpour which shut down all the music for an hour or two. By the time we performed, the stage floor was soaked from the downpour and steam was rising from the band and the audience. Because of the humidity, Alvin and I had tuning problems and I recall we stopped the show several times in an attempt to tune our guitars. Nevertheless the crowd reaction was fantastic and I’ll always remember that.

At the end of our show the helicopters had stopped running. Leaving the site was not easy. There were long traffic jams heading back to NYC and no room in local hotels. By the time we got back to Manhattan, the hotel had given my room to someone else and I slept on a table in someone’s office. Playing the gig was exciting. On the negative side I remember the mud, no food, no sleep and sheltering in a truck during the storm but most of all I remember the great reception we got from the crowd.

Loraine Burgon met Alvin in Nottingham in 1963 when they were both living with their parents. A talented seamstress she made Alvin’s tapestry trousers and styled his beaded top for Woodstock. She takes up the story:

The whole event was organised by hippies, not a straight person in sight! The plan was for the band to play on Sunday afternoon but a storm of biblical proportions erupted so we just hung about smoking weed and listening to the crowd singing. When the storm ended, it was still daylight, and Joe Cocker followed by Country Joe and the Fish were next to perform. It was dark by the time TYA started their set; I had followed Alvin on to the stage and went to the front, finding a place, hidden behind some stacks of PA speakers, to dance. From there the view across the crowd and up the hillside was spectacular, bonfires were burning, smoke rising, flags flying, the immense crowd scene resembled a medieval painting by the Dutch Renaissance master Hieronymus Bosch. Alvin’s pent-up energy from waiting so many hours, resulted in an intense and extraordinary set, Alvin singing from the depth of his being and playing like a force of nature. Big Red was a part of his body over which he had compete mastery, moving from slow, drawn-out feedback to mind-blowing speed and dexterity, bending the strings. Alvin never used foot pedals or effects boxes on stage, Big Red went straight into his Marshall amp, set up to produce sonic extremes, and the rest was technique. ‘I’m Going Home’ was one final intense, sweaty workout, to triumphantly end a completely magical set. The biggest stoned hip audience at this extraordinary event had danced, screamed, shouted and sung along.

THE HISTORY OF BIG RED AND IT’S FOR SALE!

Alvin talks about “The guitar that ate Woodstock.”

My original Woodstock guitar, Big Red, is covered in old stickers because fans used to throw them on the stage and afterwards I gathered them up and stuck them on. Then one day I sent the guitar to Gibson to have some repairs done and when it came back they had lacquered all over the stickers so they would never come off. I thought it was pretty stupid at the time but now I am quite pleased about it. I stopped taking Big Red out on the road several years ago because it became so valuable even though it had only cost me £45 in 1964 when I bought it in Nottingham. I was offered half a million dollars for it quite a few years ago but I thought the guitar would be worth even more in the future so now I keep it in a vault.

His girlfriend at the time, Loraine Burgon explains the meaning of the stickers.

As soon as TYA gathered fans, I started a fan club, under the pseudonym “Vicky Page”, calling it Ten Years After Music Lovers Society. I designed a logo and wrote and compiled a magazine called ‘Palantir’ with pieces by the band and poetry, etc. from their fans. That logo became the first sticker that Alvin stuck on Big Red underneath the strings at the back of the bridge, to be followed by the peace sign decal. There were only four stickers on Big Red at Woodstock and this is the model that Gibson is making into a limited edition for the 50th anniversary.

In April 2019, Joe Bonamassa surprised the audience at the Royal Albert Hall in London by bringing Alvin’s original Big Red on stage to play three songs. Reportedly a big Lee fan, he said, “Needless to say I am extremely honoured to be able to play this guitar tonight for the first date of my tour.” It had been over quarter of a century since Big Red had last been taken out on the road by Alvin. His family recently decided to sell the guitar on which Lee’s fabled fingers had weaved his magic. Given that the Woodstock guitar played by Jimi Hendrix fetched $2 million at auction, what is the value of this Gibson E-335 given its even more unique place in rock and blues history as Lee’s one and only guitar, defining a generation and stealing the show? Lee’s legendary status has been further enhanced by the estimated 13 million YouTube viewings of I’m Going Home since his untimely death in 2013.