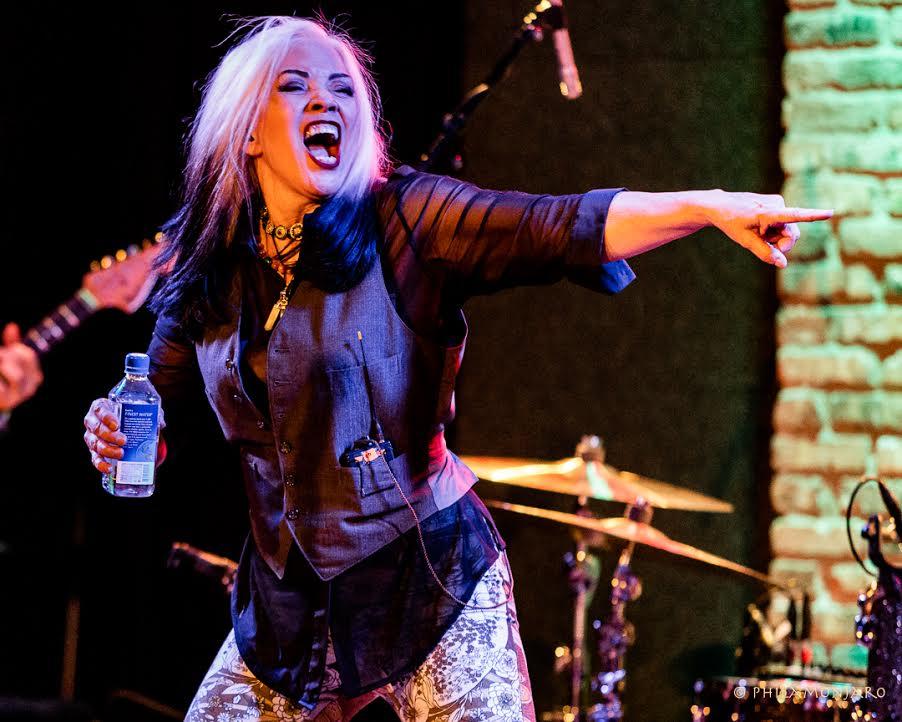 Cherie Currie and Brie Darling played a raucous rock and roll show at the City Winery in Chicago with the help of a four-man backup band. Currie, the one-time lead singer of the seminal female band the Runaways, and Darling the on-again, off-again drummer for the pioneering women group Fanny, sang most of the songs from their recent excellent collaboration album, The Motivator, including two of the three originals from that release.

The two traded vocals for most of the night. Although Currie joked at one point that she was having a senior moment because she forgot the opening lines to one of the new songs, it is hard to believe that Currie will be turning 60 in a few days while Darling is already 70. Both musicians were in fine voice, had lots of energy, and clearly were having fun playing many of the cover songs from The Motivator.

In addition, Darling sang two songs, and played drums on one of these songs, from last year’s Fanny reunion album,  Fanny Walked the Earth. The set opened with a cover of the Runaways’ song “American Nights” and closed with the Runaways’ classic “Cherry Bomb,” which had the crowd on their feet singing along. Opening Act White Mystery played a short, loud, and enthusiastic set.