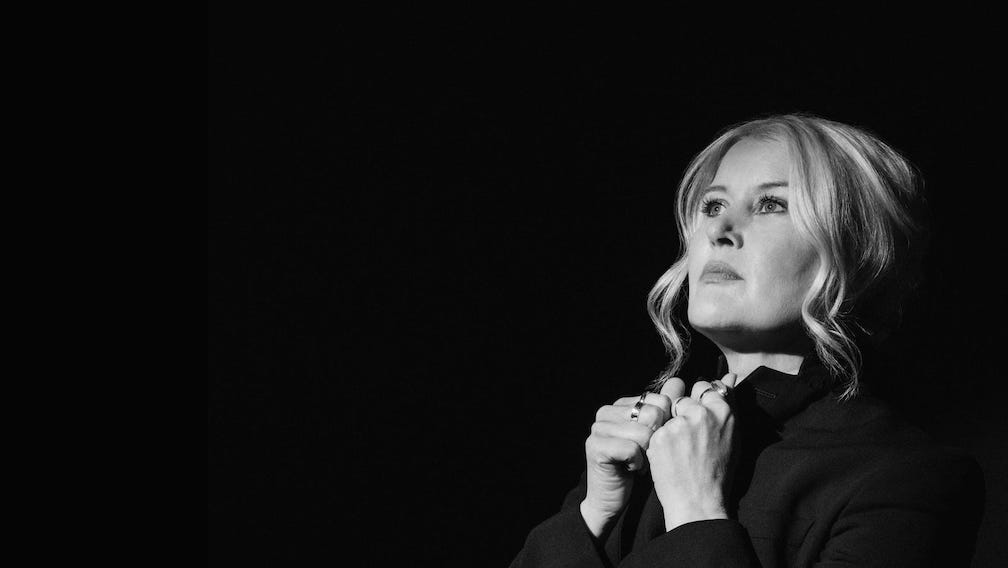 “(My career is) truly the fable of the tortoise and the hare. And the tortoise wins the race. So, I think (I’m) the tortoise, working hard and staying the course turning out what I think is important music, positive music. I like what I’m doing. I feel free, and that’s my purpose right now.”

“I have core fans, and of course they get it. They’ve stayed with me forever. And then there’s the fair-weather fans who don’t understand. They know the songs, but not me, not my catalog.”

Paula Cole has just released American Quilt, her ninth album since she recorded This Fire a quarter century ago. “Where Have All The Cowboys Gone” from that album went top 10, garnering GRAMMY nominations for Record of the Year, Song of The Year and Best Female Pop Vocal Performance. Plus, it was nominated for MTV’s Best Female Video.

“I Don’t Want to Wait,” the second single off This Fire, became the theme song in 1998 for Dawson’s Creek, an immensely popular WB TV show.  In 2019, she told the Huffington Post that “Where Have All The Cowboys Gone” was “clever and the lyrics grabbed people’s ears and it confused people too — they didn’t know if I was being serious or ironic. That opened the doorway for me.”

Twenty-three years after those two songs made Paula Cole ubiquitous in the minds of the general public comes American Quilt, a masterpiece so stunning that it artistically dwarfs her early efforts. 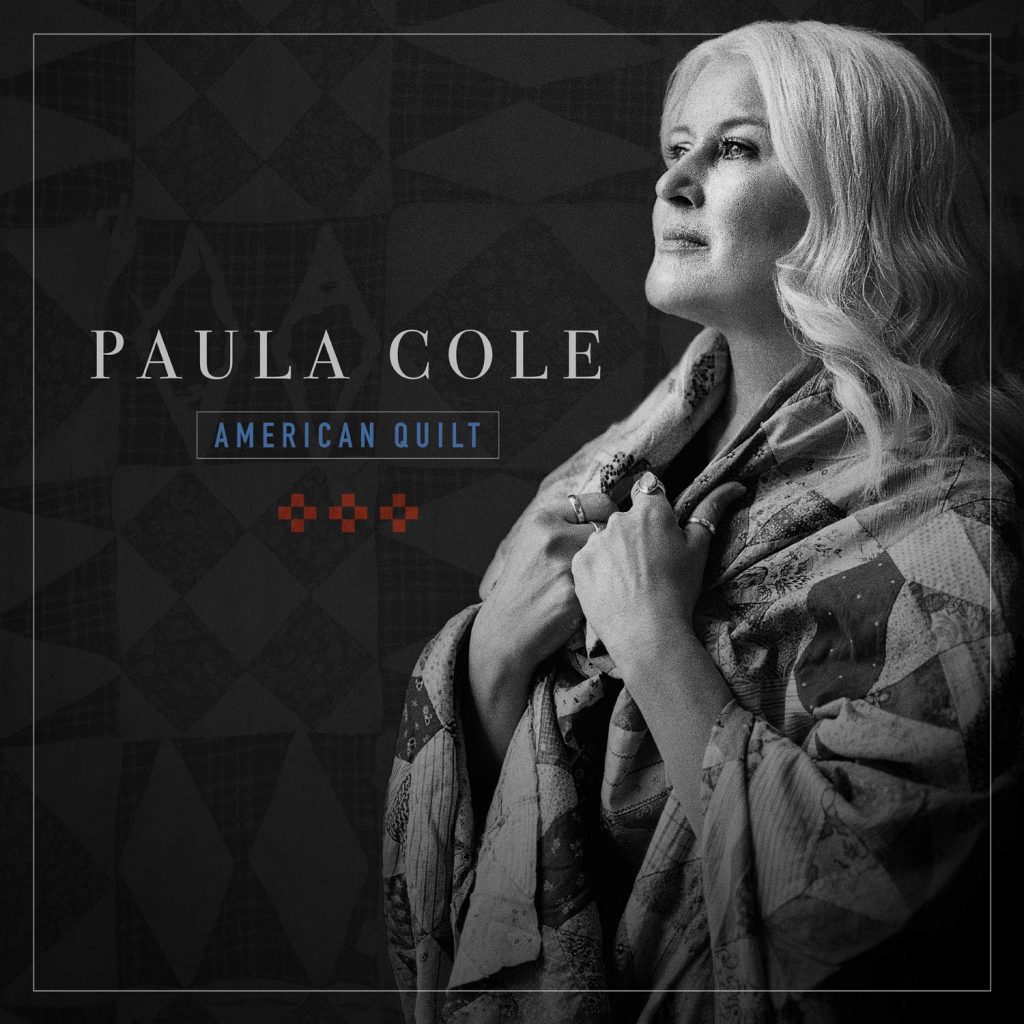 But in a society that tends to judge artists by the number of pieces of music they sell, there is always the chance that Paula Cole’s early high-profile success may overpower her current sheer artistry in the minds of the general public. The simple fact is such early successes can minimize all subsequent efforts in the minds of the general public and bury an artist emotionally as amazing as their later efforts may be. And American Quilt IS amazing.

Today, Paula Cole looks at herself as a tortoise whose slow but steady movement forward will eventually win the race with the hare. The fact is, if it weren’t for her friend Emmylou Harris’ encouragement, she very well might have left her musical career altogether.

“I think she’s one of the great voices in America,” says Paula about her longtime friend Emmylou. “Her Roses in the Snow album is hugely influential. I’ve listened to it a million times. When both of us were on Lilith Fair together, she would sing “Green Pastures” on her set, and I would take the Dolly Parton part.

Going up home to live in green pastures

Where we shall live and die never more

Even The Lord will be in that number

When we shall reach that Heavenly Shore

“She asked me to do a couple shows with her like singer/songwriters in the round, sort of a Nashville tradition. That’s when I confessed to her that during my hiatus (to raise her daughter) I didn’t want to go back in the business.

“She said I had to. I had too much of a gift, and I had to go back. I had to do it. It helped me see the situation from a larger perspective, and it also taught me to see the wisdom in having such a huge career but staying the path like a tortoise.  So, I feel like I am the tortoise right now, but Emmylou helped me through that.

“She would see my musicianship like what I was or how a hit didn’t matter. We just related to each other on a musical level and on a personal level even though there I was in the pop world. The classic case of keeping people apart (in the pop world vs. less popular genres) is really wrong.

“Here I wanted to be a jazz singer, and she included me in her circle and supported me. Life can be surprising and disappointing, and it’s up to us to figure out how to deal with it, isn’t it? So, it’s my huge task to learn how to deal with. Meanwhile, I trust the music will stand the test of time, and Emmylou believes in me, and I believe it will.”

American Quilt defies easy categorization in the same way the music of other great artists like Johnny Cash and Ray Charles defy categorization. There is a jazz-like sophistication that comes from working with two of the same musicians since she was 19. Drummer Jay Bellerose and guitarist Kevin Barry have been her collaborators since the trio’s days at Berklee. But rather than being confined in any one genre, Paula creates a genre of her own. Silky, dreamlike, soft but strong, American Quilt’s music exists as the antithesis of the kind of product that major labels were turning out when she recorded her two big hits. By the way, she claims to have never watched Dawson’s Creek. 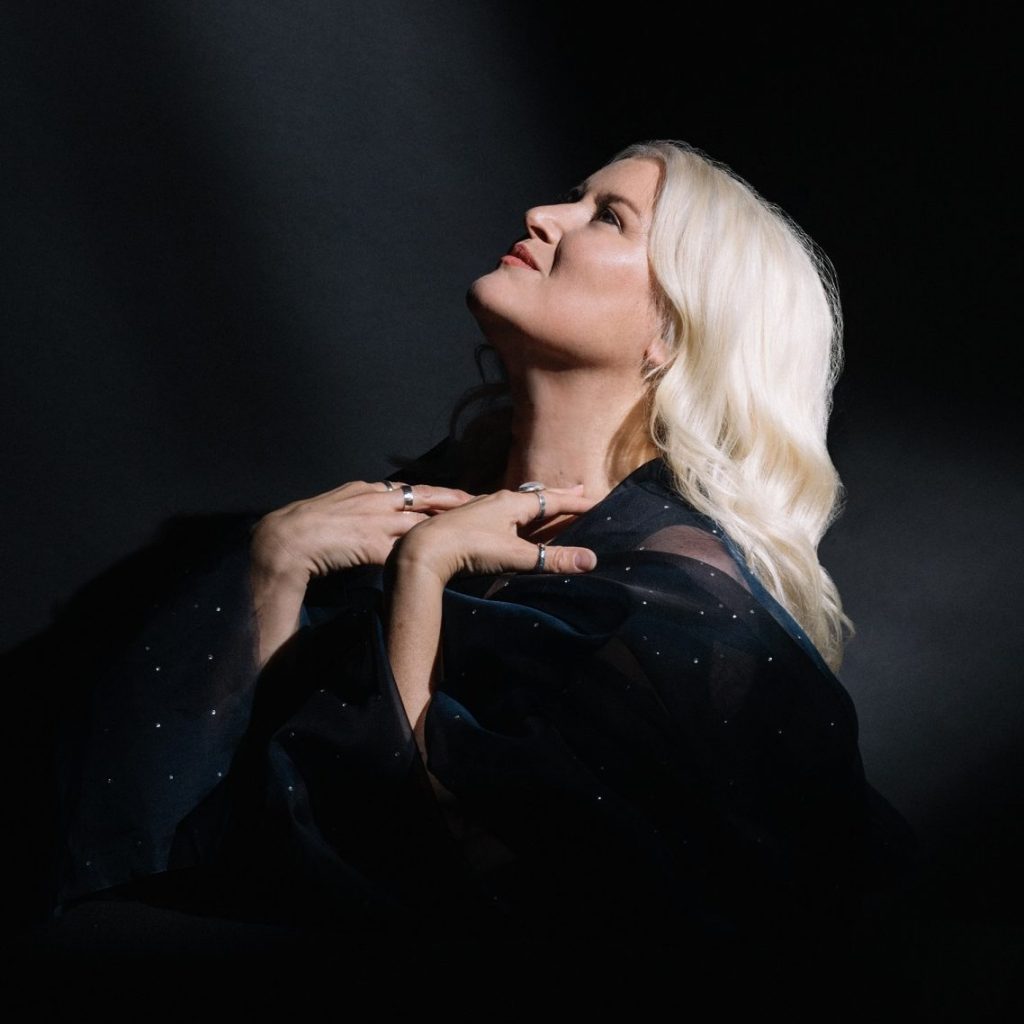 The centerpiece of the new album is “Hidden in Plain Sight,” the only original song of the 11 cuts. It’s about quilting. Paula’s mom is a visual artist who makes patchwork quilts. “Doing research on quilting in America brought me to the history of slavery. Some people dispute it, but I absolutely believe it’s true. Slaves adopted quilting, and women sewed quilts. Each square represents clues and advice for those escaping through the underground railroad.

“(These quilts) are the visual equivalent to the field hollers. Slaves were largely kept illiterate so they could be kept down, and ingeniously they created slave quilts. It was looked at as nothing because it’s women’s work, and yet it was radical and helped teach the way to the underground railroad.”

The squares of each quilt offered slaves clues of how to escape. “You follow the keys to the spring because it will take you north to Canada where there was no slavery. You follow the path of animals. They’ll take you to water, a place to hide and so on and so forth.”

The other songs on the album are classic Americana, cutting across genres but in a way that fits. “I decided because there was nothing out there representing this for me musically apart from some of the gospel songs like “Steal Away” which is not just celebrating Jesus, but it also code for stealing away to Canada. The adoption of these Chrisitan hymns represents freedom, a way to freedom, like physical freedom in your lifetime.

“American Quilt the title came to me in this intuitive way, and this entire album came to me in three parts. The first part was leftovers from most of the tracks on my (last album) Ballads sessions. When you say leftovers, they actually were some of the better tracks, I think. They just didn’t fit with the Ballads album, and I know I needed to do something with it, so I started with that.

“Part 2 was I wanted to bring the same American, folksy and blues side of myself to the table because I was raised with such a musical mixture. My dad was a professional musician on weekends, and he could play a myriad of instruments, and I was just raised in this diverse musical home where we made our own music, and we would play folk songs, country songs, blues songs, jazz songs, and it didn’t matter how the music was classified.

“In fact, classifying was something non-musicians did, and our music represents the side of myself like breaking down barriers and putting it together. That’s when the quilt idea came, because American music is a patchwork of cultural legacies of histories. The music reflected it. I realized that I need to thematically unify all this gorgeous music that is American music. It might be from the city, or it may be from the mountains or the rivers (straying) on the river or crossing the Atlantic a couple of times.

“The music gets changed through aural history a little bit, but it comes back down to this beautiful changing aural history. Blues? I mean I love and worship Bessie Smith, (covered here on “Black Mountain Blues”) and she was telling cautionary tales, and tales in the Prohibition, and tales of empowerment to women and tales of strife, knowing profound racism and strife. How woven is the music and aural history!”

“I went back into the studio right before the pandemic hit, and that’s when we recorded five very important tracks to this album which were “Black Mountain Blues,” “Wayfaring Stranger,” “Shenandoah,” “Bye Bye Black Bird,” and “What A Wonderful World,” which is meaningful to me because we’re feeling a lot of sadness and heaviness in the world, and it’s filled with pathos, but it really is a hopeful song, and Louis Armstrong (“What a Wonderful World”), the genius that was, unified black and white audiences. If there’s a hope of unifying us, I think music does have that purpose. It serves that purpose.

“Finally, getting to part three which was the body of works did not feel complete without representing slaves as a part of our history.”

Paula Cole’s American Quilt stunningly represents the antithesis of major label product. It cries out against the music industry’s emphasis on numbers over artistry. She may remain best known for two big major label hits, one of which was the theme for a very commercial show she’s never watched, but her heart and soul have triumphed over her early hits. “Rush Limbaugh loved that song,” (I Don’t Want to Wait”) Paula notes with irony. “Yes, he used to play it on his radio shows.

“I walk that middle line with people as a musician. Of course, my lyrics go all over the place. They tell personal stories. Sometimes they’re sardonic. Sometimes educational. Sometimes, therapy.  But the height of purpose for music is healing.

“Life can be surprising and disappointing, and it’s up to us to figure out how to deal with it, isn’t it? So, it’s my huge task to learn how to deal with. Meanwhile, I trust the music will stand the test of time.  Emmylou believes in me, and I believe it will. I think of her when I cover “Wayfaring Stranger” from her Roses in The Snow album.”

I know dark clouds will gather ’round me

I know my way is rough and steep

But beauteous fields lie just before me

Where God’s redeemed there vigils keep

“I hated (the music industry), and I needed a reset. I left labels, and I’ve been independent artist for I don’t know what, seven albums.

“I have a lot of love, and God bless my kids ’cause they allow me to live, and they help me to live, and then I can be really pure about what I do for my art. So, it’s a Robin Hood situation, and I’m grateful for that, and make the music I really want to make, and not making it for anybody else, and I do have a great life, and I’m so lucky. I’m so lucky.”