If you have ever wondered where will the blues go after B.B., Buddy, et al., we are in good hands with this kid. 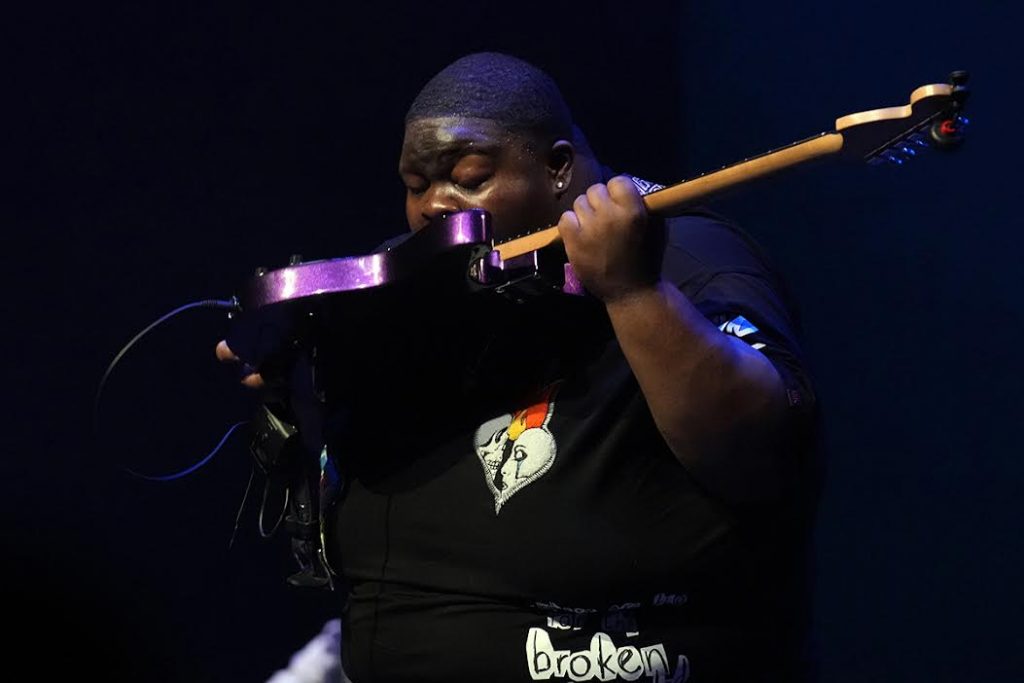 Christone “Kingfish” Ingram brought his powerful voice and guitar to the Orpheum Theatre in downtown Phoenix, Arizona. Kingfish, born and raised in 1999 in Clarksdale, Mississippi, the birthplace of the blues.. Fresh off a Grammy win, earlier this year, for “Best Contemporary Blues Album” titled 662, he is making a name for himself. The album, written during the pandemic, was named after his telephone area code where he lives in North Mississippi.

Playing publicly since he was 11 years old, Kingfish was influenced by the likes of Buddy Guy, Robert Randolph, and The Tedeschi Trucks Band. The cousin of country star Charley Pride, he played drums at six years old and later played bass until finally settling in on guitar.

Kingfish didn’t waste much time revving up the crowd with his hard hitting single “She Calls Me Kingfish” off the 662 album – strong chops and smooth guitar setting the tone for the night. The music was mostly his tunes, but he threw in two covers: Michael Burks’ “Empty Promises” and the popular “Hey Joe” as part of the encore. The guitar work is just incredible to watch, the way Kingfish brings it down to a snail’s pace, picking note for note. You could hear a pin drop while waiting for his next move, and he brings you to your feet with a solo that knocks your socks off. At one point, Christone apologized to the crowd for playing too fast, saying “It’s a spiritual thing. Sometimes it’s not me up here.”

“Too Young to Remember” and “Your Time is Gonna Come” were next, and the highlight of the night. After walking off stage in the middle of the song, he re-appeared down into the crowd, walking up and down each aisle playing over a 10-minute solo amongst the people. High fives and posing for pics, Kingfish never broke off from his solo until returning to the stage and getting a standing ovation. I don’t think anyone will forget that for a while. What an impression and memory.

The next part of the show was dedicated to an acoustic set, in which Christone sat down and played a few songs. Again, great solos and just a smooth, crisp sound that really impressed me. The future looks bright for the blues! If you have ever wondered where will the blues go after B.B., Buddy, et al., we are in good hands with this kid.

The show continued with a couple more and closed with 662, a great jam that ended with another standing ovation and intense clapping. Kingfish returned to the stage and finished out the night with “Long Distance Woman” and “Hey Joe.” If you are into the blues and/or just like a great guitar player, I think when it’s his time to carry the torch, he is going to be talked about for a long, long time. I look forward to watching his career move forward and what he is going to bring to the music world.

She Calls Me Kingfish

Another Life Goes By

Too Young to Remember

Your Time is Gonna Come

That’s What You Do

Outside of this Town