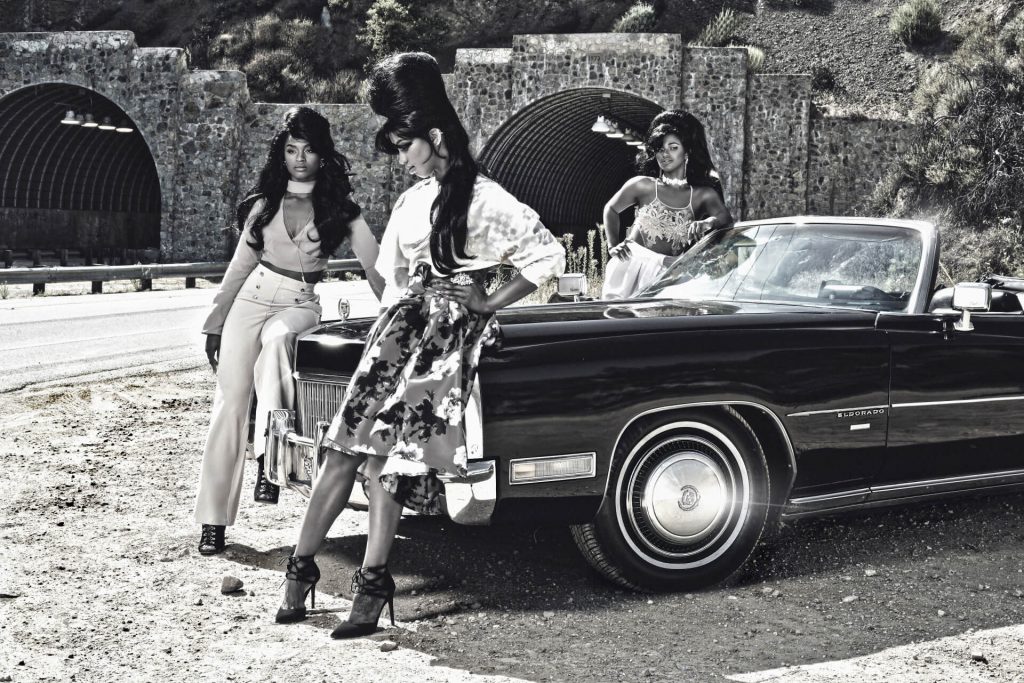 R&B/pop trio The Womack Sisters went viral on Tik Tok this weekend with a post of them performing an acoustic version of “Daily,” an unreleased single from their upcoming eponymous EP out later this Summer.

But who are The Womack Sisters? As the granddaughters of the legendary Sam Cooke, daughters of renowned songwriters and producers Cecil and Linda Womack (Womack & Womack), and nieces of singer-songwriter and R&B icon Bobby Womack, music is in their blood. Taking the American R&B and Pop scene by storm, the music industry welcomes a new generation of royalty with BG, Zeimani, and Kucha, the three gifted and soulful siblings who make up The Womack Sisters (TWS). Although the best friend trio inherited the legacy of musical giants, they are forging a new path with their new EP.

Primarily self-written by the sisters with production by producers Balistic Beats, HighVolume, Tracksion, Jkits, Mr. Kooman, Jpdidthis1, Chemist and HARRIX, The Womack Sisters is an introduction to the LA-based female sibling girl group.

The Womack Sisters offer a refreshing combination of impeccable vocal range, style and versatility, combining the rawness and soul of throwback R&B with the cool-factor and audaciousness of modern day pop. Listeners can find everything from smooth ballads, to upbeat anthems concluding the EP with a stunning cover of the Sam Cooke classic “A Change is Gonna Come.”

In their latest offering, “Lost For Words,” the sisters tell a story of betrayal in a way that most can relate to. “The worst feeling is when you realize that your relationship is not 50/50,” say The Womack Sisters. “We have all experienced it. Regardless of who isn’t putting in the effort, someone always gets hurt. This single is a soulful power anthem that embodies the experience of pain and that someone’s lack of effort can leave an individual ‘Lost for Words’ when evaluating a relationship.”

Growing up in a close-knit family on the road alongside their four siblings, the sisters are forever grateful for the vocal and composing gifts they inherited. Pulling double duty as both a loving father and industry guide, Cecil wanted his children to understand the inner workings of the music business. TWS experienced a once-in-a-lifetime childhood as they performed worldwide alongside their parents and touched the hearts of thousands working with the Rolling Stones, Ozzy Osborne, Annie Lennox, and many others. They were also proud to work with their uncle Bobby Womack, performing background vocals on his final tours. Their upbringing and life-changing moments have influenced the sisters’ sound, feel, and energy.

Living in the glow of their family legacy, the sisters are now ready to step into the spotlight, share their talents with the world, and introduce a new wave for their generation.

Currently making their home in Los Angeles, the girls are busy perfecting their upcoming debut album originally set to release in May 2022. Between their long lineage of enriching musical history, they draw strength from their bond, for it is as unshakable and as strong as the music they create. These young ladies are stone cold veterans even though you may not have heard of them yet.