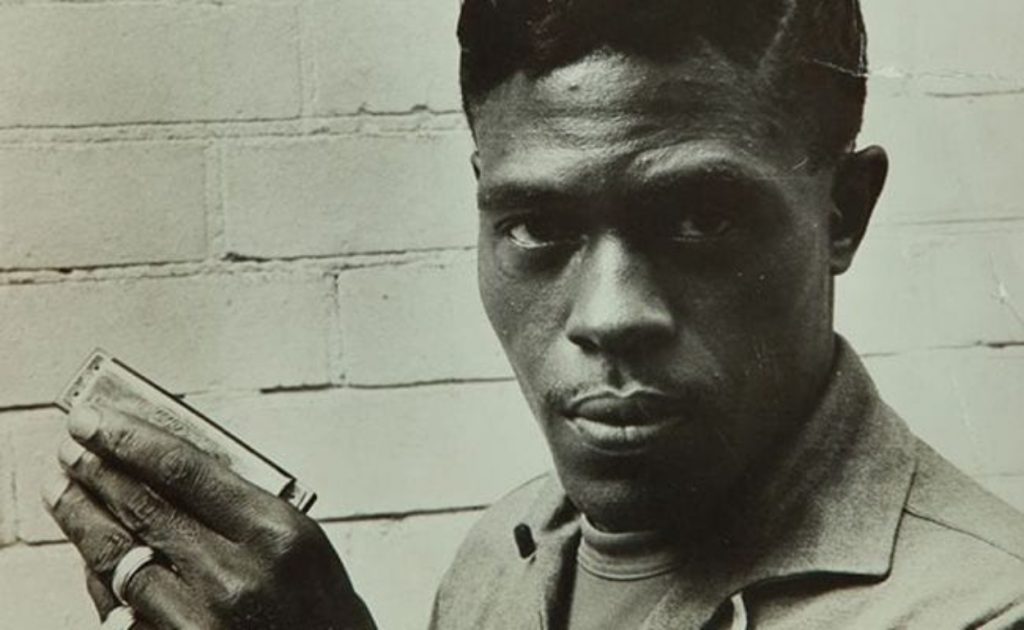 Welcome to Windy City Wednesday. This newest offering from American Blues Scene will share classic and sometimes forgotten blues albums from some of the most iconic Chicago blues men and women ever to grace wax. This edition focuses on the album Southside Blues Jam by the late, great Junior Wells.

Southside Blues Jam is the seventh album release by Junior Wells, and the fifth with longtime friend and jam partner Buddy Guy. Recorded December 30th, 1969 and January 8th, 1970, the recording captured what a listener may hear on any Monday night at Theresa’s Blues Bar, 48th and Indiana in Chicago’s South Side. The Blue Monday regulars, including Buddy Guy are joined by the late Otis Spann, the greatest blues pianist of his generation, making his last studio appearance and to whom this album is respectfully dedicated by Junior, the musicians, and…the Delmark staff.

There were a total of 15 tracks recorded over these two days, with many of the songs having been written by Wells. Guy provided guitar on eight tracks, and the vocals on one, while Louis Myers was on guitar for nine of the cuts. Earnest Johnson was on bass, and Fred Below on drums.

Wells was born Amos Wells Blakemore Jr., on December 9th, 1934 in either Memphis, Tennessee or West Memphis, Arkansas. He was taught harmonica at a very young age, having been tutored by his cousin, Junior Parker, and Sonny Boy Williams II. By the age of seven, he was a skilled harmonicist. At the age of 14, he moved with his mother to Chicago and began sitting in with local musicians at house parties and local taverns.

Wells was a wild child, but used music as an outlet. He hooked up with The Aces, a rhythm and blues outfit made up of brothers Dave and Louis Myers, and Fred Below. He soon developed an amplified harmonica sound, influenced by Little Walter. In 1952, at the age of 18, he replaced Walter in Muddy Waters’ band and made his first recordings. Wells recorded several singles in the late 50s and early 60s, including some of his top hits, “Messin’ With the Kid,” and “It Hurts Me Too.”

Theresa Needham, the owner of Theresa’s Place paid decent wages to the artists who played at her club. Blue Mondays took place at a lot of Chicago clubs but the sitters-in at Theresa’s included Sam Lawhorn and Lefty Dizz (both of whom worked with Junior when Buddy was away), Little Walter, Eddie Clearwater, Byther Smith, Billy Boy Arnold, Mojo Buford, Muddy Jr., Phil Guy, James Cotton, King Edward, and Carl Jones. It was THE spot to be on Monday nights.

There seemed to be two kinds of blues in Chicago: the mellow Mississippi-born Muddy-Wolf-Junior kind, which we called south side style. And then the stinging west side sounds of Magic Sam, Luther Allison, and Buddy Guy. You get my point? Junior was able to blend his stuff with Buddy’s.

Shortly after the album’s release, Junior toured Europe with the Rolling Stones. Thanks to Dick Waterman, Junior and Buddy spent a lot of time making better money on the road. (Dick entered the blues booking business after discovering Son House – and only left it when his secretary, Bonnie Raitt needed a full time manager.)

In 1997, Wells began to have serious health problems, including cancer and a heart attack. He died in Chicago on January 15th, 1998. He was posthumously inducted into the Blues Hall of Fame that same year.

Koester said that Junior Wells had a knack for making up lyrics during a performance. This is probably best shown on the original track, “Blues for Mayor Daley,” from Southside Blues Jam.