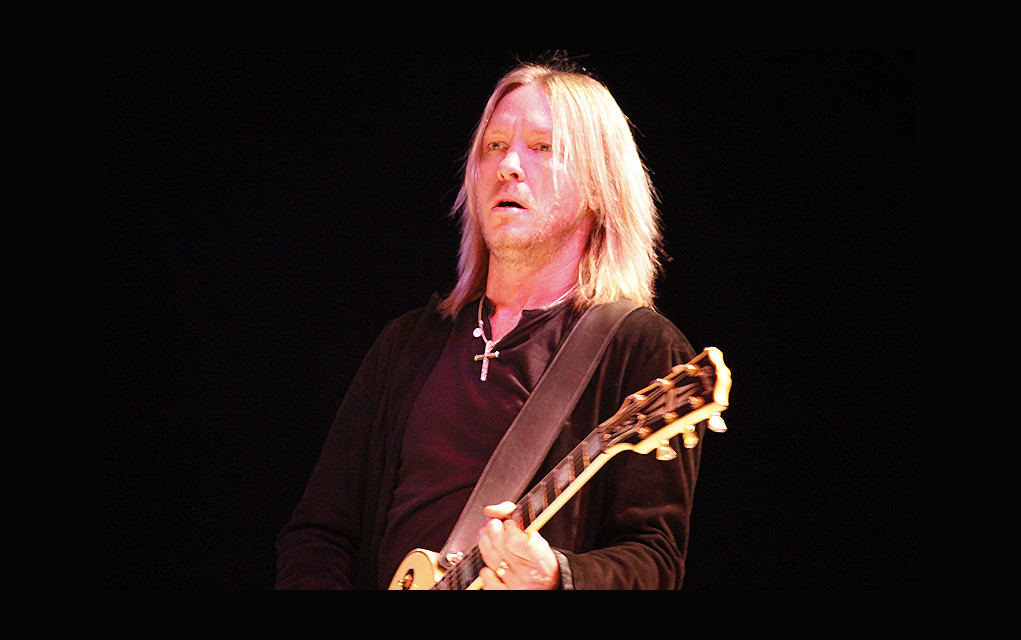 Blues fans either love Kenny Wayne Shepherd, or they hate him. His fans love the way he brings contemporary rock and country influences into original songs that have earned him major air time on radio stations, an unprecedented feat for any blues act since Stevie Ray Vaughan. “Real blues” fans see him as an arrogant kid whose father, a well-known Shreveport radio personality, helped maneuver his 16-year-old son into the business and on to success by stealing the licks of more deserving veteran blues artists whose creativity far outreached their capability of earning a decent living as performers.

Shepherd has just released Lay It On Down, his 10th CD in 22 years. He had completed his first album, Ledbetter Heights months before he graduated from high school. “My friends graduated high school and started going to college trying for years to figure out what they were going to do with themselves. They were gonna major in this and get this degree or that, and they changed their mind five or six times, and then they graduated and went off and did something completely different. I knew what I was doing. I knew what I wanted to do. Then, I got the opportunity to do it.

“I’ve been fortunate enough to have a career that’s going on 25 years and I’m only 40 years old, and some people are lucky if they’re successful and have a career that lasts five years in the music business. So, I think one of the greatest things is to have the kind of music that we do and the kind of fans that come around to see us play, the kind of people who’ve given us the opportunity to continue making music.”

As soon as Elvis Presley combined blues and country into rockabilly and rock and roll, there were those who put him down for watering down the heart and soul of America’s indigenous music. And once he was successful, there were young white artists like Pat Boone who covered African American R&B songs without adding any of their creativity. White teenagers bought their “cleaned up” versions of these songs at the expense of the black versions.

British invasion bands like the Stones, The Animals, Cream and Led Zeppelin put their spin on black blues and helped create a larger mostly white market for the originators. Johnny Winter, Stevie Ray Vaughan, and Kenny Wayne Shepherd bring more to the party. Each has continued to sing the praises of the blues fathers who founded the sound and inspired them to create new music that touches a chord in a wider market. More importantly, they help make new fans for the originators that inspired them to take up a career in music.

That DVD released in 2007 featured Shepherd interviewing and/or jamming with B. B. King, Clarence Gatemouth Brown, Bryan Lee, Buddy Flett, Jerry “Boogie” McCain, Cooties Stark, Neal Pattman, John Dee Holeman, Henry Townsend, Honeyboy Edwards, Hubert Sumlin, Willie “Big Eyes” Smith and Pinetop Perkins. If you take B. B.King out of the equation, I would guess that Shepherd has sold 1000 times the number of records of all the other artists combined.

Today, Shepherd says he did that project “for a lot of those people that were tremendously talented, but never became a household name, to kinda elevate them a little bit and get some of their music out there and get them some exposure at least for my fans. There’s people that may not be aware of some of those artists. We featured a lot of people on there that weren’t considered as successful as somebody like B. B. King, for example, who was on there.

“It’s one of the greatest projects of my career for sure, and who would have known how timely the project was because right before it came out, I think six of the people who are on it had passed away before it was even released, and at this point 17 of them are dead. Yeah, it’s really important to honor these people and really appreciate them and go see them and hear their music while they’re still living.”

Does Lay It On Down cut as deep as Toronzo Cannon’s The Chicago Way? Does it have the jazzy nuances of songs by 2017’s International Blues Challenge winner Dawn Tyler Watson? Would Shepherd win a cutting contest with Selwyn Birchwood? Probably not. But it does slide the ball into the corner pocket of a mass audience that’s grown up listening to Keith Urban, Rascal Flatts, and Blake Shelton. It does rock out and punctuates the beat with guitar licks inspired by Hubert Sumlin and Freddy King.

Shepherd co-wrote all 10 songs on the CD with a number of Nashville’s proven hit songwriters. “I like writing with other people. I actually prefer it ’cause I can sit there and overanalyze things too much if I’m writing it myself. And I also like the creative process collaborating with somebody else. They’re always going to come up with an idea I never would have thought of on my own. To me, there’s great opportunities for something different to happen when you’re working with somebody else.

“There was me and Mark Solby and Tia Sillers who I’ve worked with my entire career. We wrote a few songs together. And then I actually pushed myself outside the box and outside the comfort zone and met with new people and tried a lot of collaboration with people I never mixed with before to try and do something different and to challenge myself.  Some great collaborations happened as a result of that. I wrote three songs with two guys, Dylan Altman and Danny Myrick, and another guy, Keith Stegall, he’s a famous guy. He’s a producer, even an artist, and songwriter. I’ve always found that country music and blues music has a lot of similarities. It’s not really that farfetched to be writing with people in Nashville.”

As far as daddy getting him his record contract? “My dad managed radio stations in my home town, and he knew some people in the industry, but he couldn’t pick up and phone and get the head of like Giant Records, Irving Azoff, on the phone and say, ‘I want you to sign my son to a record deal.’ That kind of stuff happened on its own. But he helped me. He facilitated things.

“He got the laws changed in my city (Shreveport, Louisiana) so that I could be able to play in bars because the laws wouldn’t allow me to at first. He got the laws changed so the parent or legal guardian wanted under the age of 21 or 18 or whatever it is to play and perform in places that served alcohol and he (took) me around everywhere I went and managed things and helped me make decisions.

“So, he was instrumental in it, but he didn’t wave a magic wand and make me a rock star, you know what I mean, which I think some people in my home town (think) because he was like very well known in my home town on radio. Some people think he just said, ‘You were  gonna be famous, and that’s what happened.’  But that’s not what happened. We worked really hard to get where we are.”