New Janiva Magness ‘Love Is an Army’ On the Way 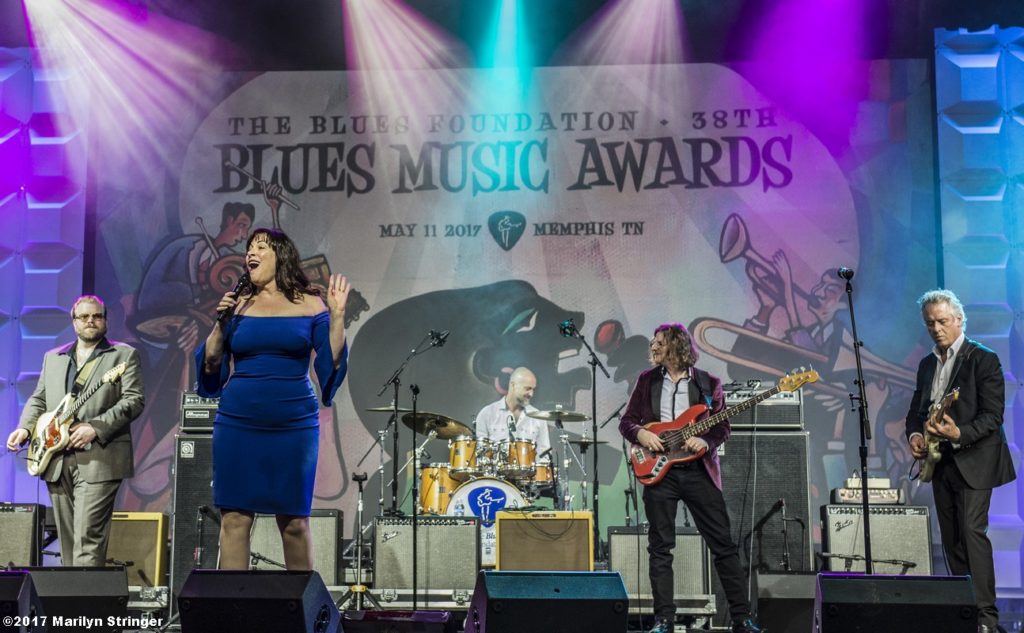 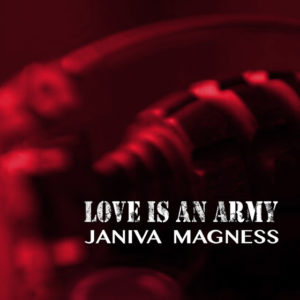 Los Angeles, CA — Janiva Magness added a 2016 Grammy nomination to her 26 Blues Music Award nominations — with seven wins, including Entertainer of the Year. Magness’ upcoming album, Love Is an Army, is brilliantly crafted and a bridge between the past and present. It blends echoes of classic soul and Americana music with timeless themes of love and the contemporary sound of protest.

Love Is an Army’s dozen songs reverberate with the character of the enduring Memphis Rhythm & Blues patented by the Stax and Hi Records studios, especially in tracks like “Back to Blue,” and “Hammer,” featuring Charlie Musselwhite on harmonica. The title number is a duet with Texas singer-songwriter Bryan Stephens, and “On and On,” showcases Poco frontman Rusty Young on pedal steel guitar. Like Magness, both Stephens and Young are on Blue Élan Records.

Magness’ inspired vocal performances display new heights in her clarion tone and elegant phrasing, as witnessed in the gospel voice-and-piano arrangement of “Some Kind of Love.” The core of the album is, the songs that Magness and her guests perform superbly. Many of those songs are essentially protest numbers, so it’s fitting they take musical inspiration from the ’60s and ’70s recordings by the likes of The Staple Singers and Al Green, whose lyrics about strength and love cut through the hubris and deceit that surrounded the Civil Rights struggle and the Vietnam War like a laser.

“Dave Darling and I had a real sense of urgency when we were writing and recording this album,” Magness explains. “What led the album was the lyrics, and the things that are happening right now — the division, the racism, the violence, and our leaders’ lack of concern about basic human issues like health care and poverty. The first song Dave and I wrote was ‘Love Is an Army,’ and then David brought in ‘Home,’ and the direction of the album was clear.” Dave Darling has produced six albums that garnered Grammy nominations. His collaborations include albums with Brian Setzer, Glen Campbell, Dan Hicks, and the Stray Cats.

Magness considers the title song a rallying call and an expression of her sense of purpose. “When I sing ‘you know that I will fight for you/There’s no divine inspiration/Something else calls us here/And our hearts know what to do,’ I really mean it. Now, in particular, it’s once again important for us all to do the right thing, and I’m willing to do that, regardless of the cost.”

“Home,” a duet with Cedric Burnside, is equally galvanizing. “Mom and pop protect the borders,” Magness testifies over a deep groove punctuated by handclaps and tambourine. “Draw the line deep in the sand/Load the guns for sons and daughters/To steal freedom of another woman and man.” Burnside reinforces the lyrics with a heart-searing performance that balances his earnest singing with burly psychedelic guitar tones that sting like an angry bee.

“I realize that this album might be a challenge for some of my fans,” Magness says — although her singing and the album’s rich arrangements are a panacea throughout. “But I need to be honest, and I’ve always been a fighter.”

As if spotlighting that, Magness carried a pair of boxing gloves on the cover of 2016’s Love Wins Again, which earned her a Grammy nomination and cemented her crossover success in the Americana music scene. That year she also performed at the Americana Music Association’s annual festival in Nashville. And, indeed, Magness fought some tough battles before she launched her career. She lost both parents to suicide as a child and was placed in a dozen foster homes. But, inspired by the encouragement of her final foster mother and a galvanizing performance by the legendary bluesman Otis Rush, she found stability and salvation in music.

Since the early ’90s, Magness has built an impressive career in American roots music, brick by hard-earned brick. She has traveled millions of miles, sung on thousands of club and festival stages, and made a string of recordings — including five albums and the 2017 EP of standards, Blue Again, with Darling — that have earned accolades and awards.

Beginning with 2014’s Original, she has also emerged as a talented songwriter. She is only the second woman, following blues giant Koko Taylor, to receive the honor of B.B. King Entertainer of the Year, presented to her by B.B. King himself and Bonnie Raitt, and she has been keeping up with year-around touring throughout the U.S., in Europe, and even as far as Australia and India recently.

“Getting a Grammy nomination was a dream,” Magness offers. “I never thought I’d be a Grammy-nominated artist. But I guess I also feel a certain amount of pressure to follow that with an album that really makes a statement — a statement about who I am and what I believe and the music I love. Love Is an Army does all of that, and I hope it helps somebody else to be as inspired and empowered as I was when we were making it.”